THE REVERSION - PART I (Chapter 6) 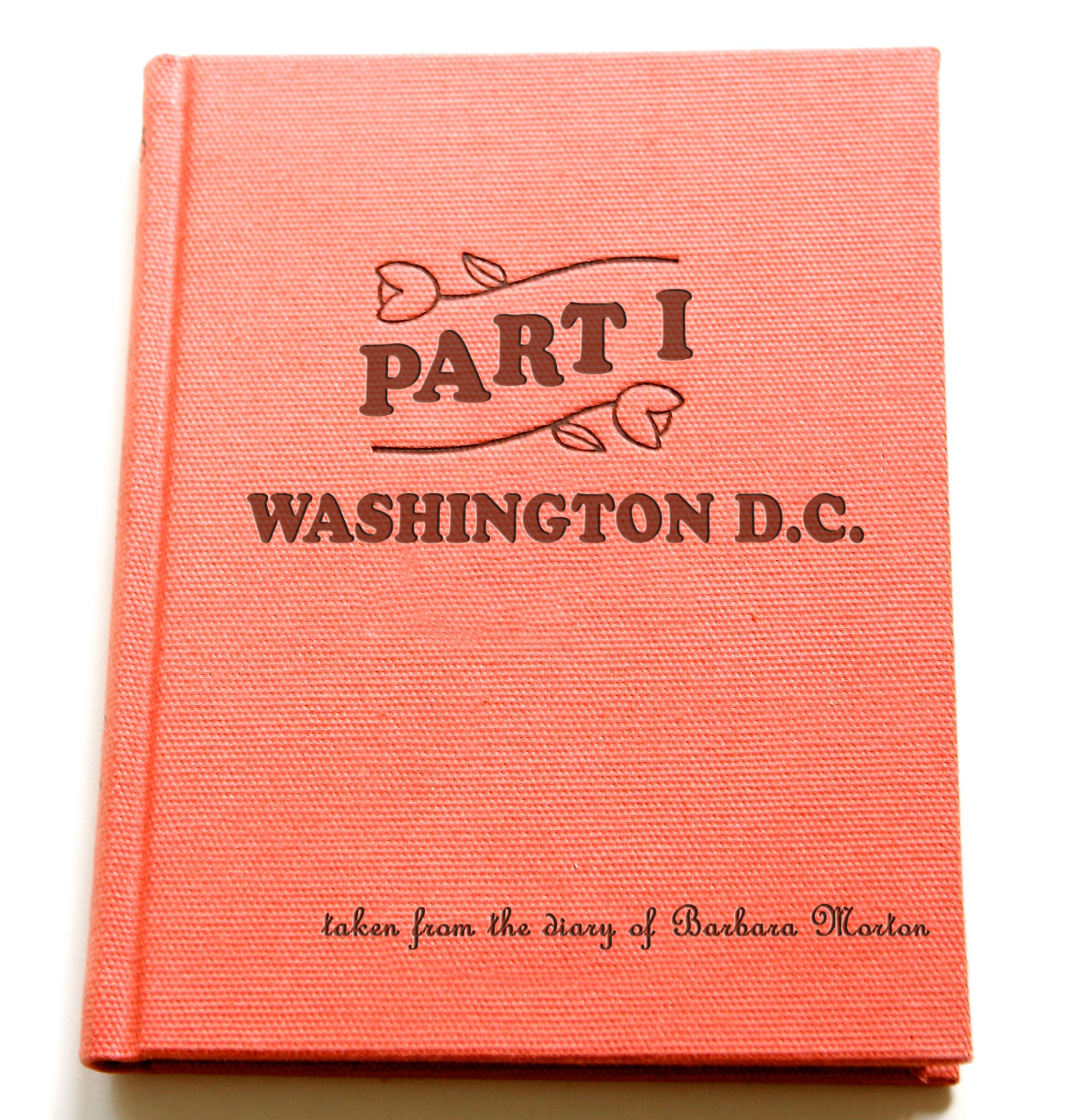 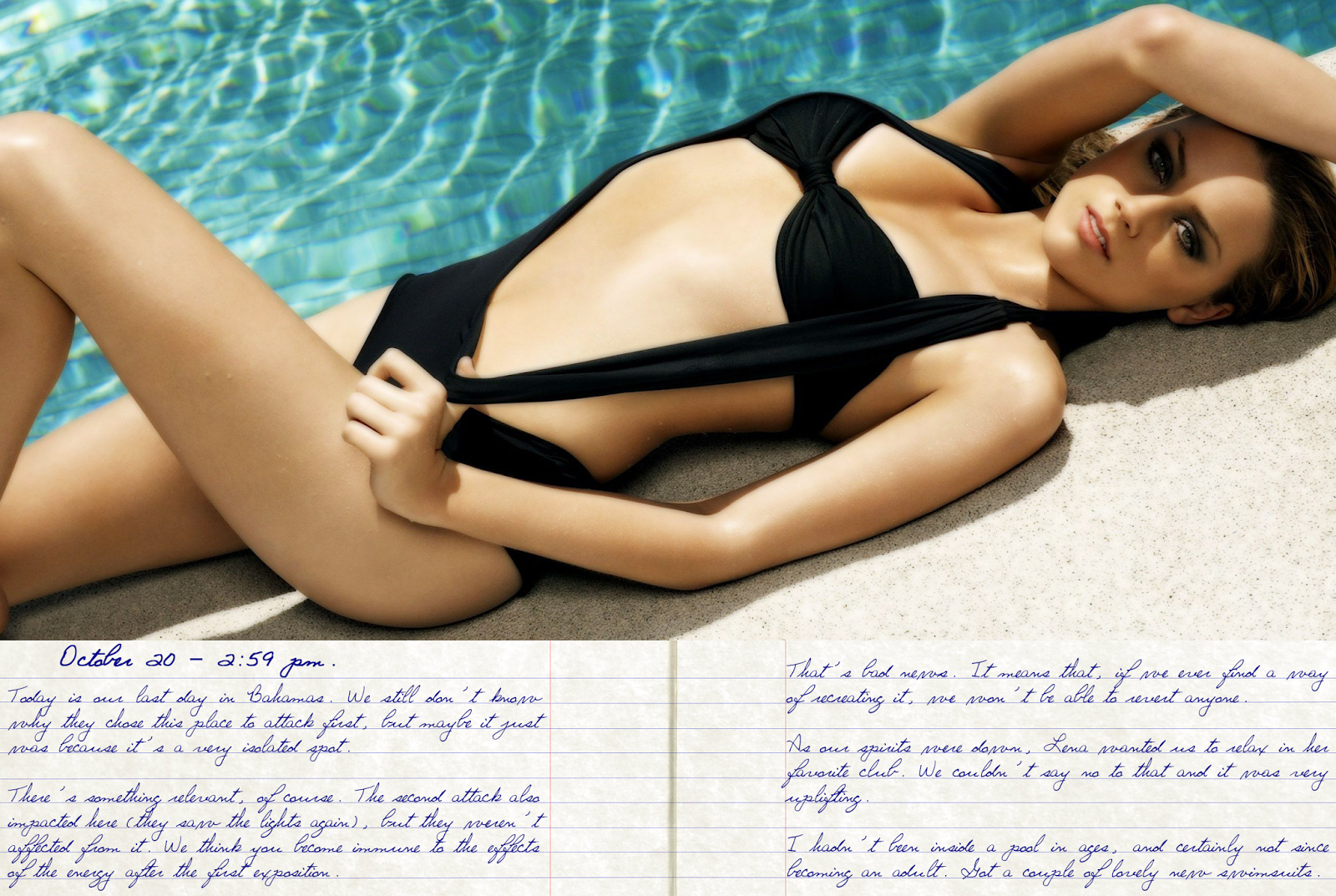 Finally getting some rest. What an exhausting day. Lately, every day has been exhausting, actually, which is why I haven’t updated my diary any more.

As tiring as my new role might be, I’m actually enjoying it. Maybe it’s because I’m doing something relevant for human kind, but I feel it’s quite rewarding. I mean rewarding as a figure of speech, of course. It’s not like we have discovered anything significant yet.

We’re no closer to find how The Reversion operates. Fact is, we are trying to find an answer to something we can’t quite grasp.

Medically, I’ve witnessed how the mysterious energy affects a human body. How it makes hormones react in an specific way in a matter of minutes, and how it does things we believed impossible until now, like making bones smaller.

But what about the effects in our surroundings? I don’t think my fellow investigators will ever find a scientific answer to how clothes are transformed and identities rearranged.

I’m starting to believe that only the paranormal section of the team has any change of discovering something, as much as my logical mind opposes to the idea.

We haven’t been able to help the Pentagon identify the responsible agent either. Is it human? An alien? Or is it, as some have suggested, a work from God? I do not think that. If a deity had been involved, the deed would have been perfect, and there are hundreds of instances of what we call reversion Paradoxes. That means that, as careful as the construction of the new reality obviously is, there are several gaps in logic. The most glaring one? If all adults are now 25, and all our children are ten, that means we had them at 15 in this new reality? And so on.

Anyhow, I’m now starting a new phase of the investigations: I’ll check on the anomalies: those few people who haven’t been transformed according to the same rules as the majority.

Lena plays a large role in identifying interesting cases and reporting them to us. Mostly, people volunteer this information: they write to her from all parts of the world. She shares the relevant ones, but still finds time to try and answer everyone, regardless of their overall importance: I saw her the other day giggling at a particularly cute letter from a little girl in South America, written in crayons.

So, this means I will be travelling a lot for the next few months. Tomorrow we’re set for Lena’s hometown in the Bahamas, the place when everything started, to see if we find anything.

We arrived safely to the island yesterday. We had a nice reception at the hotel, and today we’re starting the inquiries.

Today is our last day in Bahamas. We still don’t know why they chose this place to attack first, but maybe it just was because it’s a very isolated spot.

There’s something relevant, of course. The second attack also impacted here (they saw the lights again), but they weren’t affected from it. We think you become immune to the effects of the energy after the first exposition.

That’s bad news. It means that, if we ever find a way of recreating it, we won’t be able to revert anyone.

As our spirits were down, Lena wanted us to relax in her favorite club. We couldn’t say no to that and it was uplifting.

Examining anomalies these last few days. There was this old woman, for instance, who started regressing like every other adult. Instead of becoming 10, though, she stopped at 25. She’s obviously quite happy about the situation.

Studied another curious anomaly yesterday: a 14 years old boy aged into a 25 years old, but his gender got reversed! He’s now a female adult version of himself. He, or rather she, is working as an interior designer in Canada, and we paid him a visit.

I believe her DNA had somehow imprinted on the genetic code of her twin sister, who was stillborn. Maybe The Reversion energy picked it up and make it emerge. Luckily, these gender changes appear to be very rare.

Got a late call from Jane tonight because she forgot the time difference. Now I can‘t sleep, but luckily, I’ve got an intersting view from my room here in Prague.

It turns out Jane has decided to pay Thomas’ treachery with the same coin: she tracked her school crush Malcom’s location. He’s still single, and Jane has begun an affair with him. I don’t necessarily approve of this response, and I think she should simply terminate her marriage before anything else, but at least it’s a good sign she has decided to put her own happiness before that creep of a husband.

More aging anomalies this week, including children bellow 5 who still aged to 25, a 17 years old girl who progressed instead of regressing, despite being past the regular age, and a couple of former kids who aged past 25. There’s a girl who became 32 and a new man of 41. He’s the oldest person in the World, as far as we know.

Lena Underwood and I have become fast friends. We are in Russia right now, and today was our day off.

Had a good time visiting the city with her, and we even went shopping for a while. She purchased a gorgeous leather jacket that I wouldn’t be able to wear in such a cold climate. I was wearing a very fluffy coat.

Walking with her is like doing so with a movie star. Everybody recognizes her, and then there’s the paparazzis. I’ve been spotted with her so many times now that now they know me too, and are becoming quite annoying. Thankfully, our security escorts, the Secret Service twins, are glad to drive them off.

By the way, we had a good laugh with the twins today. We were walking in the street when they were offered a good time by three… uhm… sex workers. They blushed, and stammered, and it was simply too funny. Now Lena can’t stop making a very good impersonation of their Russian accents in front of the twins.

Today in Hamburg, I came across the most extreme reality change I’ve studied so far. I was conducted into a modern building to meet the victim, who is the CEO.

Cristina Juárez was a Mexican girl of 12, who recently moved with her family to this city. Then The Reversion hit and, while there were no problems with her aging and she became 25 as expected, she made a full transition into a German citizen named Kirsten Junger.

Not only is her new phenotype obviously Teutonic, with her now fair hair and skin, but she has also lost any knowledge of the Spanish language. She's now capable of speaking German in a native level, and her new documentation identify her as being born in Germany. None other of her family members has been affected this way.

As bizarre as this is, it’s not an isolated incident, and there are more reports of this than I would have anticipated. Rarer, are other reality-warping anomalies, like a baby who, though unchanged, became the legal owner of a large company and the father of three adults, or the girl who grew up into an exact duplicate of her pop singer idol, down to her voice and musical abilities. Lena is even set to interview a pair of siblings who are now married to each other, which is extremely uncommon, according to our surveys.

In a plane right now. We’re all returning to Washington today. The twins drove me to the airport, and as I suspected, there was a lot of media coverage. They indeed know who I am now , and many a photographer yelled “Doctor Morton!” when I arrived.

Our anomalies research tour is over. Can’t say we’re much wiser as to what exactly happened. You can see the disappointment in all team members, though there’s still a few lines of research we’ll attempt. But we all craved for something a little more enouraging to report on our return.

It’ll be good to see my family, though. Bought a few mementos for the kids.
Posted by The Planet of the AP at 11:30 PM