THE REVERSION - PART I (Chapter 4) 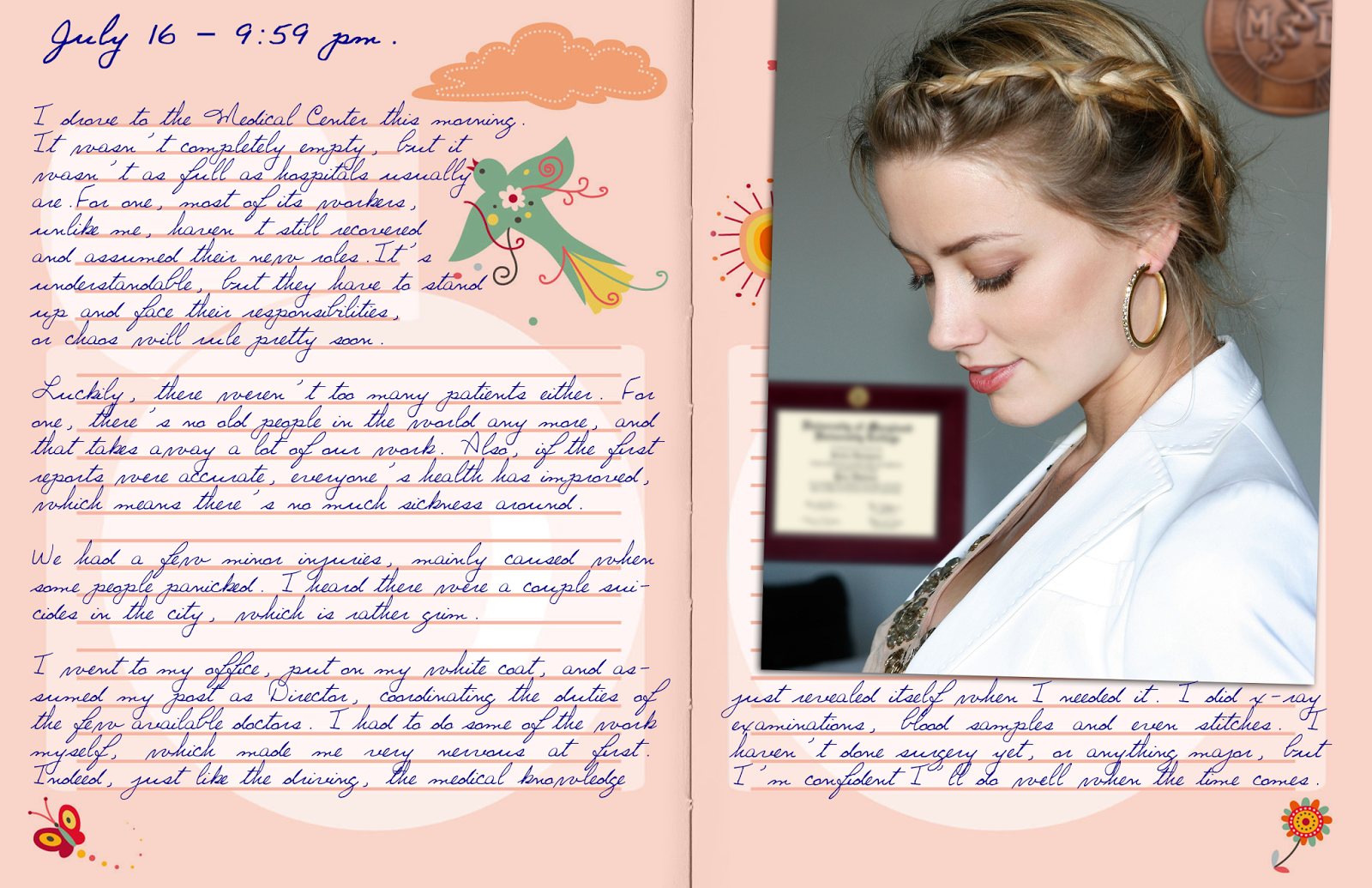 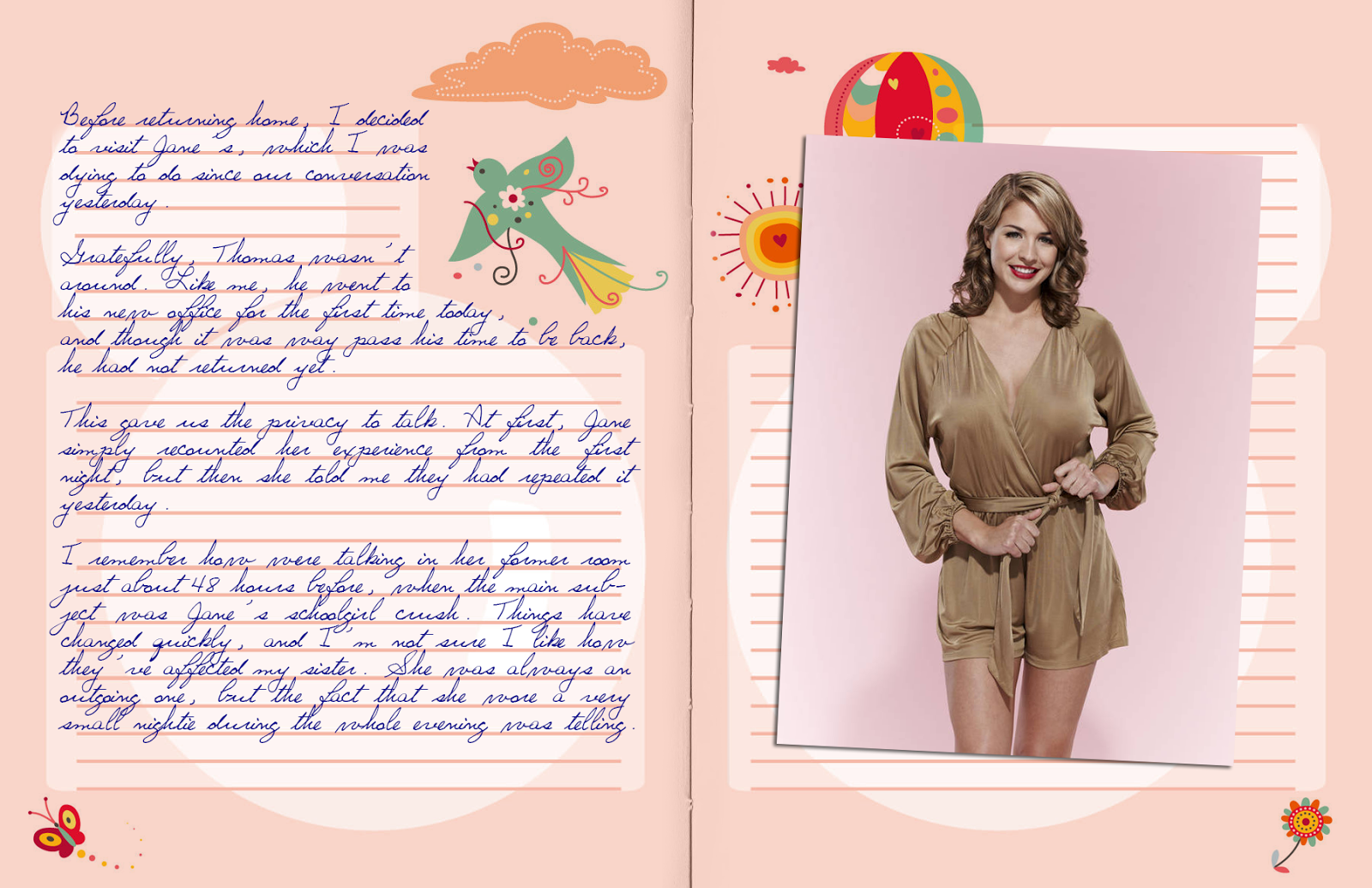 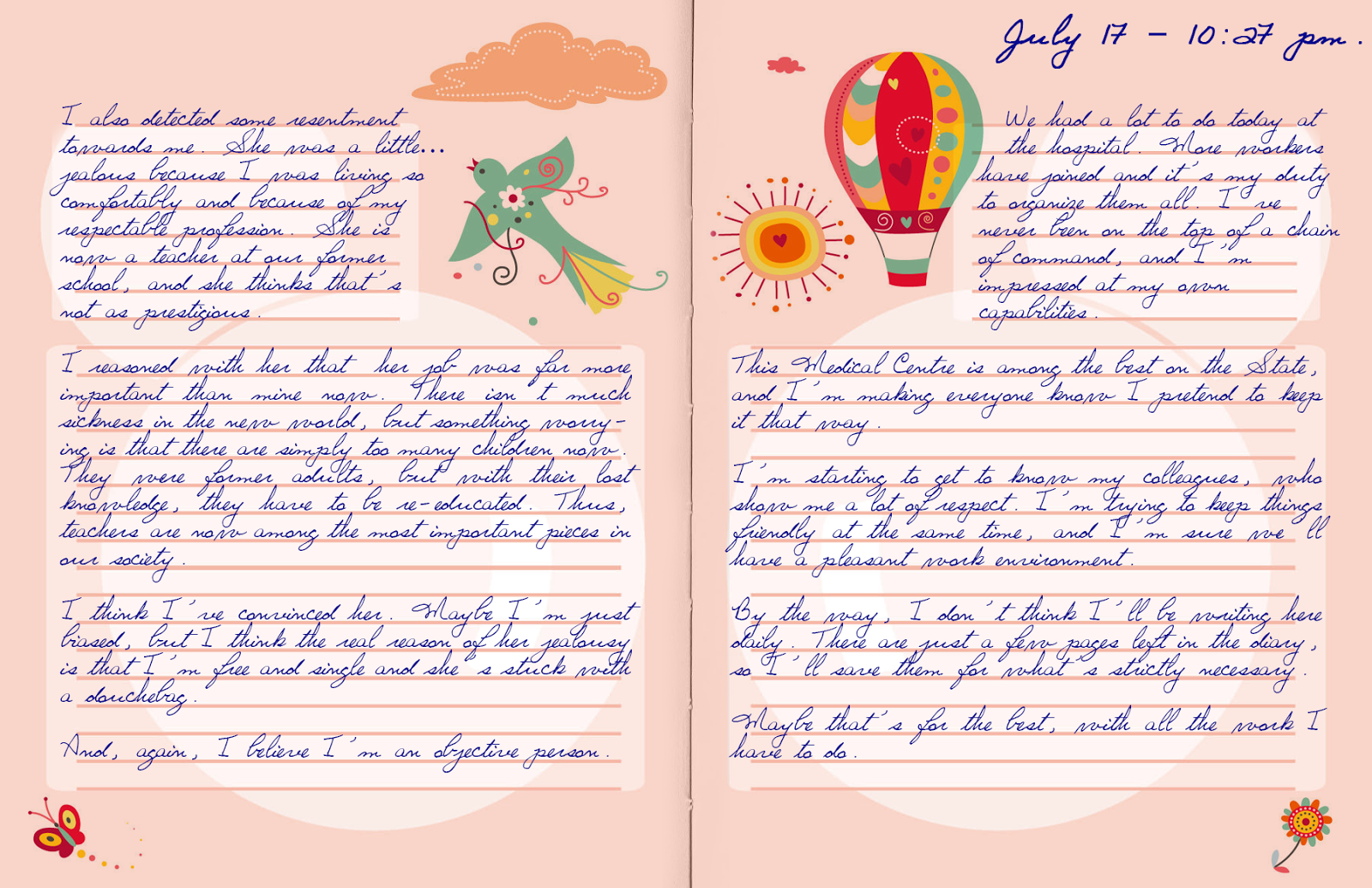 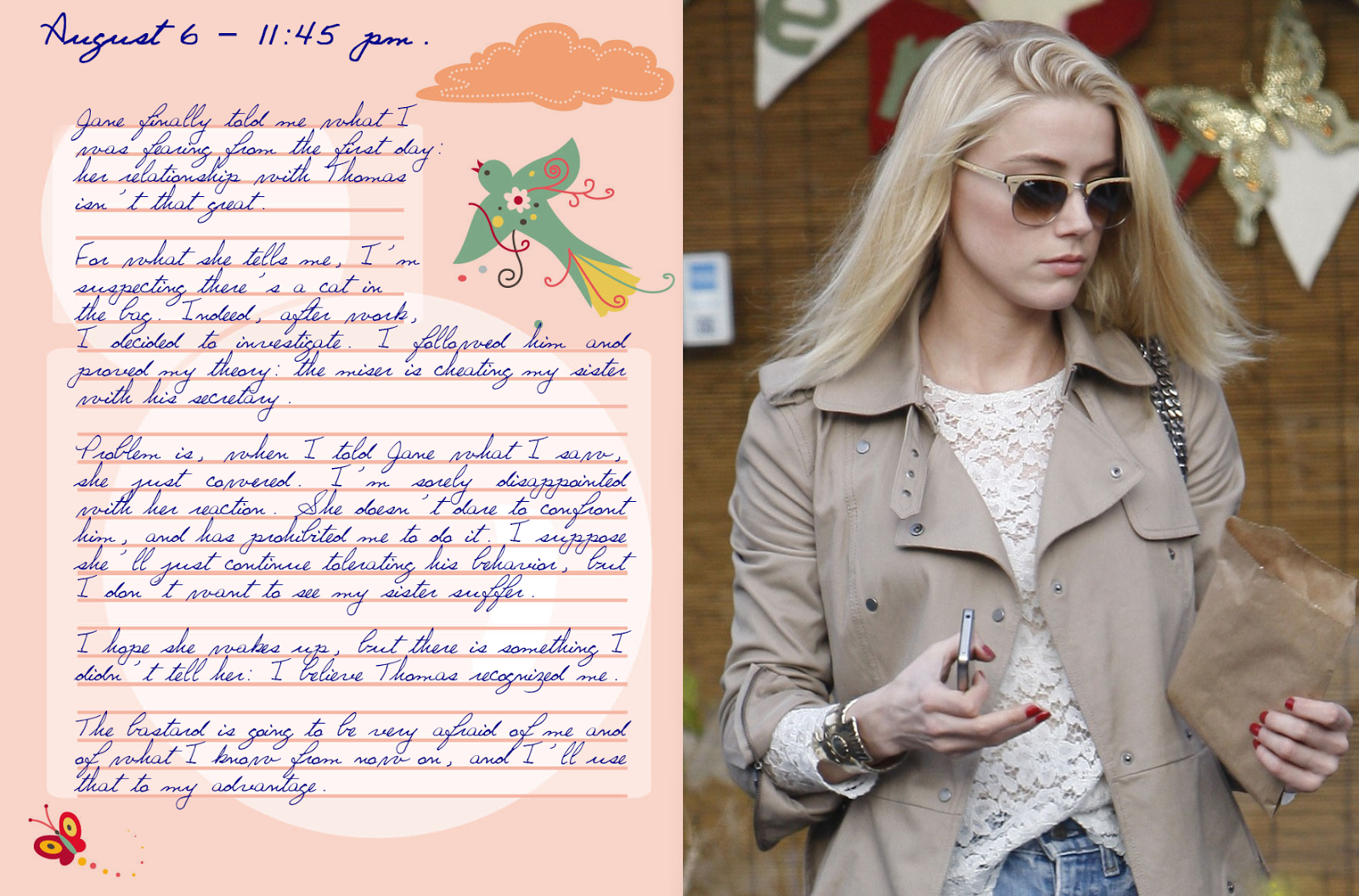 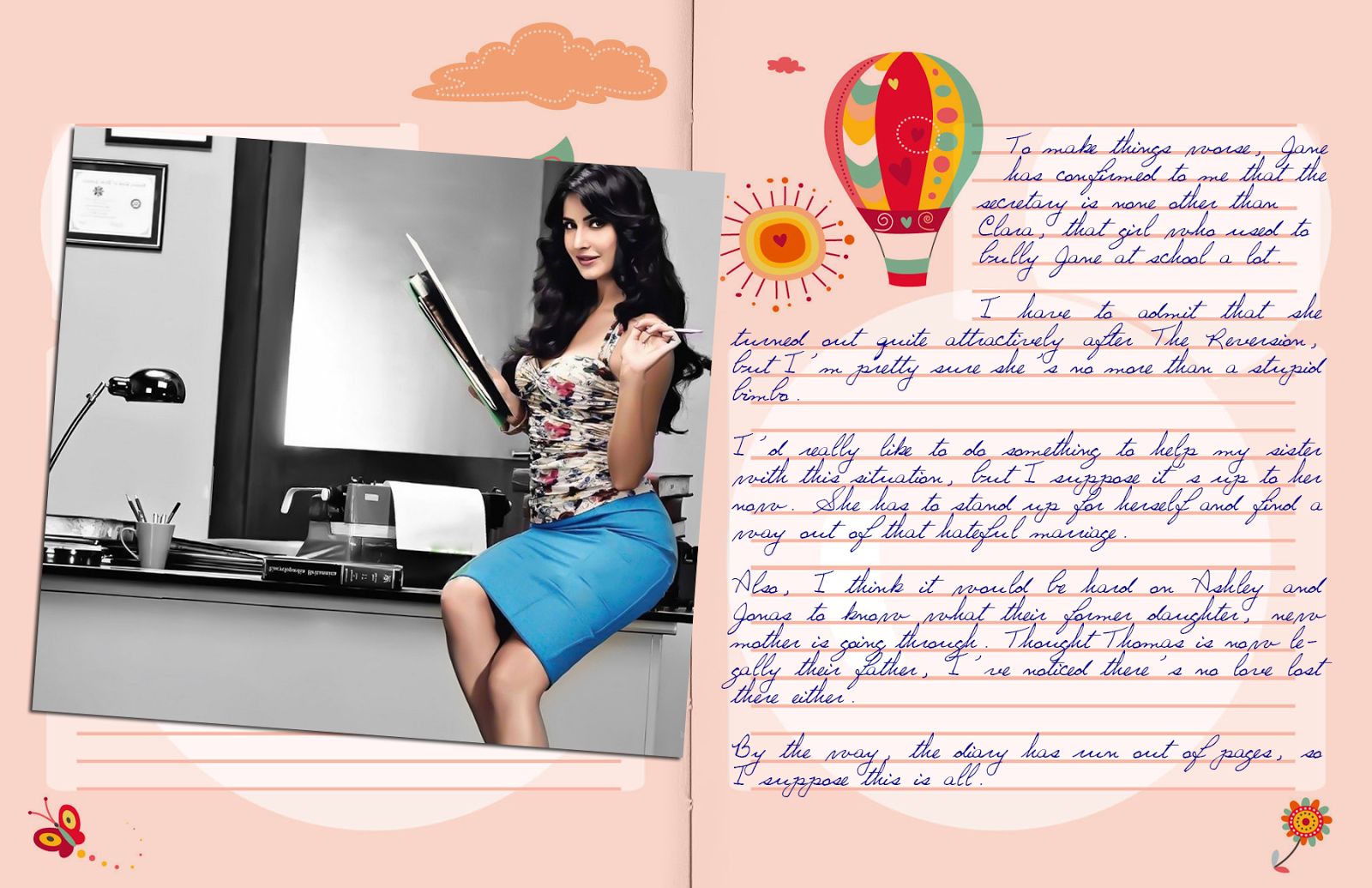 I drove to the Medical Center this morning.

It wasn’t completely empty, but it wasn’t as full as hospitals usually are. For one, most of its workers, unlike me, haven’t still recovered and assumed their new roles. It’s understandable, but they have to stand up and face their responsibilities, or chaos will rule pretty soon.

Luckily, there weren’t too many patients either. For one, there’s no old people in the world any more, and that takes away a lot of our work. Also, if the first reports were accurate, everyone’s health has improved, which means there’s no much sickness around.

We had a few minor injuries, mainly caused when some people panicked. I heard there were a couple suicides in the city, which is rather grim.

I went to my office, put on my white coat, and assumed my post as Director, coordinating the duties of the few available doctors. I had to do some of the work myself, which made me very nervous at first. Indeed, just like the driving, the medical knowledge just revealed itself when I needed it. I did x-ray examinations, blood samples and even stitches. I haven’t done surgery yet, or anything major, but I’m confident I’ll do well when the time comes.

Before returning home, I decided to visit Jane’s, which I was dying to do since our conversation yesterday.

Gratefully, Thomas wasn’t around. Like me, he went to his new office for the first time today, and though it was way pass his time to be back, he had not returned yet.

This gave us the privacy to talk. At first, Jane simply recounted her experience from the first night, but then she told me they had repeated it yesterday.

I remember how were talking in her former room just about 48 hours before, when the main subject was Jane’s schoolgirl crush. Things have changed quickly, and I’m not sure I like how they’ve affected my sister. She was always an outgoing one, but the fact that she wore a very small nightie during the whole evening was telling.

I also detected some resentment towards me. She was a little… jealous because I was living so comfortably and because of my respectable profession. She is now a teacher at our former school, and she thinks that’s not as prestigious.

I reasoned with her that  her job was far more important than mine now. There isn’t much sickness in the new world, but something worrying is that there are simply too many children now. They were former adults, but with their lost knowledge, they have to be re-educated. Thus, teachers are now among the most important pieces in our society.

I think I’ve convinced her. Maybe I’m just biased, but I think the real reason of her jealousy is that I’m free and single and she’s stuck with a douchebag. And, again, I believe I’m an objective person…

We had a lot to do today at the hospital. More workers have joined and it’s my duty to organize them all. I’ve never been on the top of a chain of command, and I’m impressed at my own capabilities.

This Medical Centre is among the best on the State, and I’m making everyone know I pretend to keep it that way.

I’m starting to get to know my colleagues, who show me a lot of respect. I’m trying to keep things friendly at the same time, and I’m sure we’ll have a pleasant work environment.

By the way, I don’t think I’ll be writing here daily. There are just a few pages left in the diary, so I’ll save them for what’s strictly necessary.

Maybe that’s for the best, with all the work I have to do.

What a tough experience. Today we had someone dying on the hospital for the first time. A car crash. We could not do anything. I suppose I have to get used to this kind of things and develop some sort of armor against them.

On a more positive note, everything else has been going wonderfully. I’m impressed on how capable I’ve become. I’m suddenly open to a new world of knowledge. I can’t believe exactly a week ago I was living with the limited intellect of an 11years old girl. That’s quickly making me very popular around here.

I was decided not to tell anything or make a fuzz about it, but it’s the third time it happens, so I’m starting to believe I should record it.

Today, Doctor Parker asked me out. It was embarrassing, and last week, another colleague did the same. A patient did, too. That’s the three times, and I’m afraid it’s bound to happen again. Can’t deny I’m curious, but not really interested. I’ve turned them all down, obviously, but tried to be nice.

Jane finally told me what I was fearing from the first day: her relationship with Thomas isn’t that great.

For what she tells me, I’m suspecting there’s a cat in the bag. Indeed, after work, I decided to investigate. I followed him and proved my theory: the miser is cheating my sister with his secretary.

Problem is, when I told Jane everything I knew, she just cowered. I’m sorely disappointed with her reaction. She doesn’t dare to confront him, and has prohibited me to do it. I suppose she’ll just continue tolerating his behavior, but I don’t want to see my sister suffer.

I hope she wakes up, but there is something I didn’t tell her: I believe Thomas recognized me.

The bastard is going to be very afraid of me and of what I know from now on, and I’ll use that to my advantage.

To make things worse, Jane has confirmed me that the secretary is none other than Clara, that girl who used to bully Jane at school a lot.

I have to admit that she turned out quite attractively after The Reversion, but I’m pretty sure she’s no more than a stupid bimbo.

I’d really like to do something to help my sister with this situation, but I suppose it’s up to her now. She has to stand up for herself and find a way out of that hateful marriage.

Also, I think it would be hard on Ashley and Jonas to know what their former daughter, new mother is going through. Thought Thomas is now legally their father, I’ve noticed there’s no love lost there either.

By the way, I’ve run out of pages in this diary, so I suppose this is all.
Posted by The Planet of the AP at 9:15 AM