Hermione Granger and the Time-Turner Incident

I was surprised by the large response my previous Harry Potter request received. There were many calls for a follow ups, and one of them even mentioned the storyline I had originally considered for that previous story.

Here's a follow up. It's technically a prequel, as it happens a year before the Ginny one, but there are no common elements between the two, other than they happen in the same universe, really, so they're complete separate stories.

Also, sorry this is a one shot, without the classic before and after pictures, but it was done as a quickie, and finding an adequate before image was strangely difficult. 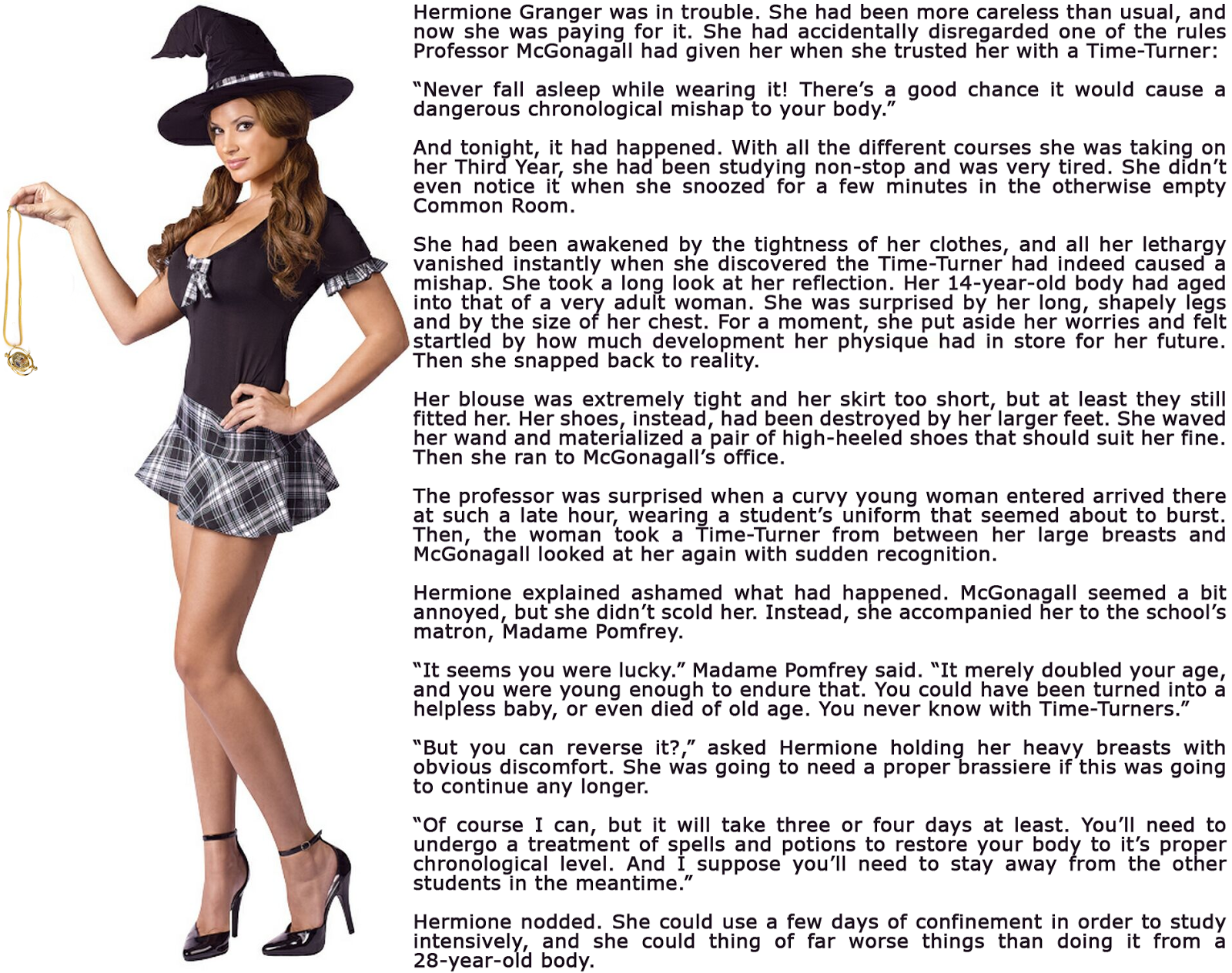 Related stories: Ginny Weasley and the Aging Potion
Posted by The Planet of the AP at 12:48 AM