As I said before, BLZBub had already answered these questions, but he didn't want to be the first one to have them posted. So now that Ageiss has won a poll too and her answeres have been posted, he gracefully allowed me to share his views. 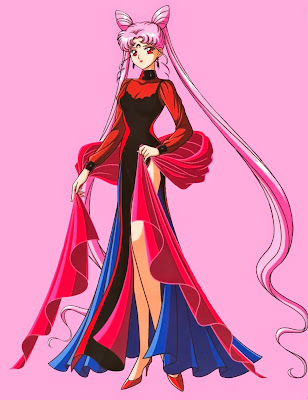 How did you discover you liked Age Transformations?

I had always had an interest in transformations, but I really started to get interested in age TFs around the time I was, ahem, going through my own transition out of childhood.

What would you say is what makes you enjoy Age TFs?

I suppose the biggest appeal that age TFs has is that I like the idea of any kid, cute or not-so-cute, growing up into a sexy adult.

What are your all-time favorite pieces of Age TF fiction and why? (you can name stories, DeviantArt drawings, etc)

I’m not sure if I can name every story that are on my favorites list but I’m pretty sure I can list my top picks at least: Misty Has a Change by Azarel, Rini’s Change of Fortune by AP Scout, A Girl’s Night Out by Oni, Ethnic Candies by LJM, Christmas Cookies also by LJM, Dating Ethnics by Max, Halloween Cookies by Merlin, Keisha by bobby, Maria also by bobby, Strong Vitamins again by bobby, The Video Game by Merlin and Bobby, Walking the Ages by Max, multiple stories on CYOC (particularly involving the Ring of Age line), the list can really stretch on if I wanted to, but I think this is more than enough to give the impression of what I like.

With pictures, it’s a bit harder to place as the stories and I’m not really comfortable with stating it outright. Though there are some Yahoo groups like Merlin’s Aging Women where I find some good captions.

What are your favorite depictions of Age TF in media and why? (you can include movies, TV, comics, etc)

Given how much media there is, it’s hard to pick out particular selections, not to mention the exclusiveness of my favored genre. Though for me, I guess my top picks would include Rini’s transformation to Black Lady/Wicked Lady from Sailor Moon, the Skip episode from Lilo & Stitch: the Series, Sari’s upgrade from Transformers Animated, Instant Teen: Just Add Nuts, The Legend of Zelda: Ocarina of Time, just to name a few.

What are your favorite stories from this blog and why?

Picking out particulars is pretty hard since this are several good stories on this site. The Reversion series definitely counts because it puts structure around the transformations. Of course, several of the adaptation stories just for being as faithful as they can be with the limited amount of captions to match the stories, which are typically quite good. I like the Halloween Party series because Halloween is one of my favorite holidays and I like seeing the transition to ‘real costumes’. It might simply be easier to narrow out the stories that aren’t my top choices, but I wouldn’t want to get into that.

I like animal TFs, typically to anthros. I don’t disagree on full animal if there’s a bigger story behind it than just a one-shot. TG is ok, though I’m not as avid about it as other people. Increased beauty and trait swaps are also interesting, but I don’t prefer full body swaps, I’d rather have an actual transformation and switching or copying bodies seems more like a cheat to me. I don’t really care for inanimate TFs and macro/micro are only acceptable if they don’t get to ridiculous scale.

How would your perfect Age TF scenario be?

A prepubescent girl being aged up into a sexy young woman before making romantic advancements with a young man or a boy who’s been similarly aged up into young adulthood.
Posted by The Planet of the AP at 7:33 AM