I should remind you this is a photostory, not captions. So, the focus is on the narrative, not the images. There will only be a few. 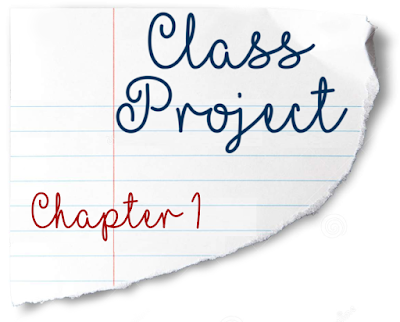 As Natalie’s parents drove her back home, she examined the bottle and the pamphlets that came with it. The bottle of Double-Up said that the contents should be swallowed in one drink and the user should at the very least be wearing very loose clothing. One of the pamphlets gave a description of what an adult body was capable of. Naturally, Natalie was embarrassed to be looking at that one yet.
The second pamphlet contained the rules that the participants of the project would have to follow for the week:

1.       No one who is not part of the project or has been informed by officials should be told about the project, Double-Up, and other confidential information.

2.       Consuming a secondary dose of Double-Up or any unapproved product from Prescott Industries is prohibited.

3.       Unless lessons have been provided, the participants are not allowed to drive a registered vehicle without supervision.

4.       While self-stimulation is permitted (here Natalie blushed quite brightly), sexual engagement with any party is strictly prohibited.

5.       The participants are not allowed to consume alcoholic beverages without responsible supervision and no more than the very start of inebriation.

6.       The participants are not allowed to smoke or use any tobacco or marijuana-based products.

7.       The participants are not allowed to use any non-prescribed drugs.

8.       The participants are not allowed to possess firearms or any weapons that could result in the severe injury or death of another.

9.       Unless accompanied by a supervisor, the participants are not allowed to leave the city limits.

10.   Any criminal activity committed by a participant shall be punished as if the participant was an adult, lasting until the Double-Up dosage expires.

“Are you okay back there?” asked Mrs. Spencer.

“Well, it’s a lot to take in,” said Natalie, “I mean, is this project even a good idea to begin with?”

“What makes you think that?” asked Mr. Spencer.

“Well, this is a serum that can double the age of anyone who drinks it and they’re giving it to a bunch of kids,” said Natalie.

“Well, adults wouldn’t want to get that much older,” pointed out Mr. Spencer.

“I get that, but even so, giving this stuff to a bunch of kids is an invitation for catastrophe,” said Natalie, “I mean, I can understand these rules pretty well and why we should have them. I’m just not sure if I would trust the others to really follow them. I mean, Miranda and Paige would probable follow the rules, but I doubt there are that many kids who are responsible enough to control themselves. Not to mention how immature they’d still be after they’ve drank it. Honestly, sometimes I look at my other classmate and think ‘These are the ones who’ll inherit the world?’ I doubt anyone’s really gonna grow up from all this.”

“Do not want to participate?” asked Mrs. Spencer.

“Don't you want me to?” asked Natalie.

There was a pause before Mrs. Spencer said, “When I was your age, I spent almost all of my time working to help provide for my family. I spent just as much time on my schoolwork so I could make it to a higher education. And all the time I was wishing that I’d grow up so I can do what I wanted to do. Before I knew it, I had grown up and I had a new set of responsibilities. I want you to excel in life, but I don’t want you to miss out on your childhood.”

“It’s not going to be for long. It’ll only last for a week,” said Mr. Spencer.

“But what if something goes wrong with that serum? What if she ends up losing her childhood?” asked Mrs. Spencer.

“Actually, I want to do it,” said Natalie.

Mrs. Spencer looked at her and asked, “Are you sure?”

“Well, it is a project and I want to do the best I can with it. And I am kinda curious about what it’s like to be an adult. I hope I can trust myself to be able to follow the rules, but I want to be the best adult I can be,” said Natalie.

“We’ll support you in any way we can,” said Mrs. Spencer. 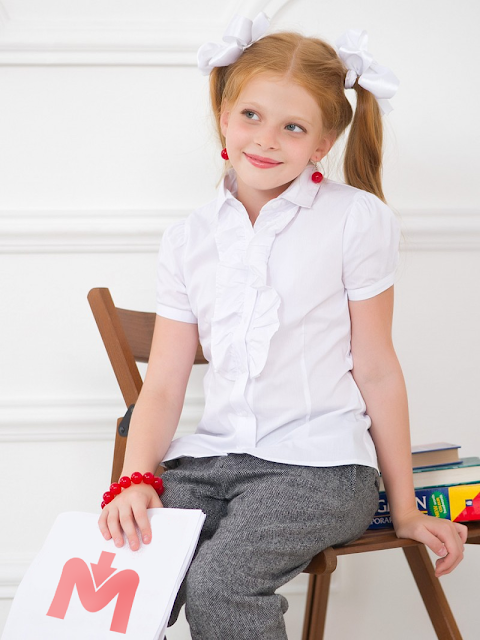 When they got home, Natalie had decided she’d take the Double-Up as soon as she could. Her mom took them up to her bedroom, but her dad was made to wait downstairs for the two girls to finish up.

“I’m not sure how big you’ll get, but I think I’ll have some clothes that may fit you afterwards,” said Mrs. Spencer, “We can always go shopping afterwards.”

Natalie, who had already changed into one of her mom’s winter furry coats, said, “Well, I don’t think I’m likely to be bigger than you, right?”

“It can be hard to tell sometimes,” admitted Mrs. Spencer, “You can still change your mind now. You don’t have to be pressured to do this.”

“I’m not being pressured, I’m choosing this,” said Natalie as she held up the Double-Up vial, “Well, down the hatch.” She quickly gulped down the serum before her doubts or gag reflex could stop her. The serum was very sour with a bitter aftertaste, like someone had made cider out of crabapples and let it ferment too long.

Natalie waited for a while, wondering if this serum was actually for real or it was some kind of trick for whatever conceivable reason. Then she felt a tingle in her stomach which soon spread to the rest of her body.  The tingle intensified as she started feeling the coat move against her. Of course, it wasn’t moving on its own, it was being filled up by her growing body. She noticed how her point of view was slowly rising as she gained more height.

She must have aged about a year or less when the tingles intensified in her chest. She felt her nipples stand on end and expand, much more than they ever had before. Quite soon after that, she felt them start to push forward as the flesh under them started to puff out. She looked down at her chest to see the two points on her chest expanding out at the end of two peaks. She looked in a nearby mirror to see herself enter her early high school years. Her body looked stretched out aside from her budding breasts. Even her face was longer and more angular.

Then the tingling intensified in her bottom, making Natalie give an involuntary moan. Her pelvic region had already been affected by her induced puberty, but she felt the sensation with more force now. She could feel her hips and butt expanding out in womanly shape as her coat started to contort about them. Her pointed breasts had reached their peak and were now starting to swell outwards, changing from cones into spheres. Her legs started gaining more mass to support her female form.

Natalie could guess when she had exited her teens, but even as the tingling started to diminish, she could feel a bit more inflation over her body. Eventually, the only tingling sensations she felt was in her erogenous areas and she knew her growth was complete. She gave a quick glance down at herself to look at the breasts the coat was covering. They seemed big to her, but she wasn’t certain if they were what most people would consider ‘big’.

Then she looked at the mirror again and was stunned by the beautiful young lady that was looking back at her. It was almost like she was looking at one of her younger aunts since her red hair came strongly from her mother’s side. But her mother’s family was more likely to have hazel than green eyes so Natalie could still see her father’s influence in her features. Asides from the color of her eyes and the looseness of her hair, Natalie looked like a younger and slightly thinner version of her mother.

“If I hadn’t seen it with my own eyes, I wouldn’t believe it,” said Mrs. Spencer with amazement.

“I was feeling it and I barely believe it,” said Natalie, testing her new voice. She rather liked it, sounding like something that people could take more seriously than her own voice.

“It looks like we’re about the same size,” said Mrs. Spencer, “That’ll certainly save money in getting you clothes. Shall we get you something to wear?”

“Uh, you mind if I did it myself?” asked Natalie, “I kinda want some privacy.”

“Oh, certainly, I’ll be downstairs with your father. Call if you need anything,” said Mrs. Spencer before walking out of the room.

Once her mom had left, Natalie shyly untied the belt of the coat and opened it a little. She almost immediately covered herself up again. This was just a bit too much for her. She didn’t feel comfortable looking at her adult body. She needed some clothing, other than her very stretched panties. 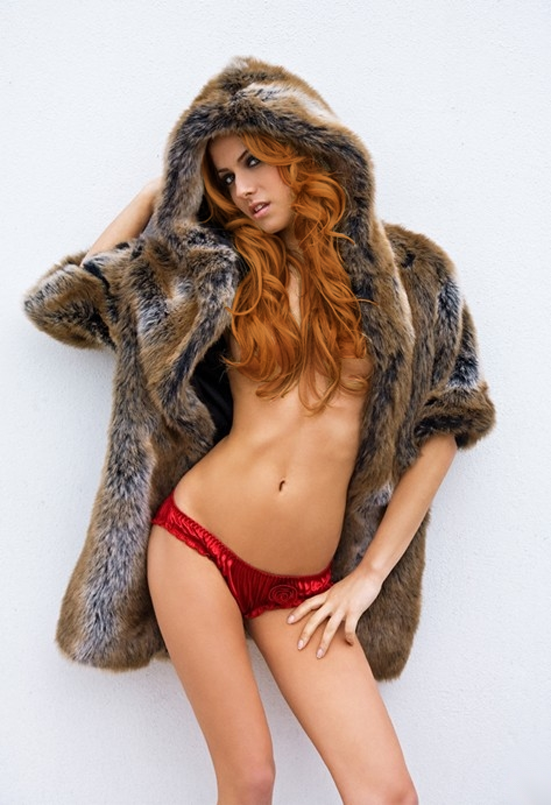 She went to her mom’s closet and soon found where she kept her underwear. She tried to keep her eyes off her body as much as she could as she put them on. The bra, of course, gave her some trouble, but she eventually figured it out. The bra fit her snugly and its tag stated it was about as large as a B cup could go, if she recalled her mom’s little lecture about breast sizes. It was a respectable size for a woman, not too small and not big enough to start getting in the way.

Next came the rest of the clothing. Natalie had a bit of a hard time picking out something. She just wasn’t certain what to wear with her adult body the first time. Then she came across a box that was kept on the top shelf. When she looked inside, she found some clothing that looked like part of the uniform for one of the higher schools. Her dad had wanted to put her in that school, but Natalie didn’t want to be separated from her friends. Her parents must have already ordered a set before she made them change their mind. But as she took the clothes out of the box, she soon noticed that they were much larger than her old size. They looked more like they were her mom’s size. Natalie was puzzled why her mom would order a large school uniform, but since it was her size now, it seemed like something she could wear. 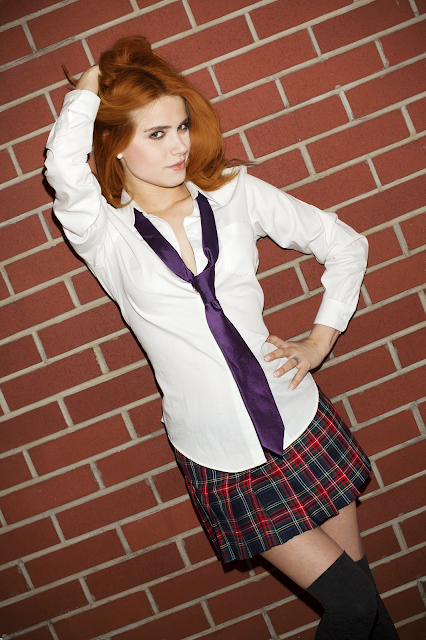 It didn’t take Natalie nearly so long to put on the uniform and she had to admit that she looked pretty cute wearing it, though she wasn’t sure that ‘cute’ is something wanted in an adult image. But she could play dress-up later, her parents were probably wondering what she was doing. Natalie soon headed down the stairs and found her parents in the living room. “How do I look?” she asked them.

The two of them looked at Natalie and her dad quickly started chuckling. Her mom looked rather embarrassed and muttered, “I knew I should have hid that better.” She spoke louder and said, “You look very…pretty, dear. Though that isn’t the kind of thing you should be wearing.”

“I know, I can’t be walking around in a Halloween costume,” said Natalie.

Mr. Spencer laughed even louder at that. “Yes, a Halloween costume,” said Mrs. Spencer, ignoring her husband’s laughter, “But I have more clothes you could be wearing. I’ll show you some outfits that you’ll be more comfortable in.” She led Natalie back upstairs while Natalie wondered what exactly was her dad laughing so much about.