Final chapter of this second wave. This story will continue later.

Let's thank BLZBub again for this. 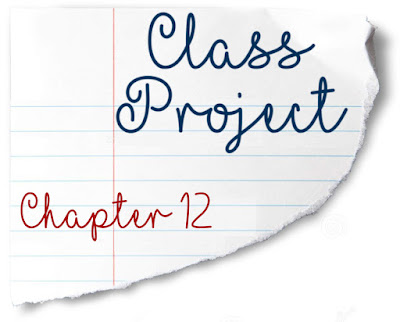 Most girls would have been in a rush to go clothes-shopping if they had the chance, especially if those girls had aged up into beautiful women the previous day. However, most girls didn’t have crippling anxiety problems.

Annabelle deeply dreaded the thought of going out into public with such a noticeable body. The thought of several strangers staring at her gave her the shivers. However, Annie wouldn’t be able to worm out this this one. She needed more clothes since she had outsized her mother and sister in the curves department. 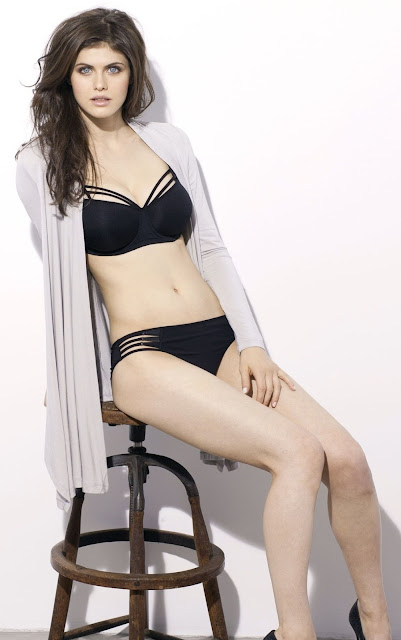 However, Annie was able to delay things by saying she needed to get better acquainted with her new body. It wasn’t all just an excuse. Annie was still mystified about her new appearance. She couldn’t believe how long her arms and legs where, how much her torso curved all over. Her breasts were a lot to take in, both physically and mentally. It was like having two large pillows strapped to her chest, though the mass they had had a bigger effect on her center of gravity than pillows would have had. They were also quite sensitive, as Annie found out when she rubbed them a bit. Her pamphlet told her everything she need to know about breasts, and what the pleasant tingles eventually culminated into. But Annie was too embarrassed to want to try and play with her body like that. 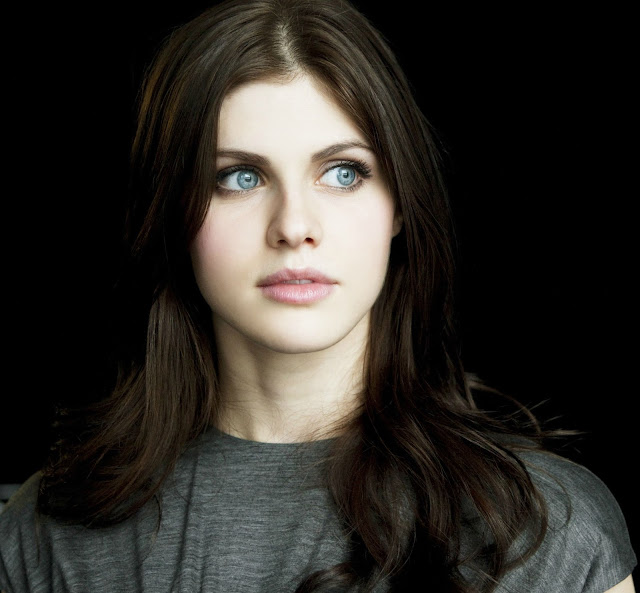 Looking at her own face in the mirror was also very bewildering. It was hard to believe the woman she looked at had grown up from the little girl she had been. She had a strong resemblance to her mother and sister, though her face was unblemished by any wrinkles or noticeable freckles and was overall much more attractive than they ever were. Annie felt over her long cheekbones and thinner nose, not at all like the chubby cheeks and round little nose she had known for years. And yet the one thing that didn’t change for her were her eyes. Well, they may have grown with her and their angle might have adjusted, but they were the same intense eyes that she had looked into before.

Annie had to admit that the woman in the mirror was very beautiful, but it was hard for to acknowledge that woman would really be her one day. How will she be able to handle all the attention looks like those would get? This Project was supposed to help with that, but she just wasn’t sure.

Eventually, Annie couldn’t delay any longer. It was the late afternoon when they parted to Goody’s. Annie wore the baggy stripped sweater she had used the night before, along some of her sister’s jeans, but that didn’t do anything to cover her form, rather showcasing it. 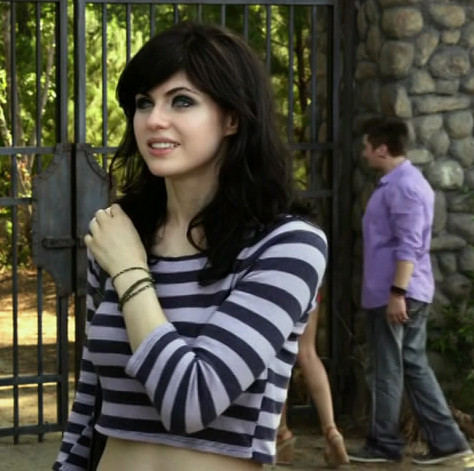 She vaguely wondered if any of the other young adults in the way to the mall were her transformed classmates. Would she be able to recognize them or them her? Would she even be able to say hello to them? 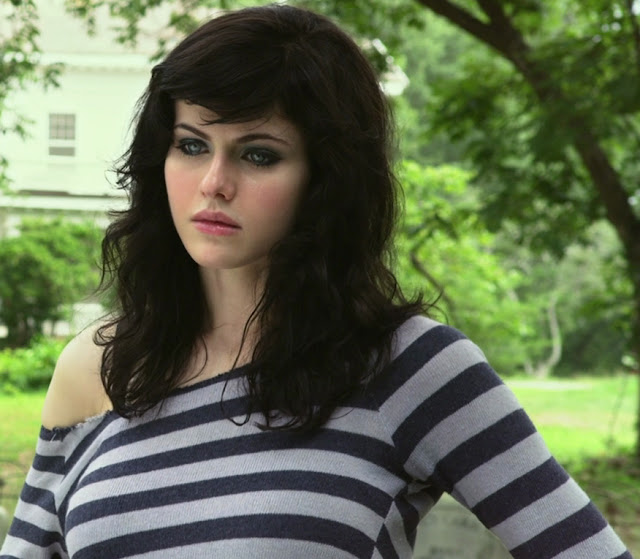 When she finally arrived at the mall, her eyes were about to tear down from the anxiety, but she dried her eyes with her sleeves before Esther or her mom could see her, and gathering her courage, she stepped in.

Goody’s had a large selection of clothing for various types of peoples and styles. Annie looked around and found a nice large professional suit with a long skirt that looked good together with a white blouse. She went to the changing room to try them on and decided she looked kinda cute wearing them. And they didn’t call as much attention to her curves as the other clothes she had used. Even her bust looked smaller. 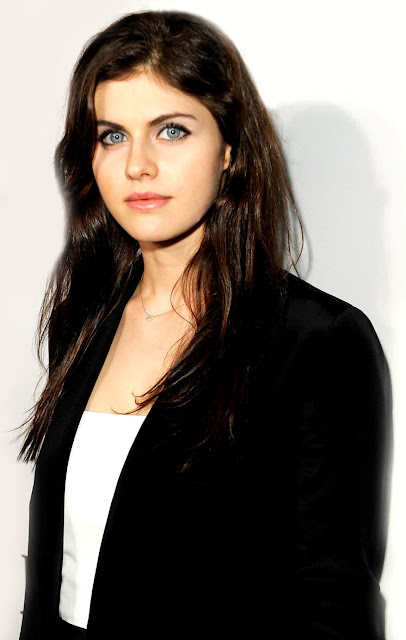 Annie went out and found her mom and Esther. “How do I look?” asked Annie.

“Oh, well, that is a nice outfit,” said her mom a bit hesitatingly.

Esther sighed and said, “Mom, don’t encourage her. She was bad enough when she was a kid. This is her chance to grow out of it.”

“Grow out of what?” asked Annie.

“Your ridiculous shyness. Look at you. You might have gotten older, but you didn’t get THAT old,” said Esther, “You look more like a granny than a young woman like that.”

“Hey! I dress like that for work!” protested their mother.

“Yeah, and you’re over forty. Annie is 22 at the moment, and she should look the part,” declared Esther.

“You like them because you can hide in them. You’ve got a hot body, you shouldn’t be ashamed or afraid to show it. Do you want to go your entire life living like a wallflower?” asked Esther, “If you keep trying to be out of everybody’s sight, people won’t be able to notice you when you actually need to be seen.

Annie paused at that. While she didn’t like people to pay too much attention to her, she wasn’t sure if she’d want zero noticeability forever. Would everyone forget about her if she wasn’t open enough?

“Listen, sweetie, you can’t let your fear rule you,” said her mom, “If you’re too scared to talk to people, how will you be able to go on to high school or college? How do you expect to get a job? If you keep hiding from all the bad opportunities, you’ll miss out on the good opportunities.”

Annie sighed, not feeling completely reassured. But she was at least going to make an effort. It was now or never. After all, people couldn’t recognize her, so why be afraid?

“Good. First thing’s first,” said Esther, “Those clothes will have to go. You need to embrace what you’ve got and get comfortable with your skin.”

This was followed by a whirlwind shopping spree, where Esther had Annie try on various clothes that showed off her curvy physique. Tight t-shirts, tank tops, and halter tops were paired with tight jeans, shorts, and short skirts. Of course, their mom kept her from doing the more risqué clothes. Annie ended up dressed in a tiny top that gave a particularly extensive view of her cleavage. She cowered inside the dressing room, dreading to be seen with that.

“I knew you were doing too well to last. You promised you would try. Besides, nobody will recognize you, you said it yourself. And we still have to try on the lingerie, so woman up.”

In the end, Annie also got plenty of bras that were a lot more comfortable than what she had been wearing. They held her breasts firmly but gently and weren’t too constrictive. Annie had to admit she looked good in these clothes. She was still really unnerved by the thought of wearing them were other people could see her, but she was going to at least enjoy herself when it was just her family with her.

CLASS PROJECT INDEX
Posted by The Planet of the AP at 1:04 PM