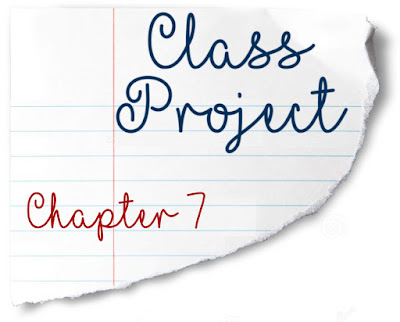 Carol squirmed with a little discomfort. Not only was she a bit uncomfortable and unadjusted to her new form, but she was starting to get antsy about when Ms. Forth was going to come for her. She had heard that government agents deliberately took as much time as they could before they started interrogating you, so that your paranoia has been built up to a breaking amount. The room was also very cold, which forced her to put on her sweater and made her even more uneasy.

However, Carol wasn’t going to cave in that quickly. She took a big risk with drinking that extra-sized vial and she was going to get all she could out of it. She might have aged older than she had expected, but being a mature woman probably wouldn’t be so bad. She’d probably receive more respect than a woman who looked young enough to be in college. People probably wouldn’t ask to see her ID to see if she was of age, not that she had an ID to give.

Carol was still thinking over the benefits of being over 30 when the door opened and Ms. Forth walked into the unused classroom that Carol was being held in. Now that they were so close in age, Carol didn’t find Ms. Forth so intimidating. She adjusted her posture on her seat again and looked at the agent with confidence and a bit of defiance. 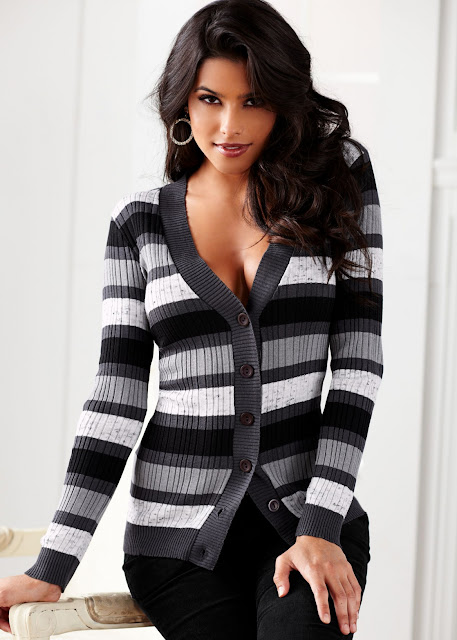 “Well, Ms. Pavlov, I hope you realize how much trouble you’re in right now,” said Ms. Forth.

“Oh? Should I keep calling you Carol? Because I don’t think we’re on a first-name basis here,” said Ms. Forth.

“Your legal documents say otherwise,” said Ms. Forth, “They still say you’re an 11-year old girl and they’re not about to change. However, the pamphlets that were given to the children who were given permission to partake in this project clearly state that a child who commits a criminal offense as an adult will be punished as one. Do you want that to happen?”

Carol’s temper started to rise as she snapped, “Do you know why my stepfather didn’t give his permission?”

“Concern for your well-being. The other parents had doubts about this project, but they still gave their permission because they could trust their children,” said Ms. Forth sternly.

“He didn’t give his permission because he knew I’d run away the first chance I’d get!” snapped Carol.

Ms. Forth paused and asked, “And why would you want to away from your home?”

“Because it’s not my home, not since my mom died,” snapped Carol, “Ivan did nothing but drink and moan after her funeral. He doesn’t let me play outside, he doesn’t let me go see friends, I barely even have friends anyway since I hardly get to talk to them anymore. Ivan knew that I’d take any opportunity to get out of his house if I could and the project would have been a perfect time. I took that vial and drank it so I could have one week of freedom. But if that’s a crime, I guess I’ll go to jail then. I’m already used to being in a prison.”

Ms. Forth looked rather surprised by that tirade and sat down on one of the desks. “Don’t you think you’re exaggerating just a little bit?” she asked.

Carol gave a bitter laugh and said, “You didn’t talk to Ivan in person, did you? You could smell the booze on him just by standing in the same room.”

“You’re showing a bigger vocabulary than I would have expected,” said Ms. Forth.

“I had to grow up quite a bit to deal with him,” said Carol, “I guess my outer appearance matches now.”

Ms. Forth gave this some thought before saying, “Wait here a while longer.” With that, she left the room. Carol wasn’t certain if she gained any ground or not. But she thought she did pretty well with not showing any nervousness. Maybe being an adult automatically gave her more bravado, or maybe it gave her an image she could hide her fear behind.

It took quite a while before Ms. Forth got back. Carol was starting to get a little antsier now. Well, she was mostly feeling hungry. She hadn’t eaten in a while and perhaps the growing up made her feel hungrier. She could certainly go for some kind of meal. But maybe that was another way government agents weakened the will of people they tried to interrogate. Carol had to remind herself to stay strong.

Just when Carol was starting to give in to her hunger, Ms. Forth came back in. “Well, Ms. Rivera, you say you wish to prove that you’re mature enough to be able to live on your own?” asked the government agent.

“Very well. I shall give you the chance,” said Ms. Forth before putting a manila envelope on the desk in front of Carol, “Inside you will find $200 in cash, a temporary ID, an apartment key, and assorted job fliers. During the week you have been given, you will be living by yourself as a single adult. You’re expected to maintain a job to pay for your food and rent, the starter money you’ve been given won’t be enough to cover for a whole week. During this time, you’re expected to abide by the rules the other children have to follow, so don’t spend your money on alcohol, cigarettes, or…adult pleasures.”

“The catch is that you’re expected to be able to manage your adult life without assistance for the whole week. We will be monitoring you daily. If you completely run out of money with no way to recompense or you’ve broken any of the rules, you’ll be spending the rest of your week inside jail. If you can’t handle the pressure and want to quit, you’ll be returned straight home to your stepfather,” said Ms. Forth.

Carol gulped a bit. This was no simple challenge. “What happens if I can pull it off?” asked Carol.

“If you managed to succeed in your adult life, all charges against you will be dropped and you can return to school with the rest of your classmates when it wears off,” said Ms. Forth.

“So my reward is to not be punished?” asked Carol skeptically.

“Young lady, you have committed a criminal offense. Whether your reasons are sympathetic or not, you still have to answer for it,” said Ms. Forth, “You are given a chance to accomplish what you set out to do and avoid having to pay a penalty. That’s a lot more than many people can say. Adulthood isn’t all fun and games. Real adults have to work to get through every day, some more than others. This is your best available option, take it or leave it.”

Carol sighed as she thought it over. She admitted she didn’t have much of a plan past leaving her stepdad’s house once she grew up. Fending for herself probably would be harder if it weren’t for Ms. Forth’s offer. Spending her week in jail did not sound promising. Did she really have much of a choice here?

“Very well, I shall have you taken to your apartment,” said Ms. Forth as she led Carol out the door.

Carol’s apartment was not a luxury suite, but at least it wasn’t a slum. She was located at the far end of the city from Ivan’s house, so the chances of running into him ought to be slim. There wasn’t much in the way of thrills regarding Carol’s apartment, aside from a TV with limited channels and some books. She stripped down to her underwear, able to take in her new body properly for the first time. 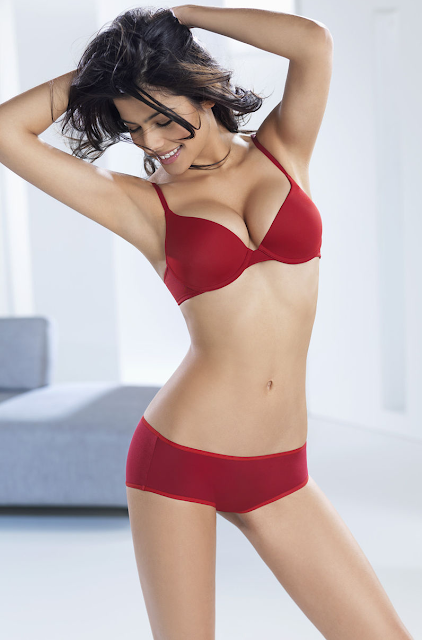 Fortunately, Ms. Forth had provided Carol with enough clothes to make it through a week. Carol happened to notice that not all the clothes were plain. Some of them would look good on her. Perhaps she had Ms. Forth’s favor more than the agent had let on, she thought as she tried some of them out. 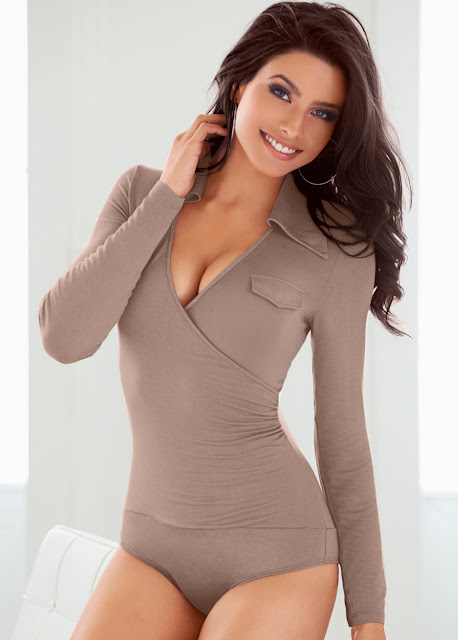 Carol changed into one of her nightdresses, appreciating how the black lace and blue fabric fitted her form nicely. She looked through the fliers at the available jobs. They weren’t high-end jobs, mainly working in local stores. But Ms. Forth never said she had to stick with these jobs. Carol might not be able to springboard easily to better jobs within a week’s time, but she wasn’t going to let this week be all labor. She might be on a thin rope, but she was going to make this enjoyable somehow. 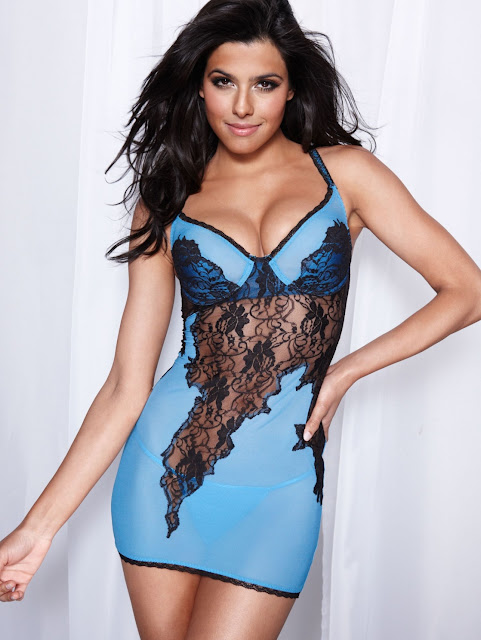 CLASS PROJECT INDEX
Posted by The Planet of the AP at 4:34 AM