Time to continue with this story, a collaboration with BLZbub. 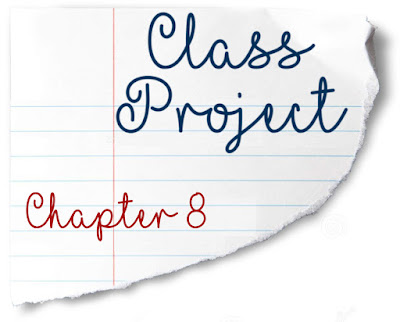 Miranda was planning on shopping at plenty of places to get new clothes for her adult body. One of the places she was planning on going was, to Orlando’s chagrin, was the sports store that he worked at. It wasn’t so much that Orlando was embarrassed to show his family where he worked, but that he was worried that Miranda might do something to embarrass him, even if she was posing as his second cousin.

While the idea for mischief had entered Miranda’s thoughts, she was more concerned by her own image, namely what she ought to be wearing while she was an adult. She could have gone out on a full shopping spree, getting new clothes from every store around, but her dad would probably have a stroke over the cost.

Besides, just shopping from that store wouldn’t be so bad. Everything there was so form-fitting, even if most things weren’t highly stylish. There were many good selections in the women’s clothing section. Sports bras were going to be very needed as well some T-shirts. Miranda could have just worn more of Kelly’s clothes, but she wanted a few clothes of her own. She certainly spent quite a lot on various bottoms: shorts, sweatpants, hot pants, and some sports panties. Miranda was a little discomforted that she had to wear a size that was larger than what most women wear. But then again, her size wasn’t because she was out of weight but because of how well-shaped her ass was.

Miranda certainly didn’t have a figure to be ashamed of. In fact, she was looking to show it off as much as she could. The body-hugging design of the clothes here certainly helped in that regard. And there were plenty of swimsuits that would show off her figure. Her parents would have preferred if she got more modest one-piece suits, but she was able to persuade them to let her get a few two pieces. 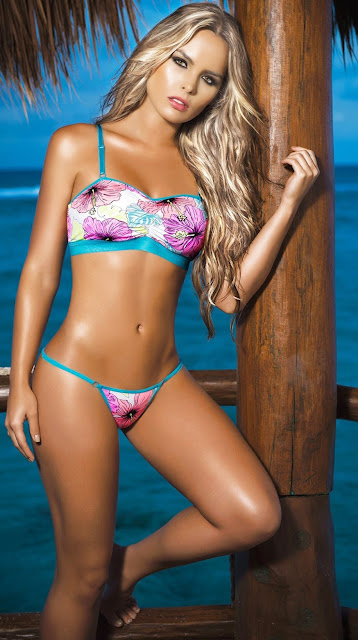 Miranda leaned in the beach-themed dressing room, looking at herself in a bikini she was trying on, the intense blue of the sea wallpaper contrasting with the streaks of hair she had dyed blonde before arriving to the shop. The bikini definitely made her 24-years-old self look sexy. The top was wrapped well around her breasts, highlighting the cleavage between them.

But it was the bottom that was the feast for the eyes. The straps were very taught as they encircled her childbearing hips. She looked at her ass, her cheeks bulging out from underneath the stretchy materials. She rubbed her hands over it, feeling how supple yet solid her buttocks were. It was like she was carrying a pair of small drums behind her. She had heard that some women have better defining features than others and hers was definitely her ass. Oh, she was definitely beautiful from the front, but it was when she was walking away that men would be watching her.

Miranda sighed at that. If only she was allowed to spend time with guys. She was pretty sure most of the girls in the class were thinking about men now. (The boys were definitely thinking about women.) Miranda wasn’t planning on trying to seduce anyone. Actually, she’d rather avoid getting men too interested with her and end up breaking a big rule with her. But she’d certainly like to know if she was really what guys were interested or not.

But her clothing choices looked good in her eyes and that was what really counted here. Her dad wasn’t too happy about paying for so much, but Miranda took it easy on him. She could shop more extensively for clothes tomorrow. For now, she was satisfied with the clothes she got here as well as a quick stop at an underwear store for a better variety of panties.

Arriving home after her little shopping extravaganza, she excused herself and went into the room, realizing it was the first private time she had since her transformation. Her family had been with her the whole time, except when she had been in the changing rooms, but even there she knew she could take a lot of time for exploration. 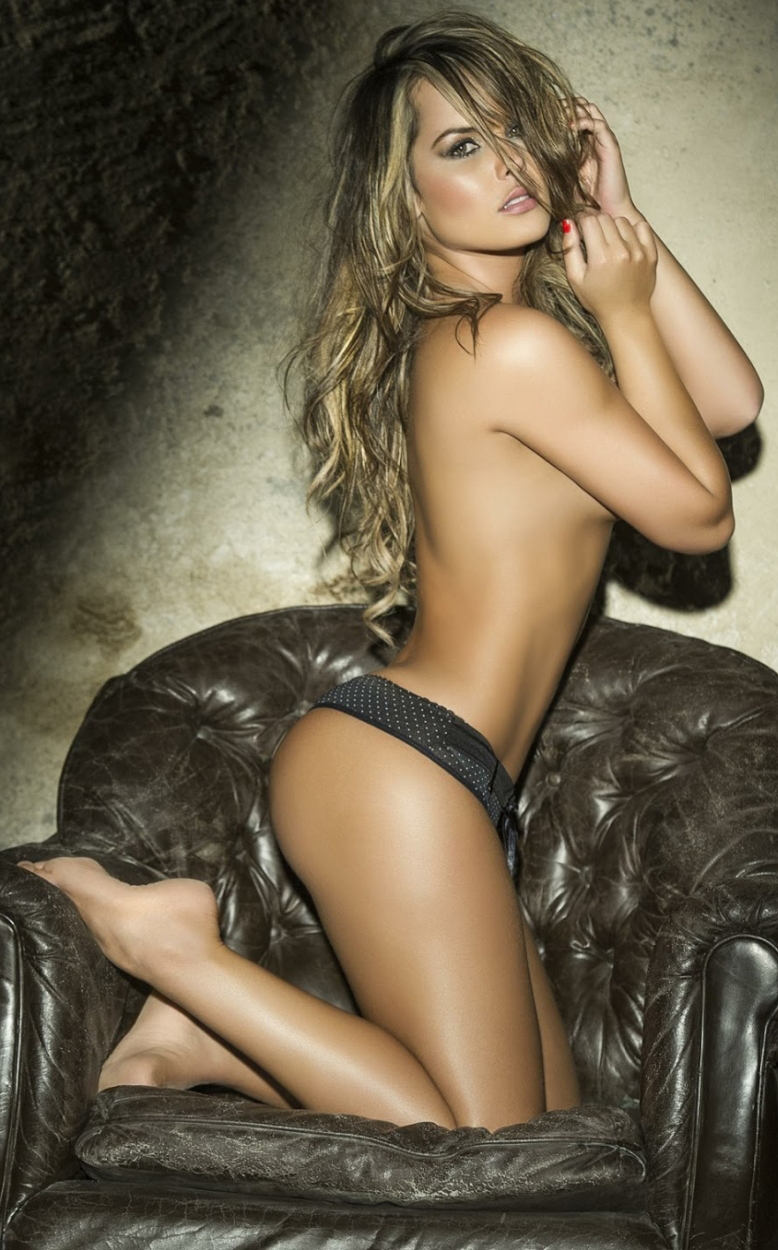 But now she could. She locked the door from the inside and got out of her clothes, marveling at her nude chest and the wide thighs bellow her smug panties.

That night, she had quite a lesson on the anatomy of her developed body. One of the uses of the objectives of the Class Project, after all.

The next morning, Miranda was jolted up by a scream. She was pretty disoriented from the abrupt wakening and nearly screamed herself when she saw her body. But she soon calmed herself down when she remembered what happened yesterday. She was still an adult woman and she had gone to bed wearing one of her new short nightdresses.

She smiled at her reflection and patted her prominent tush. That was nothing to panic about, so why was someone screaming?

Miranda got up and nearly fell off the bed. She had a lot of adjusting to do regarding her new size and weight. Her breasts made it hard for her to balance at first, but she was more awake by the time she had managed to get out of bed. Now then, where did that scream come from?

Lying in Raymundo’s bed was a teenage boy. He was still asleep despite Miranda’s mom’s scream. Apparently he had tossed and turned about quite a bit in his sleep as the sheets tangled up. Miranda couldn’t see all of the boy, but considering how his upper body was bare and the legs showed no covering pretty high up, it seemed quite likely that the boy was either wearing only his underwear or nothing at all.

Miranda was able to push forward a bit more to look at the boy. He appeared to be about 16 years old and he was in pretty good shape. His muscles were built up in a wiry athletic build and there was a smattering of hair on his pecs and a little on his limbs. His face was pretty handsome with the black curly hair above it. But the face was also quite familiar-looking and it didn’t take a genius to add up the clues and figure out who this was.

“Is that Raymundo?” asked Miranda.

“I…I suppose it is,” said her mom, “But how can that be? I know that you drank the Double-Up but he never got any.”

“Is that so?” asked Miranda before looking at the bed stand. The empty Double-Up vial was standing there next to the clock and an empty glass. But Miranda drank all of her serum, right? No, wait, she gagged a bit on the flavor. Was it possible that she didn’t finish it?

Then her dad came up beside his wife and took one look in the room. He didn’t freak out, he didn’t gape, he just sighed and said, “Oh boy.”

Prescott Industries was soon contacted to inform them what had happened. Raymundo was quite willing to admit what he had done, not seeming to realize that it was wrong. Raymundo had picked up Miranda’s vial and saw that there was still some Double-Up left in it. He thought about whether or not he should drink it for a long while, which would account for why he was still a child when the family got back. In fact, Raymundo had waited until well after his bedtime, when everyone else had gone to sleep.

Raymundo wanted to drink the Double-Up, but he didn’t want to gag like Miranda did. So he took the Double-Up, poured into a glass of milk, and warmed it in the microwave before drinking it. The milk still tasted funny, but it made him drowsy pretty quickly so he went to bed soon afterwards. He was a bit disappointed that he changed during his sleep instead of when he was awake, but he still found being 16 really cool.

By what little they were able to determine, not a very high dosage of Double-Up was left in the vial after Miranda drank her share, but the warmed milk changed things. The milk itself just delayed the changes for a period of time, but the heating part was more important. The Double-Up was kept in temperature-insulated vials because being chilled or warmed could affect the potency of the serum. An increase of heat could increase the length of time before it wore off and vice versa.

It was hard to estimate how long Raymundo would stay changed due to the unknown volume of the Double-Up remainder or the exact temperature of the milk mixture. By that same token, it was almost impossible to guess how much less time Miranda had as an adult due to her not drinking her full sample. Miranda could revert back 3 hours or a day earlier at best guess while Raymundo may remain in teenage form for as long as 3 days at the greatest maximum.

There was not much to be done about Raymundo. What he had done was a somewhat honest mistake that had been accidentally been made grander. Besides, he was still a minor so he couldn’t be charged very seriously, not that anyone was so inclined. There was little else to do but give Raymundo a sharp reprimand and make him part of the project.

It was Miranda who was suffering the worse. She wasn’t being punished about her careless with her sample, but now she was constantly fretting about when she’d be turning back to her normal age. It could happen when she was out in public and not expecting it. Granted, it was unlikely to happen for a few days, but this will limit the amount of things she’ll be able to do as an adult this week. Oh, well, better not to waste any time.

She turned back and wondered what to do next.

CLASS PROJECT INDEX
Posted by The Planet of the AP at 11:35 AM