Having a nice time with this.

You can expect alternate updates on both Class Project and Special Vitamins each Sunday, at least for a while. 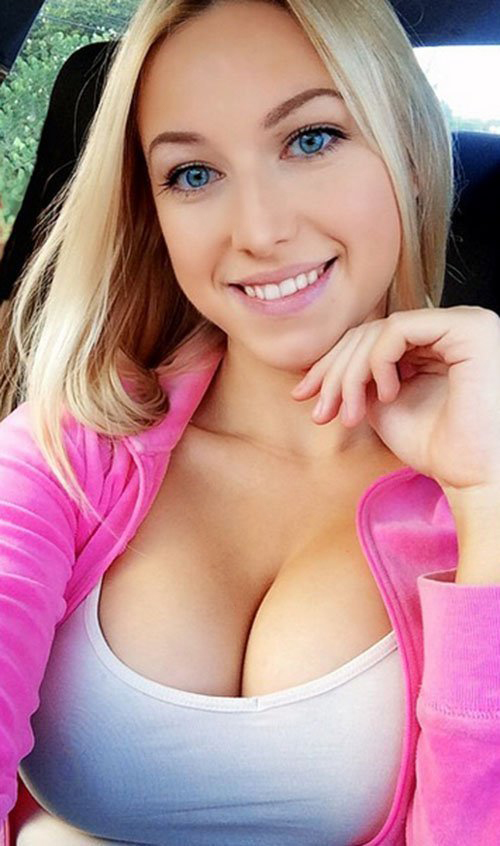 “Sweetie, Annie, why don’t you let me buy you a few new blouses? Most of yours show too much of your new… chest. I know you like your body, but you could still look very pretty and be modest at the same time.”

It was a frequent point of argument ever since Ann had been transformed. Her mom kept insisting she should change her dressing style, and she asked about it every few days whenever she was distracted, like today as the family drove in their car.

“I don’t see the problem, mom. I have boobs like any other woman, and most of them, including you, show cleavage. Maybe mine are bigger than most, but I won’t feel ashamed by them.”

“It’s just… maybe they’re too big, they attract much attention. Don’t you think so, dear?” she asked her husband.

Ann’s dad grunted. He had tried to keep out of that discussion from the start.

“I think dad understands,” said Ann quickly trying to put him on her side. “After all, a lot of these clothes are from his sister and he’s was never bothered when Auntie used them. And her breasts are very big too.”

“Yes, but hers didn’t grow at 11, pumpkin” said her father trying to show his wife he wasn’t really siding with Ann.

“But I’m legally 21 now,” Ann reminded them. “I know you still see me like a kid, but you have to start to let that go. I feel like a woman now, and I need to do this kind of things to help me assert my new identity. And look at Melanie. She dresses however she wants too after her change too.”

She knew the Melanie argument wouldn’t help her, but the “identity” rubbish apparently worked, because her mom nodded silently.

Even if they were still wary about details such as her dressing, Ann had to admit they had started to give her more freedom than ever in the last few days. She often went out with them, such as now, so that she could wander on her own later to conduct business.

This time, she was about to give a very big leap.

“Mom, dad, I’ve been thinking about traveling out of the city for a few days.”

Her mother and father looked at each other before answering.

“Yeah, just a short trip. Would help me with… you know. My grown up identity.”

Ann knew they couldn’t tell her no, at least legally, but it was obvious they were worried.

“Where would you be going?” they asked after a while.

“I think I’m going upstate, just to experience real independence for the first time.” It was a lie. She was going to the coast, but then again she didn’t want to be tracked.

In the end they reluctantly went along with the idea. They had realized they needed to give her some wings if they wanted her to survive in the adult’s world any time soon.

The real purpose of her travel was to personally interview one promising client. Like with Adelaida, she had already made first virtual contact with a few candidates. But Sherry was the richest, so Ann thought she was her safest bet.

Ann was very convinced when she saw the sweet beach house her family owned. In fact, it was a whole private beach and it was all theirs. Of course, they had planned the meeting when Sherry was on her own at the house. 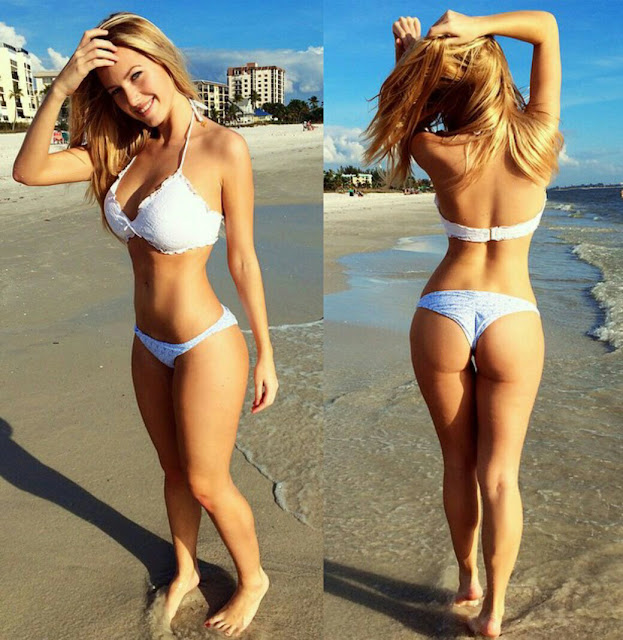 Ann’s body on display, Sherry eyed the goods that could be hers by a monetary price.

“I’ve got half your payment already. I’ll give you the other half later,” said the eager girl. She was 14, but she was diminutive, much smaller than even Ann had been at 11. No wonder she wanted her secret.

Half the payment was much better than Ann expected. This one would do fine.

“Perfect. We can strike a deal, then.”

“It has to go down today,” said Sherry quickly. “I’m rarely alone here.”

Ann wasn’t sure, but she nodded. This girl could pay almost instantly, which was something rare. And, after all, she had decided to stay and witness her clients’ transformations. She regretted missing Adelaida’s. It was riskier, but the incredible spectacle would be worth it.

“Let me bring you something,” said Sherry and she soon came back with two glasses full of iced tea.

They sat on the chairs in front of the sea.

“I’m ready. I’m even wearing a large swimsuit under these clothes. Cast the spell.”

“I will, but I warn you it’ll feel really hot. Maybe you’re lucky you’re here. Drink up that tea and take a big splash on the beach. That’ll freshen you as you change. But stay on shallow waters, because the transformation can overwhelm you and I don’t want you to drown.”

Sherry gulped down her whole glass before running towards the shore. She hadn’t see that Ann had dissolved one of her special pills on the tea.

“This will be interesting,” thought Ann, who hadn’t witness any other transformation than her own.

It was really quite a sight. Not a minute after Sherry had entered the beach, Ann could see the girl shivering and the metamorphosis started. She gained height quite fast, which was evident by the way she kept rising above the water level. The womanly curves that natural puberty had negated her thus far exploded around her, and she was forced to throw away her overshirt, revealing the yellow bikini she had kept underneath. She had brought quite a big pair, but even so its integrity was threatened by her expanding figure.

Her hair grew long, as had happened to all the others, and her face gained a maturity that made Ann think she looked older than any of the previous subjects, maybe because Sherry was already the eldest in the bunch.

It seemed to Ann it was soon much more quickly than her own change, but maybe it was just because she wasn’t the one undergoing it directly. 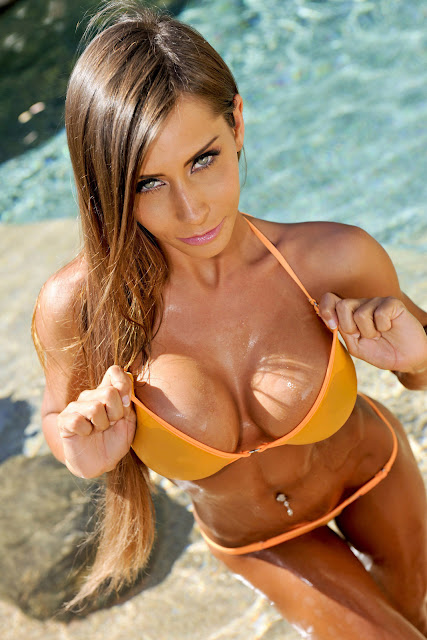 Holding up her top in fear that it would burst, she stepped away from the water smiling slyly.

“That was quite the experience.” Her voice was deep, almost coarse.

Sherry posed in front of her as an answer, and Ann caught sight of a piercing on her navel.

“Wow, you really prepared yourself!”

“Actually I had this before talking to you,” she admitted with a shy smile that let Ann see a shadow of the tiny girl she had just been. “I sneaked on my parents and got this a few weeks ago. I was hoping they would never find out, but I guess they’ll have more important things to worry about now.”

“Well, the authorities will turn you into a proper woman soon. You can do as you wish now.” 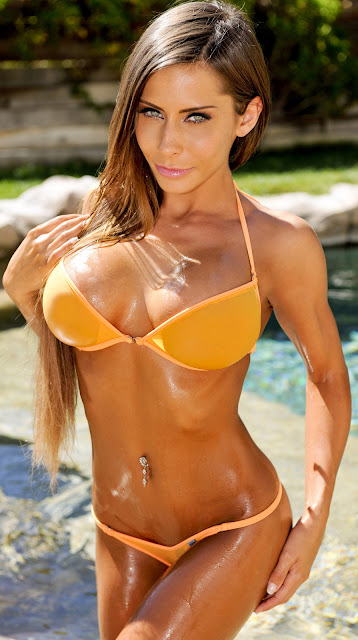 Sherry smiled again, this time unbashfully, and then started clumsily across the sand towards the house. Ann helped her, remembering how she had also struggled with her first movements in her grown body.

Ann waited on the garden while her new acquaintance went inside to dry herself and put on some clothes. Sherry emerged a short time later wearing a tight blue dress.

“It’s my mother’s,” she explained. “Thought I don’t think it’s supposed to show this much leg, or boobs. Then again, I’m about a head taller than she is, so this is the best I can do right now.”

“My mom barely reaches my chest, so I get you.”

The two preteens bonded over their expanded bodies for a while before Sherry brought the rest of the payment.

“I would love to keep talking to you, but my parents will return soon and I need to make this look like something unexpected. Thank you so much for what you’ve done for me.”

The news of Sherry’s transformation took quite a long time before breaking to the public. Probably her rich parents had tried to cover up the story while she was examined, but eventually the existence of another victim of the curious aging syndrome was revealed. Panic spread again because this time, the girl was from a different city than the other three cases.

But, again owing to her family wealth, once her identity was out, she made quite a fuzz around the media. She was interviewed everywhere, and she was featured on the cover of an important magazine, dressing a magnificent white dress that showcased the effects of the pill quite well.

Ann didn’t hear personally from her until about two months after their meeting, when Sherry texted her a picture and a message. 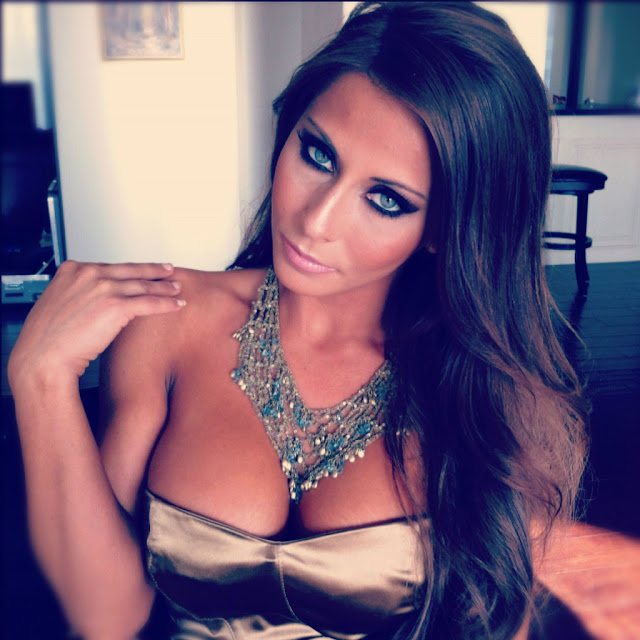 It’s official. Just got my papers today. Thanks.