He wanted to make another part to that story, but he wrote to me and told me he didn't know how and if I wanted to continue it for him. Normally I don't do that kind of thing, but this time I felt inspired and made a little follow up and the idea is to write more eventually. 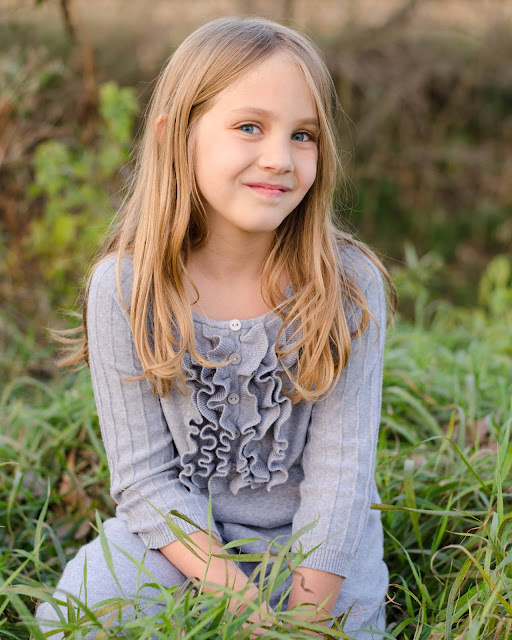 “Wow, you’re even bigger in person than I thought,” said Ann looking up in amazement at the Amazonian woman her friend Melanie had been turned into.

“Right? I feel freaking huge, but I kind of dig it,” said Melanie stumbling over Ann’s backyard, still unused to her new size. Ann looked positively tiny to her now.

“So, did you bring them?” asked the 11-years-old blonde, trying to hide her enthusiasm.

“There’s 11 pills left,” she commented after counting them. “How many did you took?”

“One? And it did that to you? Damn, this is something else. Let’s see…”

She closed the flask and read the label.

For experimental uses only. Keep it away from children. Might cause significant hormonal imbalances in preteen subjects.

“Where did you say your mother found this?”

“She works at a medical lab, and she sometimes tests a few products, but they’re supposed to be… innocuous. These are meant for middle aged women. Bone strength and all that,” explained Melanie.

“But you weren’t a woman. You still hadn’t gone through puberty and the pill caused your hormones to go on full rampage. They made your body develop… or maybe overdevelop in just a few minutes.”

“It’s SUPER cool,” agreed Ann. “And we could make a fortune with them. Who wouldn’t want to buy these?”

“What do you have in mind?”

“Well, I suppose we need to make sure they work for others beside you. We shall test one.” 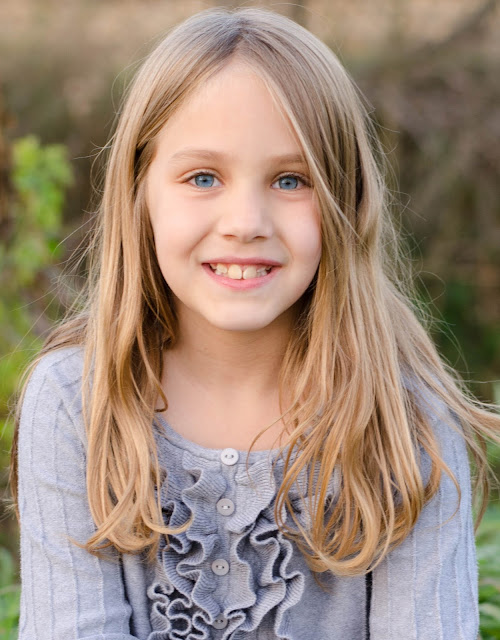 And before saying anything else, Ann swallowed a pill taken at random.

“Are you crazy? You don’t know if all hormonal imbalances are alike. You might turn into a guy, or something.”

“Yeah, I’m risking it. Because on the other hand I might become just like you, and I think that’s worth it.”

Ann got up from the lawn and walked back into the house, followed closely by her friend.

“What about your parents?” asked Melanie in a whisper.

“They’re not here, don’t worry. Not that this is something we can hide from them. Or yours, for that matter.”

They got up and entered a room that Melanie had never visited and Ann searched through some drawers.

“No, silly, but I’ll need clothes, and my mom is tiny, so hers won’t work either. This is the guest room, and my aunt has a few things in here for when she visits. She’s my dad’s younger sister and she’s stacked.”

“You don’t even know if you’re going to end like this,” said Melanie looking down at her round chest. “Maybe these are all mine.”

“Yeah, right,” chuckled Ann. “I somehow doubt it.  I don’t think you’d ever be that tall or curvy is it wasn’t for the pill. I guess they didn’t really age you, they simply shot up your estrogen levels through the roof and you’re now overdeveloped.”

Ann removed her gray blouse and seized a tank top of that same color. It was obviously designed for busty women, since the collar was huge on Ann, almost falling down to her diaphragm. But then Ann removed it again to make way for a brassiere she found on the drawer.

“At the moment, you’re not one talk, “squirt”,” answered Melanie back, standing tall proudly and thrusting her chest out.

Ann completed her outfit with some baggy pink pajama pants and went away from the room to study her reflection in the bathroom’s mirror.

“Uhm… maybe you were right. I don’t think anything is happening to me.”

“Well, it’s only been about ten minutes. It took me more than twenty, I think…”

Indeed, they were sitting at Ann’s room a bit later when Melanie yelled.

“Your hair! It’s growing. That’s how I started!”

Ann studied her reflection again and saw her friend was right. Compared to Melanie’s original hair, Ann had always used it longer, but now it was getting even more so, slowly but noticeably.

“Oooooh, this is getting interesting!” shouted Ann unable to contain her excitement as she felt her feet and hands shifting, becoming larger by the second.

“The pills work,” said Melanie watching in fascination as her short friend got taller in front of her.

But that wasn’t all. Estrogen was actually flowing wildly through her body, making her 11-years-old physiology to restructure itself into the equivalent of an overly shapely woman in her early twenties.

“Whoa! These do move a lot!” exclaimed Ann with a changing voice as her emerging breast vibrated constantly as they grew bigger, stretching the loose top. Soon cleavage was visible and it deepened every few seconds.

Her face cracking and becoming longer and more mature, Ann looked like a very pretty teenager now, albeit one with a rather sinuous figure, which kept enhancing relentlessly. 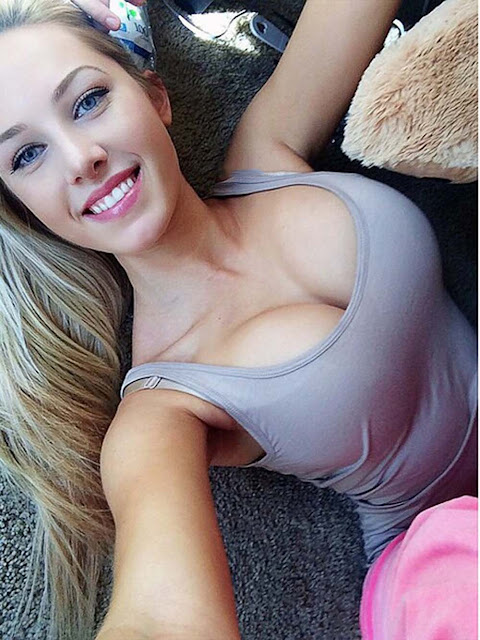 “You didn’t tell me it felt this good!” said the blonde joyfully after letting herself over her bedroom rug. Her new breasts had enlarged beyond her wildest dreams, exceeding her friend’s and even her aunt’s bra.

“Well, it did feel somewhat good, but I was very scared, you know,” said Melanie reasonably. “You know what’s happening, but I had no clue, so I guess I didn’t enjoy it as much as you.”

“Oh, you don’t know what you’ve missed!” exclaimed the new woman as she beamed from the floor. The changes had stopped, at least visibly, and she was fully grown by now.

With some difficulty, she got up slowly, taking on how different her body felt as it moved. Her hands went immediately to her breasts, so big, round and firm, but she also took a bit of time in studying her flared hips and backside and her trim waist and abdomen.

She smiled at Melanie, immediately noticing she was about three inches taller than her already lofty friend, not to mention more voluptuous, but she didn’t comment anything because she didn’t want to hurt her feelings.

“And it’s not like she should be jealous,” thought Ann glancing at the brunette’s also impressive profile.

She’s surprised when she looks at her reflection and sees her facial changes. Her features are very grown up and downright beautiful, with even her former crooked teeth replaced by straight and white adult teeth.

“I believe those pills do more than we thought,” said Ann with her new lower but lovelier voice. “We’re like… goddesses now.”

“Ha! This is getting over your head,” said Melanie, though she was also pretty pleased with her looks.

“No, I mean it. We’ve discovered something amazing and we’re most likely the only ones who know about it. I don’t think even the manufacturers know the real extent of the “hormonal imbalance” of this stuff, or there’s no way they would give it away to be tested.”

“I guess so. And there’s no way my mom would have put them around if she knew they could do this.”

“We have to cover our tracks,” said Ann. “I know what to do, help me to the kitchen.” 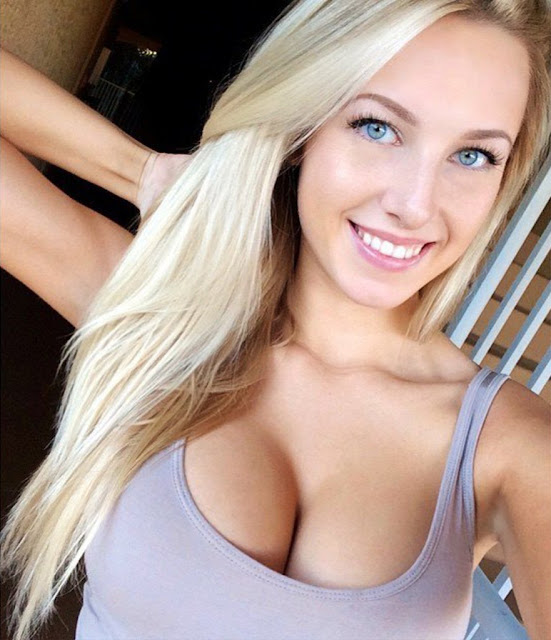 Melanie had already a good deal of control over her enlarged form, but Ann was still struggling. She managed to go downstairs, giggling at the bounce of her chest. She hold up her arms, feeling as the new boobs moved up along with them. It was a very enticing sensation.

“So?” asked Melanie, who was getting a bit impatient with her friend’s new fixation.

“See, we have these cough pills here. Notice their shape and size?” said Ann opening a box.

“Exactly. We put 12 of them in your mom’s flask, and we hide the 10 real vitamins. I need you to go back to your home and make the swap. She’ll never know we took them. Then hurry back here. My parents should be back soon. Then we say we were HERE all day, and that we don’t know what happened, but we started transforming in HERE. We should also divert their suspicions away. Maybe… Ok, we might say we were at the lawn when it happened. And that we both got splashed with a bit of… grass growth formula or something stupid like that. I bet they make tests and everything, but of course they won’t find a thing.”

As soon as Melanie got away, Ann squealed in excitement and hopped a bit. She soon regretted it, because being so unused to her new body made her trip and fall over her butt, not that it wasn’t meaty enough to withstand it. Grinning, she got up and walked to the bathroom again, where she studied every inch of her reflection until Melanie returned.

“I think I should get dressed in something from this house. Because these clothes are my sisters’, and I wasn’t supposed to be there.”

Ann was impressed, because that was the kind of thinking Melanie often missed. As her friend got dressed in a new outfit, Ann also found a plaid shirt which she put over her gray top. They had just finished changing when they heard Ann’s parents pulling down outside the house. 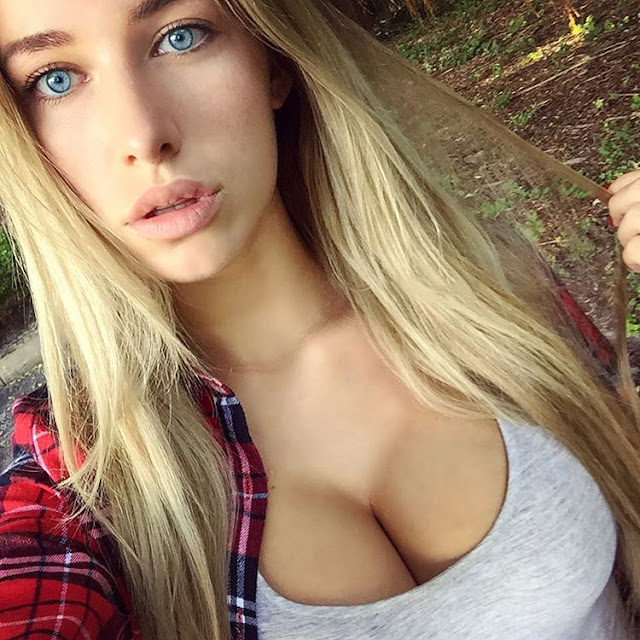 The blonde girl hurried out and, managing a convincingly shocked expression, she approached her now shorter parents.

It was hard for Ann’s parents to believe the two gorgeous women were their young daughter and her best friend, but they managed to persuade them of the truth. Ann in particular was a good actress, so they were also able to sell that they had no idea of the causes of their sudden maturation.

Ann’s parents had to call Melanie’s, who were just as shocked. It was getting late, so both families decided to take their grown girls to the doctors first time in the morning. Melanie and her parents returned to her home, and she was satisfied at the fact that her mother didn’t even mention the pills once. Clearly, there was no suspicion.

There was some fuzz about where and how Melanie would sleep, but in the end she dressed in one of her mother’s nighties and remained in her own room. But before even trying her bed for size, she received a message from Ann. It contained a single picture and a short message. 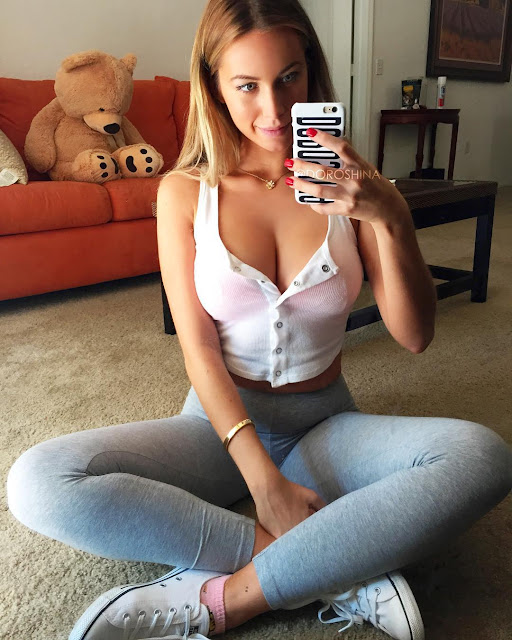 “Do you like my selfie? I think it’s as good as yours was, if I might say so myself. Can’t you believe I’m actually bigger than my aunt? Luckily, her clothes are a nice, if smug fit. Anyways, the trap was set and they fell for it beautifully. Now the next phase begins… We’ll sell the product!”