The Snow Maiden (Part 1)
by BLZBub

Once upon a time, in the cold land of Russia, there lived an old man and woman. The two of them loved each other with all their hearts and did not mind living in a small house or growing so old. They made a decent living by selling wood for burning in stoves or to make furniture. Their house was built within a forest where there were many trees that could be chopped for fuel and lumber, though it was easier to find the trees that had already fallen with old age and cut them to pieces.

There was only one sadness in the woodcutters’ life: they had no children. They had tried repeatedly, but they remained childless until they had grown old enough that there was no point in trying. The nearby village had plenty of children and the woodcutters were known as those who gave baked cookies and whittled toys out during the cold months. But though seeing the children of village happy brightened the old couple’s days, they still fell the ache and loneliness at night. 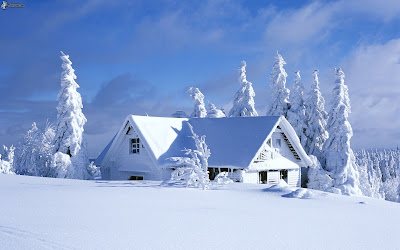 One day, a thick blanket of snow fell over the countryside. The snow went up to the top of their ankles, but that didn’t keep anyone from going outside. The old woodcutters had to bring in plenty of firewood as it was sure to be cold for a long while. Fortunately, one of the older trees nearby had decided to fall and the two of them had little trouble with gathering up enough firewood. They went around the village, dragging a small sledge with their firewood on it. They barely made it to the center of the village before everyone was coming for some firewood. The sledge was soon bare which made it easy for the woodcutters to go back for more.

After their third trip into town, the old couple were starting to get tired so they headed back home. They had already sold enough wood and there was wood back home that they needed to put in their own stove. As they were walking out of town, the woman looked at the children playing in the snow with a wistful look. “Darling, when was the last time that we played in the snow?” she asked.

“Let’s have a little fun. There’s time enough to enjoy this winter blessing before sunset,” said the old woman. The old man was reluctant at first, but eventually his wife cajoled him into joining her. That day was more fun than either of them could think to remember. Their sledge went down the snowy hills as well as the children’s sleds and the snow was of the perfect consistency to both be sliding on and for packing together. The old couple had a lot of fun throwing snowballs at each other. 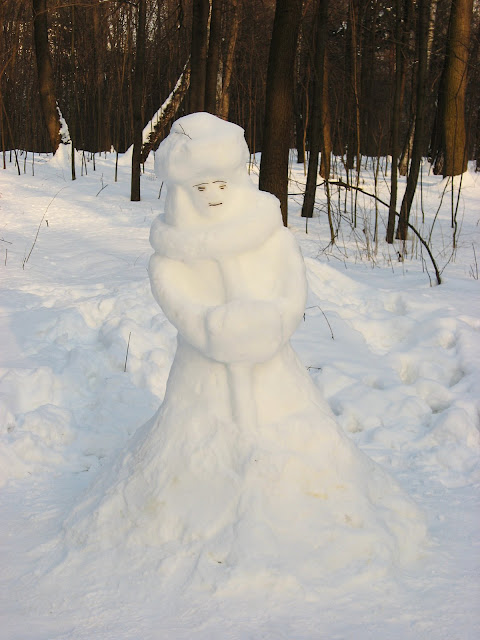 Some time later, the two of them decided to make a snowman. They piled up snow and started patting it into shape. But after a while, their design started to deviate from the simpler roly-poly snowmen the village children were making. They made their sculpture thinner, less shapeless, almost feminine. They accentuated it by giving their sculpture details like it was wearing a fur coat and hat. Using a few small twigs, they gave their creation the simple outlines of a mouth, eyes, and eyebrows. When the old couple had finished, they were looking at a snow sculpture that could easily be interpreted as a young girl.

“If only making a real child were as simple as that,” said the old woman sadly.

“We’ve done all that we could,” said her husband, “I guess Fate has decided it would be just the two of us.”

His wife sighed before saying, “You know, I wouldn’t mind having any kind of child. I’d even take this little snow girl for our daughter if she were alive.”

“She would be a good daughter, but she is just shaped snow,” said the old man sadly. The two of them headed back to their home, the fun of winter having gone out of them. 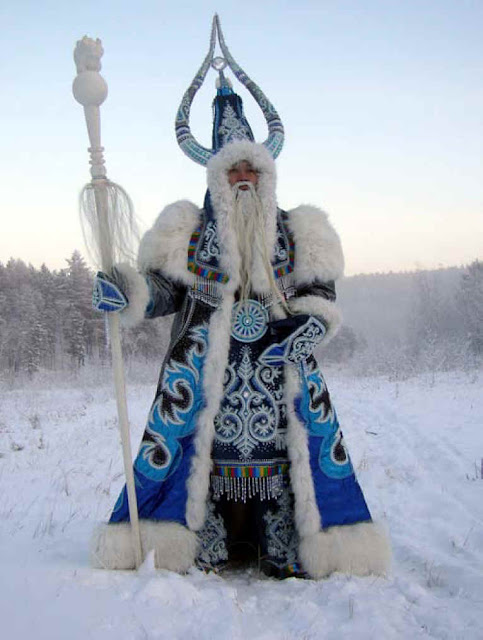 Some time after the old couple had left, a strange figure stepped across the snowy field. Most people wouldn’t be able to see this old man in his blue coat and his tall hat, his beard and staff just as white as the snow on which he tread. Those who could see him would quickly recognize him as Father Frost, an ancient spirit of winter. Father Frost had power over snow, ice, and all forms of coldness, but he was much kinder than such descriptions would suggest. He was the one who guided winter and make it not too cold for life to not survive. There were frost giants, trolls, and other evil spirits of ice who would try to freeze all life, but Father Frost made sure their power could not extend beyond winter.

Father Frost had seen the old woodcutters go into the forest for many years. They were respectful woodcutters, never taking more than they needed and trying to do the least damage to the forest while doing so. Father Frost was not in charge of trees directly, but it pleased him that mortals were trying to keep in tune with nature. He had been watching the village that day, gladdened that the humans were gracious about the snow and not complaining as so many were wont to.

He had also been observing the old couple and could see that their love of winter was still strong after so many years. He watched them build their snow girl and heard their desire for a daughter of their own, even if it was this facsimile of a girl. Father Frost felt pity for them and decided that these woodcutters, who had been so kind and generous to others, deserved their own gift.

He walked up to the snow girl and looked her over. She was well-made for something made by mortal hands, but he could do so much more with her. He waved his staff over the snow girl and said in a commanding voice, “Born of snow and wood, live as flesh and blood.” A bright light came from his staff and struck the snow girl who immediately started changing. The snow on most of the surface changed into white fur as the coat and hat became real. The small twigs that outlined the girl’s face sank deeper before actual orifices formed. The details became a lot more defined, with hair appearing around her head. Then color began travelling over her face as snow became flesh and hair. A warmth passed through the sculpture, turning what was originally packed snow into a living body. 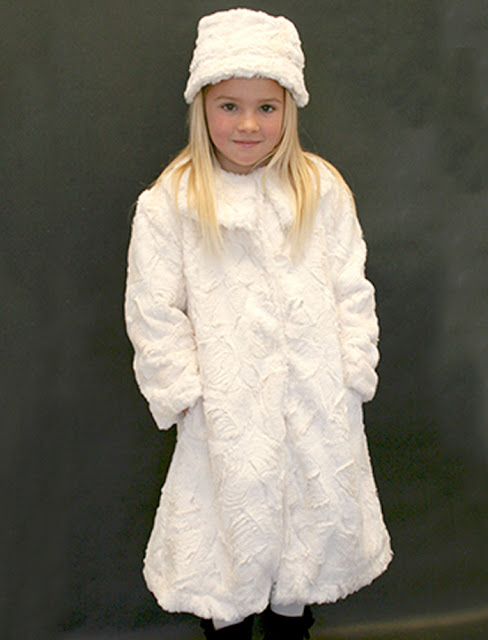 When the light faded, the snow girl was now a real girl. She had skin as pale as the snow, eyes as blue as the winter sky, and hair of the lightest gold. She blinked and said with surprise, “I’m…I’m alive.”

“Yes, and your parents are waiting for you,” said Father Frost. He took the girl’s hand and led her to the woodcutter’s house. Along the way, he explained more about her new life. She was flesh and blood now, but she was still a creature of ice and snow at her core. She would not melt, but heat is far more uncomfortable to her than to real humans and could potentially kill her. Her hair could grow and be cut, though the cut hair will always turn into snow, but her body will not age. She will require not as much food to eat, but she will need to drink plenty of water. Other than that, she was, for all concerns, an ordinary little girl.

When Father Frost knocked upon the old couple’s door, they were quite surprised to see him. They had thought he was only a legend, but he was as real as the girl he has brought to them. The couple were amazed that their wish had been granted and were grateful to finally have a child of their own, even if she was one who was originally snow. They named her ‘Natasha’ and they promised to take care of her for as long as they lived.