As spring started getting closer, Natasha was getting more doubtful that she’d be able to wrest Lel away from Baba Yaga’s clutches. The witch had him all but wrapped around Vasilisa’s finger and Natasha wasn’t sure what she could do to get him back. She could almost feel herself getting weaker as winter neared its close.

The worst of it was that Lel seemed to be oblivious to the depression that Natasha was sinking into. While he still treated her as a friend, he didn’t seem to notice how lackluster she had become. So when Vasilisa invited the two of them over to her house, Lel didn’t see anything wrong with the way that Natasha meekly accepted. 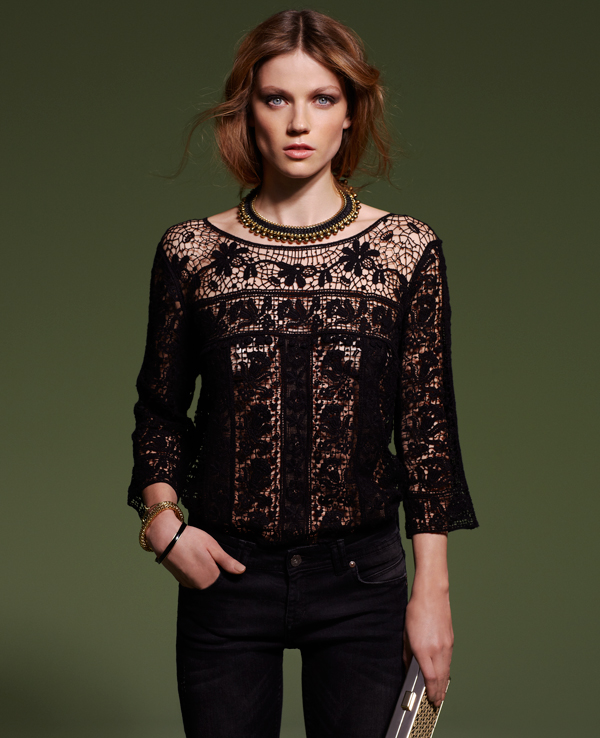 When Vasilisa answered the door, she was dressed in something neither Lel or Natasha had seem before. Her shirt was so thin and lacy, that nearly every detail of her upper body could be seen. It was hard to tell if she was even wearing a bra, but if she was, it must have been just as translucent. “Ah, Lel, I’ve been waiting for you,” said Vasilisa with a seductive smile as she pulled Lel into her house.

“Oh, I was feeling a bit more frisky than usual today,” said Vasilisa, “I’m certain you won’t mind.” She briefly glanced at Natasha who was walking inside and said, “Natasha, you can go…read in one of the other rooms if you want. We can chat over tea later once Lel and I have a little alone time.” Natasha watched in shock as Vasilisa suddenly grabbed Lel’s head and made him press his lips to hers.

Natasha was stunned for a good while but then she started to feel a heat build up inside of her. It was quite unlike any kind of heat she felt before. It filled her up with a fiery energy, pushing aside all doubt and despair. She could feel herself shaking with suppressed motion and she could have sworn her vision turned red as she saw Vasilisa kissing Lel. Finally, she could contain it no longer. “That’s enough!” she shouted before grabbing Vasilisa and pulling her away from Lel. She looked the other woman straight in the eye and said, “We’re going to have that chat right now.”

Vasilisa gave her an amused look before saying, “If you insist.” She turned to Lel and said, “You don’t mind waiting while we have our talk elsewhere, do you?”

Lel looked rather stunned but he shook his head and said, “No, no, go ahead and do what you have to in private.”

Vasilisa followed Natasha into another room and asked, “And what do you want to chat about?”

“Don’t be coy, you know exactly what I want to talk about!” snapped Natasha, “I can’t stand your constant flirting and butting in one moment longer! Lel is supposed to love me, not you! I don’t want you near him anymore!”

Vasilisa’s eyes turned fiery and said, “You dare to order me around?”

Natasha hesitated. Baba Yaga has very considerable power and could easily melt if she wanted to. But the thought of Vasilisa kissing Lel gave her new resolve and she said, “Yes, I do dare. I don’t care who you are, I’m not letting anyone take Lel away from me. I’ve pined for too long and risked too much to let some old hag steal him. I’m not backing down to you any longer.”

Vasilisa’s eyes glowed and it seemed like she would burn Natasha to ashes with her stare. But then the fire faded and Vasilisa said, “It’s about time you stood up for yourself. I was wondering if you had a spine of soft snow instead of hardened ice.”

Vasilisa smirked and said, “Your Obstacle wasn’t about out-seducing me, it was standing up to me. You’re obviously too inexperienced to ever hope to compete with me.”

“Then…what was the point of this?” asked Natasha.

“To teach you something,” said Vasilisa, “You can’t succeed in life by being passive and friendly. Some people won’t be agreeable just because you’re nice. You need to be assertive and be willing to confront. However, not everyone will back down as easily as I am. You may have to push even harder.”

“So…does this mean I pass the trial?” asked Natasha.

“My part at lease. You shouldn’t have any more obstacles except for making sure that Lel falls in love with you. Go with him, he’ll not be thinking about me anymore,” said Vasilisa before stepping aside.

“I wouldn’t have expected the wicked Baba Yaga to be so kind,” said Natasha.

Vasilisa glared and said, “Don’t push your luck. I could change you into a duck if I change my mind.” Natasha didn’t waste any more time and walked out. Lel didn’t put up any protests to leaving. He didn’t seem to remember why they came here in the first place. 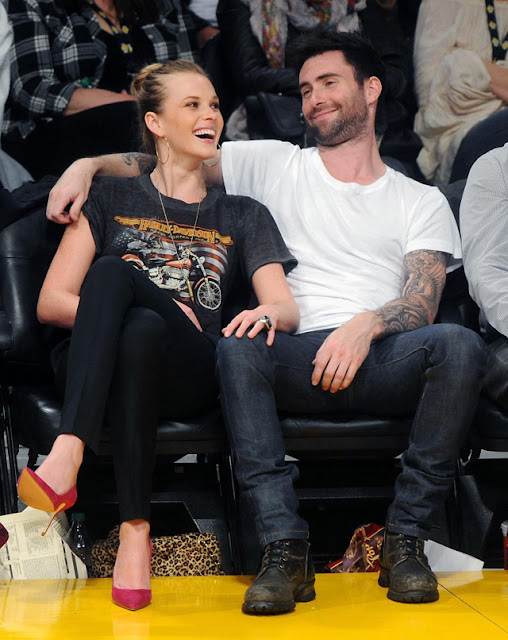 Once Vasilisa had left the picture (almost literally as Natasha didn’t see her again and Lel appeared to have forgotten about her), Natasha’s and Lel’s relationship began to bloom rapidly. The two of them began spending more and more time with each other. Everything from seeing plays to just walking in the forest, they did together. Natasha was certain that nothing was going to stand between them now. But spring was coming soon and she’ll have to make her move soon. 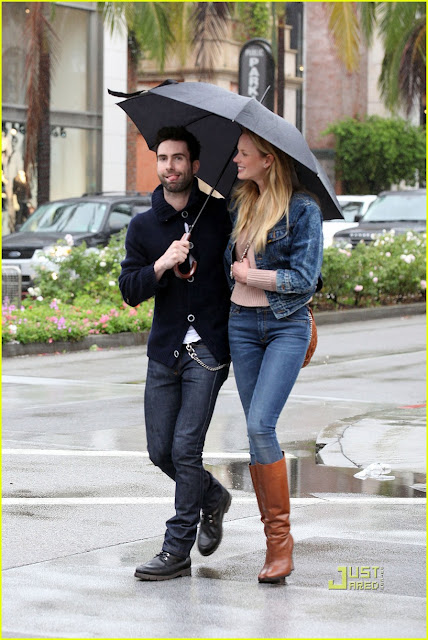 The first sign that spring was almost there was the rain. It was not snow, but straight rain that started washing away the ice and snow. Natasha knew it had to be now or never. She asked Lel to go with her into town for a while. Being a gentleman, he brought an umbrella to keep them both dry. 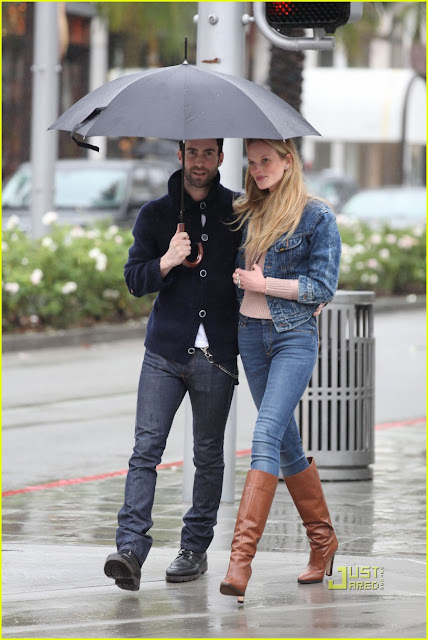 After walking down the street, Natasha eventually said, “Lel, do you think we’re close?”

“I think we’re very close,” said Lel, “Why? You think there’s something wrong?”

“Well, sort of. Do you think of me as only a friend?” asked Natasha.

“Well, I mean, are we more than ‘just friends’?” asked Natasha.

Lel looked at her and said, “Are you implying what I think you are?”

“Lel, I know you may know me for only a relatively short time, but do you think it’s possible you can accept me as your girlfriend?” asked Natasha with some trepidation.

Lel seemed thoughtful before he said, “Well, I have certainly thought about it a lot, but I wasn’t sure if you would want to or not.”

Natasha gripped the front of his jacket and pulled him closer to her. “How’s this for an answer?” she asked before pressing her lips to him. 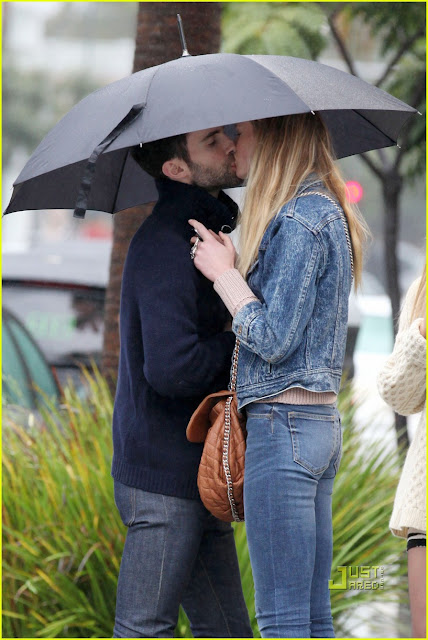 The two of them stood under the umbrella and kissed for quite some time. Natasha had dreamed about kissing Lel for a long time and it was every bit as wonderful as she imagined it would be. Eventually, they pulled apart and Lel said, “I suppose we ought to go on a date now.”

Natasha rolled her eyes and said, “We’ve been on enough dates. I think it’s time to really move our relationship up a notch.”

Lel’s eyebrows shot up. “Already? You don’t want to do something more-” Natasha cut him off with another kiss. Once she let him talk again, Lel said, “Well, I guess we can do what you want.” 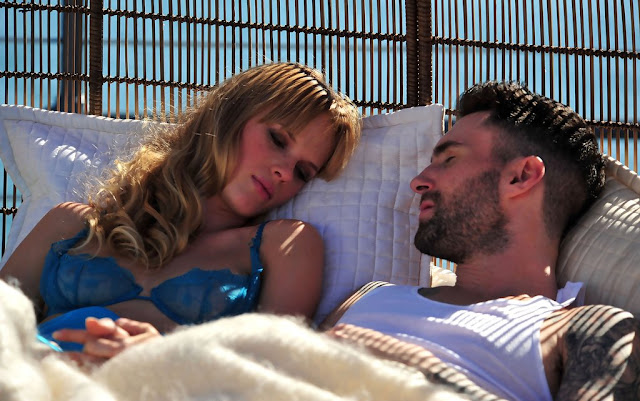 The rest of the day went by in a blur. The next morning, Natasha slowly woke up, feeling rather energized. She soon noticed she was in Lel’s bed and Lel was lying right next to her. It didn’t take her much effort to recall what had occurred last night. Lel hadn’t taken a lot of convincing to get more physical with their relationship. Natasha wondered if she had rushed things a bit, but it felt so good. 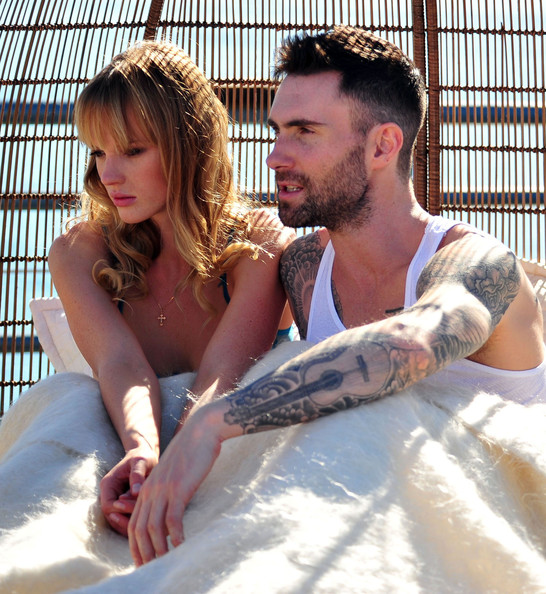 Not long after, Lel also woke up. He looked over at Natasha and said, “I dreamed about you last night.”

“Oh? Was it a good dream?” asked Natasha.

“Yeah, we were kids having a long fun day in the snow and…” said Lel before pausing and saying, “Wait, that did happen.”

Natasha paused in surprise. Did Lel remember her as a snow girl? “When did that happen?” she asked.

“Back when we were kids. We were always playing when it was snowing, but you weren’t so active in the summer. I think we spent our whole childhoods together until…” said Lel. Natasha waited with worry. Would it ruin her trial if Lel recalled everything. “Didn’t your parents send you away or something?” asked Lel.

“Sort of,” said Natasha, deciding to not try and correct him, “They sent me to live with my godfather so I can further my education. I spent a lot of time studying so I barely went back home.”

“Right, I only saw you a few times ever since you left,” said Lel, “Why didn’t you tell me who you were.”

“Well…I wanted to see if you could remember me on your own,” said Natasha, “And, I had a crush for you for so long that I wasn’t sure if I could speak to you. And I thought you’d think me more as a sister than anything. So perhaps if you didn’t think of me as the girl from your childhood, you’d find it easier to love me.”

“Almost as long as I remember. And it’s more than just a crush. Lel, I love you, I don’t know when I fell in love, but I’ve loved you for so long. I mean that stronger than friendship or anything. I should have spoken earlier, but I was always afraid that you wouldn’t feel for me the same way,” said Natasha, her heart spilling out of her mouth. She didn’t care if Lel knew her as a snow girl or a human woman, all she wanted was his love.

Lel was quiet for a while before saying, “I should have realized I loved you sooner. If I had just figured it out, we could have saved so much time. I guess I’m kinda dense, aren’t I?”

“That’s part of what makes you so charming,” said Natasha, not sure if she was believing what she was hearing or not, “Do you really mean that about loving me?” 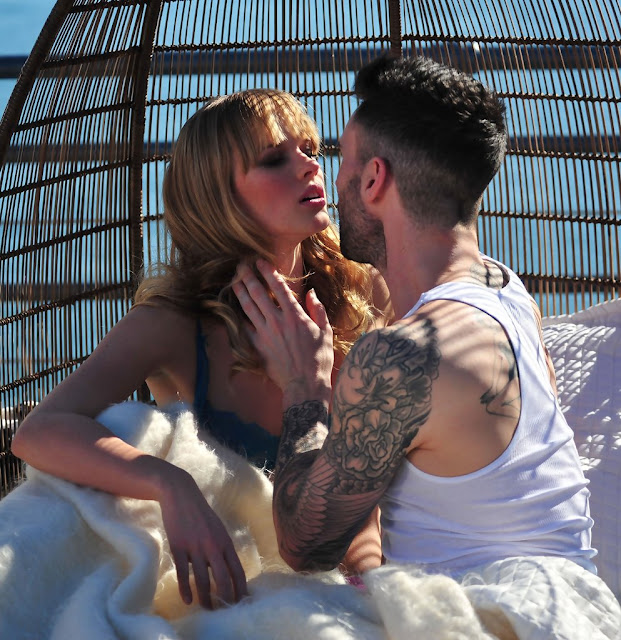 “How’s this for an answer?” asked Lel before turning her face towards his. Natasha smiled warmly before they pressed their lips against each other. 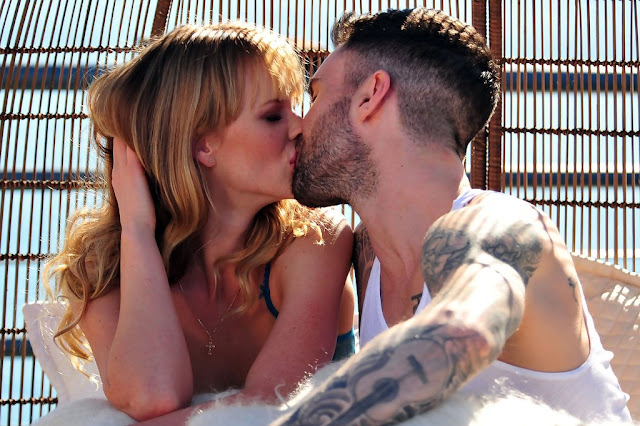 The two of them had kissed plenty before in the last 24 hours. There were kisses of affection, kisses of passion, but this felt like more than either of those. This kiss gave Natasha real warmth, a warmth that flowed through her body, a warmth she couldn’t get enough of. This was a kiss of compassion, protection, devotion, absolution. Could this really be what true love’s kiss is like? She suppose only Mother Spring could truly verify it. But if this kiss didn’t make her melt, she doubted that the coming of spring could do anything.