Since there's not much time left before this story ends, I decided to add something different in this chapter. I hope you don't mind.

I don't want you to have to wait much longer, so hopefully Pill 11 will be posted very soon. Keep an eye here. 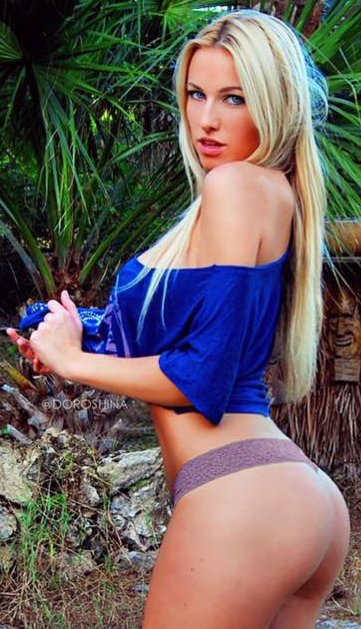 Things had changed a lot for Ann since the days when her parents would fuss over her the skimpy clothes she used ever after her transformation, which had happened almost a year ago.

Now she lived on her own on a comfortable house, and dressing scantily at home wasn’t a problem anymore. In fact, one of her favorite activities was taking care of her garden in little more than her underwear. After so many months, the novelty of having developed such prominent curves hadn’t worn off at all, and she still felt a lot of pride about her voluptuous body.

On the other hand, despite the fact that she had agreed with Melanie about getting rid of the pills as soon as possible, business was pretty much on a halt.

Luckily, the flask was almost empty by now, but Ann had become very cautious since the incident with Madeleine, who had discovered her secret. She wouldn’t ever take a risk like that anymore, and so she had let things cool down a little since her last two sells.

Because the last two transformations had attracted more attention than any of the recent ones. It was the first time, ever since Ann and Melanie’s own original change, when two people had changed on the same day, plus both subjects were sisters, and those two facts had brought more interests from the public. 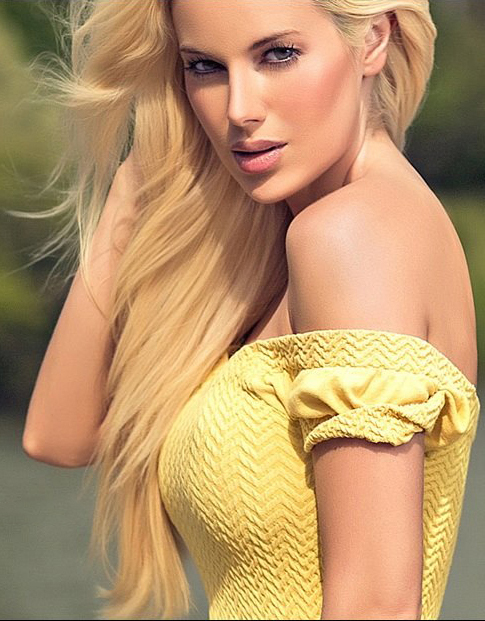 The media attention had lingered even more when the eldest sister, Claire, had sued hers and her siblings’ former legal guardian on the grounds of mistreatment. It looked like she was going to win too, and evidence had been found that the man had been trying to swindle the children out of their parents’ money before their transformation. The scandal had made them even more popular. 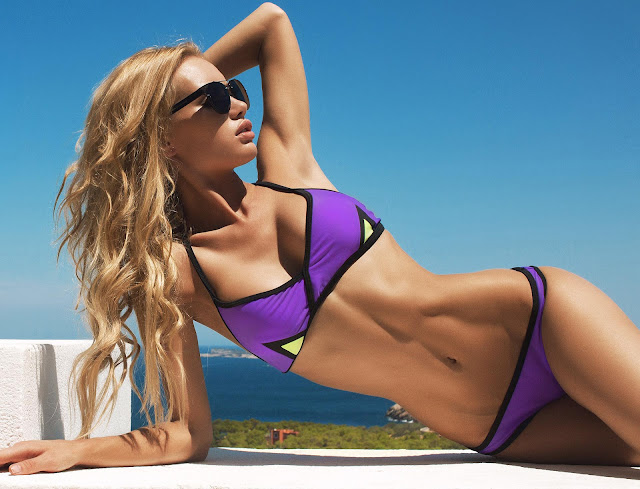 The younger sister, Maggie, had been in contact with Ann and they had become fast friends. As had happened with former clients, they had pretended to meet each other for the first time after the transformation, as Ann could always argue she was curious about knowing other subjects of the “mysterious” metamorphosis. So all new Amazons kept in touch with each other, and they even had formed an unofficial club.

In all, she had decided to wait before selling any more pills. The result was that, when she was finally ready to do a new transaction, her prospective trail of clients had cooled off, and she hadn’t an easy time reigniting it.

Only one potential customer sounded promising, being willing to pay up front, and being in a location where Ann could travel easily.

There was only one small setback: the client was a boy.

Ann had decided to be upfront with him when she had written him back:

“I could sell, but you should know my product has never been tested on a male before. It could not affect you at all, as happens with adult subjects, or even have a different reaction. And regardless if it works or not, I’m not refunding your money, so it’s you choice if you want to take the risk.”

The boy, Hayden, had been adamant about his position. He had the money, and he wanted to risk it. The mere possibility that it could work was worth it for him.

So, a week later, Ann arrived at his home, wearing her sport clothes. This time, she had masqueraded the pills as a special fitness protein shake that instantly transformed the user’s body. 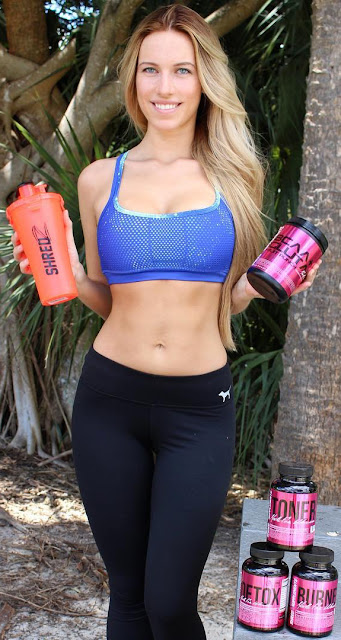 “Wow, you’re even hotter in person,” said Hayden boldly. Obviously, he had a lot of sass for such a small boy.

“You can’t really tell how big you are on TV, but now I can see you’re huge” he said. “That’s why I want it. I’m already 13, but I look like 9. I can’t stand the teasing from my classmates any longer. So I decided I had to try this.”

“Don’t get too hopeful, though. Remember this might not work.”

“Or it might,” shrugged the boy, and he drank the shake that Ann handled him.

The wait was longer than usual, and Ann was almost sure it indeed wouldn’t work on him, when he started to shoot taller. The speed of the changes themselves was also much slower than usual, but it was working.

“Hey, look! You’re growing,” she said, because he hadn’t noticed yet.

He squealed joyfully and got up, noting he was really a bit taller.

“You might want to take off those clothes after all,” said Ann, because he was wearing a small white cotton t-shirt and jeans.

“No, no! I’d love to hulk out of them,” he answered with a grin. “Oh!” he suddenly had felt a stirring in his pants, and he noticed his privates were enlarging gradually. “YES!”

He wasn’t very tall yet, but now he looked his 13 years. After a while, though, he started to look a bit too big for his age, and other signs of maturity started to spread, mainly a slow swelling of his muscles.

“I hope you don’t mind me asking,” he said as his arms got wider as they fleshed out, “but would you go out with me after I turn into a man?”

Ann laughed out loud. His face was already changing, and she could see he would become quite handsome, but nevertheless she kept giggling. The question had been too unexpected.

“Why not?” he pressed on, grimacing as his pectorals puffed out a lot. “We’d be great together. There’s not many people our size. We’d be like the hottest couple ever.”

Luckily for Ann, he stopped talking, apparently overcome by the fastening growth of his body. His torso and back had widened, and his white t-shirt started to rip until it completely teared over his chest. The lower half fell down, revealing his hardening abs.

Hayden’s short hair was getting a few inches longer. Ann had seen that most girls grew a long mane of hair, and that particular stimulus didn’t seem to be lost on boys.

Then, suddenly, everything stopped, and he was still far from being as big as his female counterparts had become, and he was obviously not completely adult either. He looked like a boy in his late teens, albeit a somewhat tall one with a fairly strong physique.

“What? Come on, just a little more!” he complained. Not even his voice had fully matured.

But the changes had stopped altogether. Or so they thought: About a minute later, they resumed, though in a different, unexpected direction.

He had started getting taller again, this time with renewed speed. But at the same time, the burly build he had developed in the last minutes was subduing slowly. His body remained visibly toned, but his muscles were becoming more subtle.

Then, things got much stranger when his waist shivered and came in narrower, while his hips flared and his thighs rounded, further stretching his already tattered jeans.

“W—What?” he asked in disbelief, watching as his fingers slimmed at the end of his already slender arms.

“Oh, no!” exclaimed Ann, now understanding exactly what was going on, and just then, his hair exploded into dark curls that reached to the middle of his back.

Speaking of his backside, his rear had ballooned considerably, while on the front, his crotch was deflating, turning into something else entirely.

“No, no! Please, no!” he kept whimpering in an increasingly womanly voice.

His square, handsome face had softened into features that were undeniably feminine, if not entirely pretty, as they retained a bit of his roughness. His tan skin showed below his ripped clothes, showcasing a torso that was shaped like an hourglass.

From that same torso, the final touches of his metamorphosis were taking place. His large pectorals had remained as large, but now they swelled much bigger and rounder, while muscle turned into breast tissue. 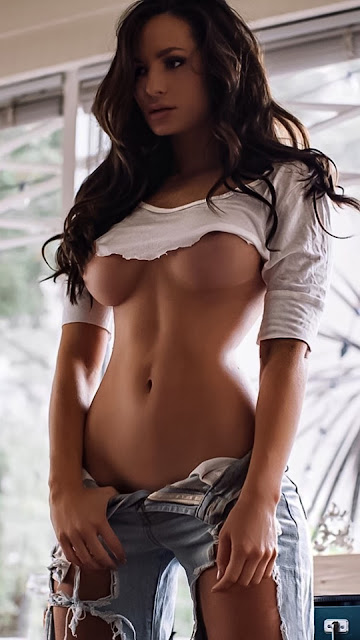 Then it was over and Hayden was a woman from head to toe, as much of an Amazon as any of the girls who had used the pills before him.

He was still stunned, looking down at himself, but slowly, the reality of the situation dawned on him. Tears came to his eyes.

“Hey, I tried to warn you,” Ann defended herself. “I told you it was untested and you were willing to take the risks even when you didn’t know what it could do to you.”

The woman-Hayden nodded miserably and then he started crying so desolately, that Ann felt sad for him, despite the fact that she hadn’t really liked the boy when she had first met him. She approached him and hugged him to console him.

“There, there. I’m sure it won’t be so bad. You’ll probably learn to enjoy this. It’s a good life, I can vouch for it.”

But he kept weeping for the better part of an hour. Ann wanted to go, but she wasn’t sure about leaving him in such a pathetic state. Then, finally, he started hiccupping and the cries stopped gradually. He started to really look at himself, taking on the differences of his new body and finding that, after all, maybe Ann was right and this wasn’t so bad.

“And I got to be really big after all,” he said standing up. “I’m bigger than most men, actually.”

“Yes, you got even a bit taller than I am,” said Ann trying to cheer him.

Ann nodded and looked at her client. She looked much calmer, a bit excited, even, so maybe now it was a good time to withdraw.

“Okay, then. I better leave now. I wish you the best of lucks.”

Ann turned to leave, but then the brunette called on her.

“Would you to go with me now?” she asked, her voice intonations quite sexy for someone who hadn’t much practice with her new vocal chords.

Hayden shrugged. At least she had tried.