The second half has started.

And next week, wait for the Marvel Girls' finale.

The subject line of this new e-mail was enough to strike Ann with panic. Her secret was out, she knew it. 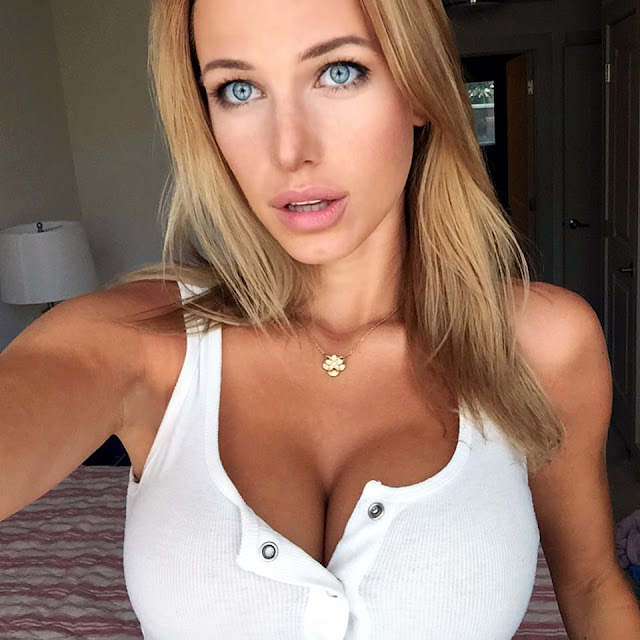 Slowly, like fearing she would die once she read the contents of the mail, she lifted her arm and clicked it open.

Yes, just like you suspect, I’ve figured out your involvement in all those mysterious transformations which have been reported.

It wasn’t hard. The fact that all other girls have been rich made me suspect either you or Melanie have been asking money in exchange for whatever secret you’re using to make them grow up. I just had to check your movements, and I found out that Melanie is clean, but you’ve always been around the places where it happened. Without giving myself away, can tell you that because of his work, my dad has access to that kind of information.

I don’t know why the authorities don’t suspect you. Maybe they’ve been too bent on finding the scientific reason for the changes, or maybe it’s just because they don’t understand the psychology of a preteen girl. You see, I’m also 12, and I understand perfectly the desire to grow up quickly into a perfect woman.

So that’s exactly my price. I don’t have any desire to spill the beans. But you see, I doubt I can meet your price. I’m no rich girl like your other clients, and I find it very unfair that I can’t have the same privileges they do just because of that. In fact, I think I’ve gained the right to your secret, since I’ve outsmarted you.

Let’s meet tomorrow at 3 o’clock and you will transform me (the address is attached to this mail). After that, you won’t hear from me again and I’ll forget what I’ve discovered. Oh, and don’t think about poisoning me or anything like that. If something happens to me, I’ve arranged for your secret to be revealed.

Ann read the e-mail three more times before really trying to understand what it meant. She was still in shock and it took her a few minutes to realize things weren’t as bad as they could be. Yes, she was being blackmailed, but that was better than being found out by the authorities.

She considered her options. Should she call Melanie and tell her? No, not yet. She knew her friend would panic and make things worse. She wouldn’t need to know anything until after Ann took care of the whole situation.

But how? She supposed she had to follow the instructions, there wasn’t any other option. It was better to lose a pill’s worth of revenue than the alternative. Ann had no doubt this Madeleine girl was really capable of rat her out. After all, Ann was a very ambitious girl too, and Madeleine reminded her a bit of herself.

What else could she do? “Don’t think about poisoning me…” The words danced in front of Ann’s eyes, but she didn’t even consider that option. Not only because of the threat, but because Ann, ruthless as she could be, wasn’t a killer. She preferred to lose all her pills, or even give up her game altogether over taking a life.

No, she definitely had to comply. One pill to buy Madeleine’s silence. That was all.

The address wasn’t far from the city’s center. It was an apartment building, and when she rang the door, it buzzed open. She didn’t know what to expect inside the flat.

She already knew Madeline’s age, but Ann was still shocked nevertheless to see that her biggest threat ever was a girl who barely reached her navel.

“Welcome,” said her blackmailer with a polite smile.

Madeline was a brunette who was a bit on the chubbier side. Ann didn’t answer back the greeting, and instead closed the door behind her and looked around nervously.

“Is someone else here?” she asked.

“No, that was the point of asking for you at this time. There’s just enough time for us to do this. Then you should go immediately.”

Ann sighed. She was determined to follow through, but she still regretted having to lose a pill.

“Are you sure you want to do this? Being an adult isn’t really all that cool,” Ann still hoped there was a chance to talk her out.

“Right, let’s not loose time,” said Madeleine, who wouldn’t bite. “Give me the thing. What is it?”

Ann sighed once again and produced the pill she was hiding in a small box.

“This is what we’ve been using. Now, you promised. You’re not telling anyone about this.”

“Don’t worry. Once I do this, it’s in my best interest that nobody finds the causes. If the pill is discovered, they might manage to work an antidote, and I wouldn’t be interested in that.”

Madeleine made a good point, and Anne believed in her. She wouldn’t talk.

She still felt dejected when Madeleine took the pill and drank it with a glass of water.

“You might use that time for changing into something else.”

“I can’t wait until it sta…” her voice was getting deeper. “Oh, my God, something is happening!”

Her mouth was becoming wider as she spoke, her lips swelling considerably. Her body was also bulging, her clothes tighter already, her feet getting bigger quicker than the rest of her, but she was already barefooted, luckily.

She moved her toes to prove she was still in control of her growing body, and then her hips widened, and she had to remove her skirt. Ann could see her shapelier legs and that her crotch was indeed covered by a bathing suit, which was getting tighter as her hips became quite pronounced.

Her face was cracking on, and her large mouth didn’t seem so incongruous any more, as the rest of her features also matured and improved. Her body was far from done, but her face already looked like that of a beautiful adult.

The increasingly taller Madeleine was transfixed in front of her reflection.

“This is the best thing ever.”

“I know,” said Ann a bit sadly, but also very interested in watching the changes.

The most interesting ones were always when breast tissue formed quickly on the chest area. The buttons of her white shirt started to strain, and she undid them, revealing the full burgundy swimsuit.
Her longer fingers tried over her swelling bosom, which kept pushing forwards and upwards. Her lower body also expanded a bit more, forcing her to sit on a stool, while her hair grew, not longer, but rather fuller, and she undid her ponytail, letting it cascade freely. 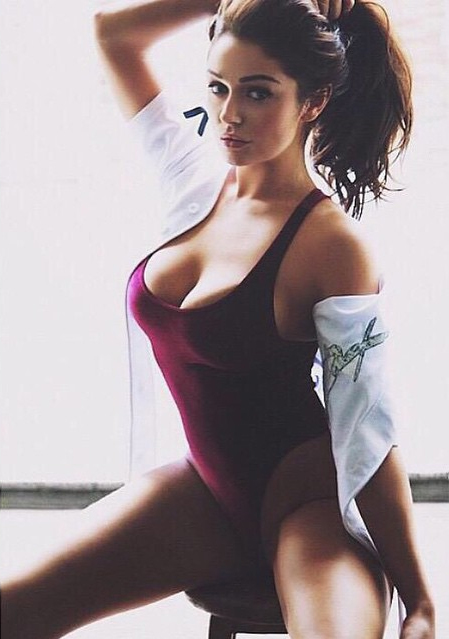 It was over, it seemed. Madeleine had joined the Amazon’s club. “And free of charges,” thought Ann with a shrug.

“Thank you so much for this,” said the blackmailer, apparently very moved by what had just taken place. She was looking down at her changed form and it seemed like she was about to cry of happiness.

“I feel much bigger than I had suspected. This swimsuit is on its breaking point.”

She ran into her parent’s room. A couple of minutes later she was out again, this time wearing two piece lingerie. 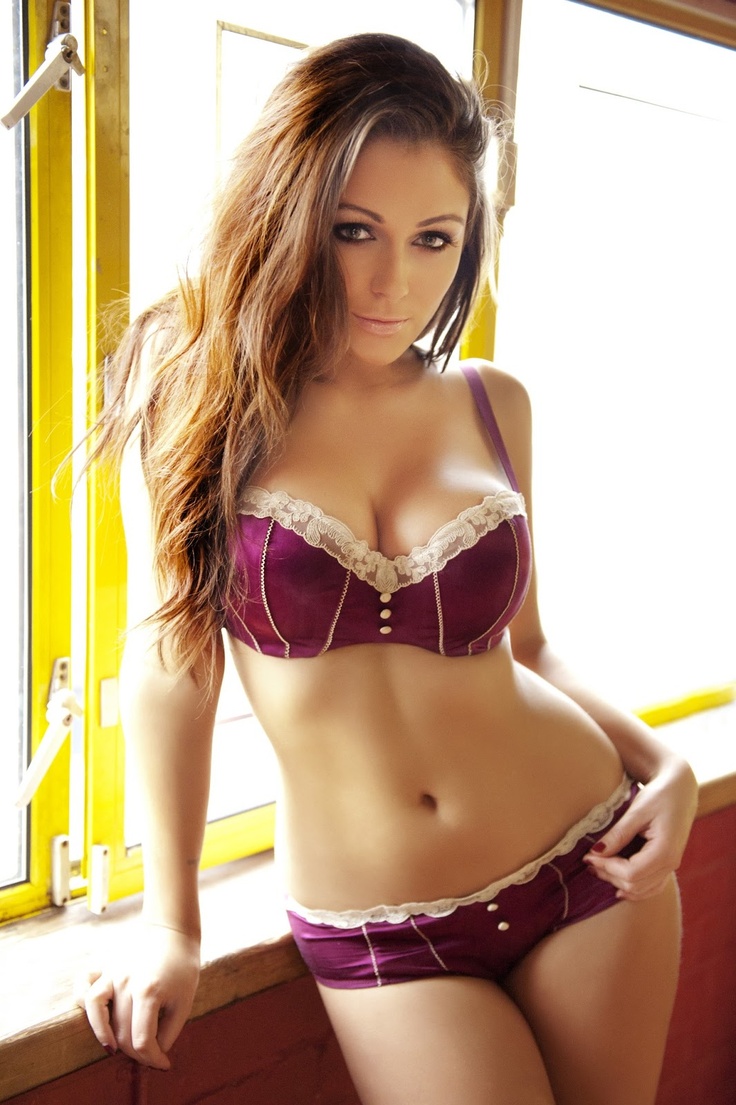 “Still tight, but at least less constricting,” she said.

Her tears were gone. She seemed to be fully enjoying the results of her extortion now.

“Sorry I had to take your pill like this, but I couldn’t do it any other way,” said Madeleine without any evident guilt.

“Glad to be of service,” said Ann ironically.

“Want to drink something? It’s the least I can do.”

“I hope you’re not mad at me,” said Madeleine, and this time she sounded sincere. “I like to think you would have done the same thing in my place.”

Ann considered it carefully. She wondered if she was going soft, but she was starting to like this girl. She was indeed a bit like herself.

“I’m not actually mad at you. You outsmarted me fair and square, so you deserved the pill. I’m mostly mad at myself for not being more careful. And yes… I would have done the same thing in your place.”

Both girls-turned-women smiled and after a while they shook hands.

“Actually I think I could use something to drink, if your parent’s aren’t arriving any time soon,” said Ann sitting at the kitchen table.

Ann nodded and Madeleine started on the machine. As she waited on it, she went back to her parent’s room again and this time emerged wearing short pants. 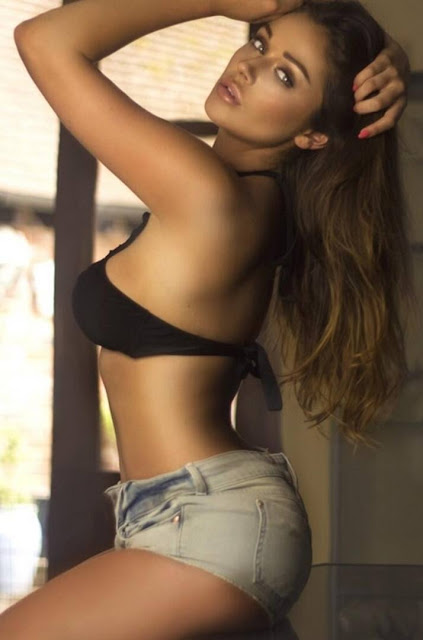 “How do I look?” she asked posing in front of Ann.

“It’s ironic, but I always hated being overweight,” she said serving the coffee. “Now I love being so large.”

“It’s great, isn’t it? Being petite is overrated,” agreed Ann.

They drank the coffee silently and when they were done, Ann rose up again.

“There’s one thing that worries me,” she said. “You deduced this so easily. Anyone could do it and I’d really get in trouble.”

Madeline laughed a bit, but she seemed embarrassed.

“I’m sure you’re safe. You see, that “deduction” was actually a lot of guesswork after the fact.”

“Uhm… I didn’t figure out anything,” admitted Madeleine. “I just happened to be near the forest bridge a couple of days ago and saw you giving that girl something to drink and then she developed right there. It’s just a coincidence that I discovered you.”

“But I did a bit of detective work, I suppose. I was able to track you down and find out your e-mail.”

“So…” Ann suddenly realized everything. “You actually knew they had to drink something. No wonder you were worried about poison! I should have noticed that!”

“Yeah, it was a necessary risk. For all I knew, you could try to kill me instead of giving me the real thing.”

Madeleine wasn’t sure how Ann would react, but then the blonde laughed quickly.

“Well played. You still outsmarted me,” she opened the door and turned back once more. “Oh, and take care of…”

“Yeah, your coffee cup. Already on it.”