“So, what could be the meaning of this? This one is the fifth such case in just a few months. Should we really start getting concerned? Are our kids in danger?”

The interviewer waited for her expert to answer, and Ann raised the TV’s volume. She tried to listen to as much programs about the “mysterious” aging cases as she could.

“We really don’t have an answer for that, but it certainly seems this is becoming more extensive each time. At first we thought it was only an isolated case with those two girls, then we thought it was the city, but now other victims have emerged in different areas. It’s definitely worrying.”

Ann knew this expert. He was one of the scientists who had examined Melanie and herself after their change.

“And do you have any more theories? Can you connect all the cases?” asked the presenter.

“Well, there’s the obvious link, of course. So far, all victims have been female, as media has pointed.”

Ann had a few prospect clients who were boys, and she had often wondered if the vitamins would work on them, but she couldn’t dare to experiment, so she had rejected their offers. Better safe than sorry. Each pill was far too valuable.

“But there’s another connection which hasn’t been talked about that much. Other than the first two simultaneous cases, all girls come from wealthy families. Even so, Ann and Melanie are relatively affluent, even if their parents aren’t millionaires like all others’ are.”

“And what significance could that have?”

“We still think this is due to a chemical agent. So it must be something that is usually found among well-off people. If it’s food or other kind of product, we still don’t know, but we hope to detect it soon.”

The program came to a close and Ann turned off the TV. She knew people would realize the changes were only targeting rich girls, but she hoped that didn’t mean she would be found out any time soon. Maybe it would even work as a distraction, since they were still looking in the wrong direction.

Ann had no intention of lowering her clientele. After all, other people couldn’t pay the kind of money she wanted, especially children.

She had just received a response from Brenda, a new candidate, who had answered to a private mail she had sent her.

In it, Ann had sent a picture of herself where she posed and offered a wonderful substance that would “give you a grown body just like mine.” 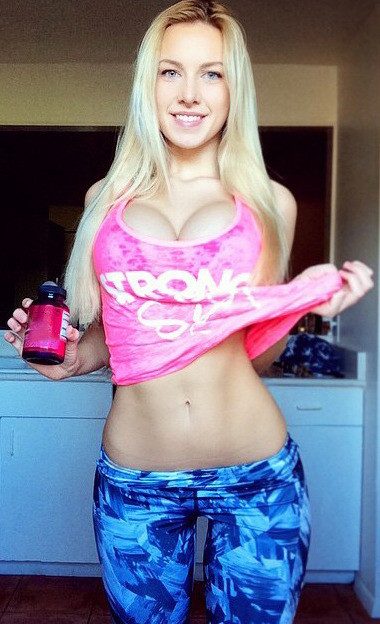 Brenda would make a perfect client, because she was travelling near the city, which would mean Ann didn’t have to go outstate for the second time in two weeks, which was great because she wanted to diffuse suspicions, if there were any.

Ann and Brenda’s rendezvous point was in a bridge near the neighboring woodland area. Brenda was at a hotel close by, along with her aunt and uncle, but she had managed to wander out alone while they were at a conference. It was the perfect moment to make her grow.

Since Brenda wouldn’t be able to bring her own large clothes without raising suspicion, Ann had a bag with a couple things prepared. She approached the brunette girl with an inviting grin.

“We don’t have too much time. I should go back before the conference is over,” said Brenda.

Since those usually took some time, it was a good thing Ann didn’t need one of her magical excuses prepared for this client, as she had brought her complete payment with her. Brenda already knew the miraculous product was a chemical, though Ann had disguised it so that she couldn’t guess the actual origin of the pill.

While Ann stirred the canned milkshake that contained the medication, Brenda opened the bag and looked through the clothes.

“I don’t know exactly how large you’ll become,” explained Ann. “Each of us has slightly different measures, so I brought a couple sizes. But any of them should fit you well enough for the transformation.”

“Okay, then I’ll wear the blue one. I like it better.”

“Good choice. Here, drink this after you’re done with the clothes. Change quickly, though usually there isn’t much people walking on these parts.”

Brenda put on the clothes she had selected. It was a blue wool dress with a wide belt and large boots. She looked a bit ridiculous on the loose clothes, but as she drank her milkshake, Ann knew things would seem very different in just a few minutes.

She just waited there for a while as nothing happened, but then Brenda started to squirm uncomfortably as her clothes started to crawl a bit over her skin.

“Hey, I think something is happening!” she said excitedly.

Very quickly, Brenda had started to look much older. Her features were aging dramatically and fast, leaving childhood behind as the 11-years-old girl’s face became womanly. Her body was also on full blossom. Curves were slowly pushing out the wool, and her taller frame was making her show more skin on her arms and legs.

Soon, a maturing teen was stretching the dress, and she entered college age as she neared on adulthood.

Ann thought her client’s legs were outstanding, as her muscles there puffed out to give her shapely limbs. Her hips had also flared, and though her breasts had inflated quite a bit for an average woman’s frame, on her Amazonian body they looked regular. In fact, Brenda was the smallest one on the chest department out of all the girls who had used the pills.

She had to adjust her belt as her body continued to swell, stretching the wool on her behind to its limits.

“I think the dress I picked was too small!” she said with her mature voice.

The new woman had just come of age and her gorgeous locks had grown a bit longer, cascading over her shoulder blades. Her lips plumped around her smile as her freckles faded. The dress looked like a perfect hourglass now with her curves stretching it everywhere, a small rip forming on its back, but her large feet were still comfily encased on her shoes.

Looking over a decade older than she really was, the changes slowed until they stopped altogether.

“I was hoping it would work, and yet I cannot believe it,” said the dumbfounded Brenda.

“Pleased to help you,” said Ann with a vendor-like smile

“The dress has ripped. I got a bit bigger than I thought.”

“Good for you. But don’t worry, I’ve got larger sizes on that bag. Take the one with the stripes, I think that’s the biggest.”

Blushing intensely, Brenda removed her current garment, remaining only in her new adult panties. She changed into a similar wool dress, which was only slightly larger than the other one, and also tight, but at least it wouldn’t rip, and the sleeves were far more comfortable. The brown boots she had picked were pinching her a bit too, so she swapped them for a black pair. Their high heels rendered her even taller.

“These legs are amazing. I feel like I could crush a person with their power.”

“You probably could,” Ann warned her.

“I bet I can run incredibly fast too. Their strength feels amazing!”

Brenda walked a couple of steps… and fell right on her rounded backside. Thus far, she had remained reclined against the bridge’s fence, but as soon as she let go of it, she had collapsed.

“You might have strong legs, but you’re also unused to them,” explained Ann. “It happens to all of us. You need some time to adapt to your size.” 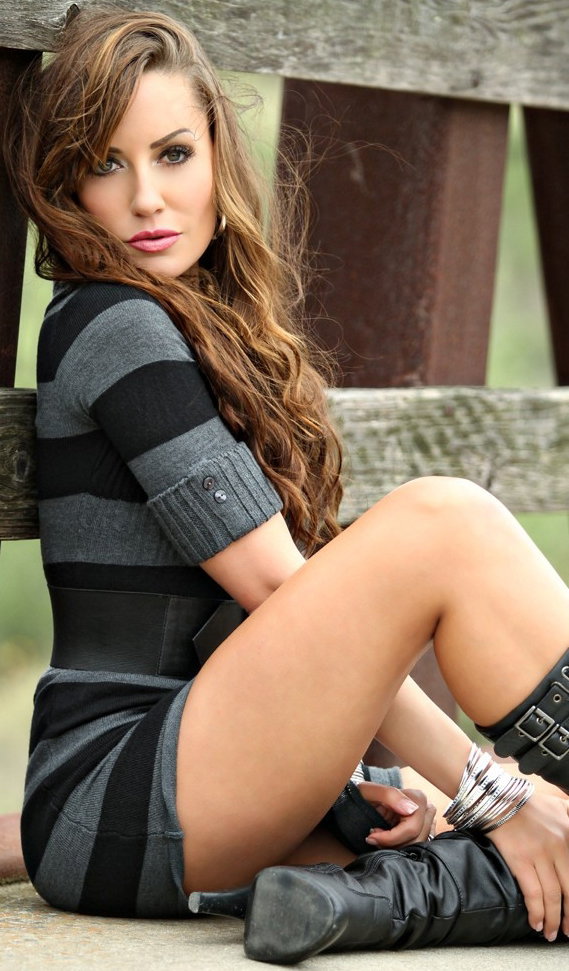 “This is surreal. I’ve just realized I really have to explain this to my aunt. And then to my parents.”

“Just stick to the plan and everything will be all right. Feign ignorance like all of us have done. Then tell them after it happened, a kindly couple of tourist saw you in your tattered clothes and they gave you some clothes the woman had just bought.”

“Okay, I believe I can manage,” said Brenda with more determination.

She grabbed the bridge’s fence and helped herself up. Once she was on her feet again, she looked down at her body with a transfixed expression.

“This feels very different. Everything sticks out.”

“Oh, I know what you mean, but don’t worry. You’ll get used to it quite soon.”

Brenda and Ann exchanged quick farewells and parted ways. The longer they remained there, the more possible it became that some tourist would really stumble upon them, and Ann didn’t want anyone to see them together. 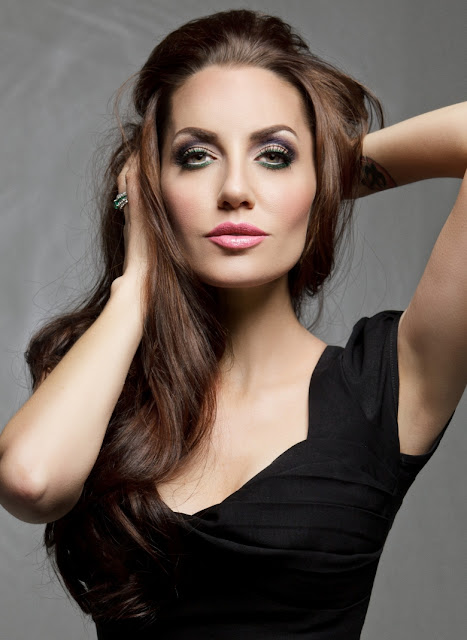 The news of Brenda’s transformation were reported to media relatively quickly. Just the next day, she could see her client’s adult face already being interviewed. She looked well-adjusted and very pleased with herself, and Ann liked a satisfied costumer.

Plus, her method had been working so far. There was some comment in the interview about the closeness of the location of Brenda’s change to the city were the first three cases had occurred, but they weren’t putting the pieces together in the right way. Nobody was onto Ann.

But she was wrong, as she realized that very night.
More vitamins: