Sorry it took me this long.

I made this part quite long too to make up for the delay. Pill 10 should come next week.

Maggie couldn’t help but tremble as she took the bottle where Ann had mixed another pill. The girl looked up at the imposing woman, feeling tinier than ever before. If everything went right, she would soon become about her age and size. She looked down at herself again. That was a lot of growing to go through. 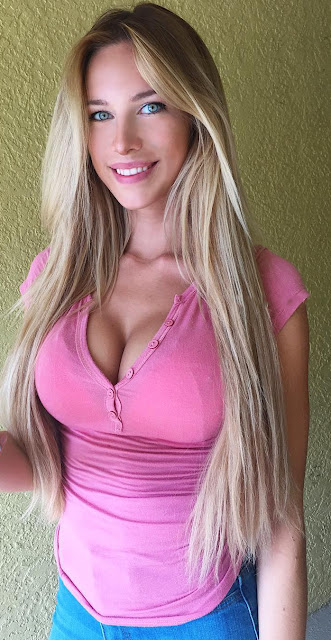 “Yeah, you’ll see how wonderful it gets,” said her sister Claire. “Are you comfortable in that?”

Maggie nodded. While Ann prepared the new dosage, she had gone to change herself into her mother’s clothes too. She had some summer short pants on and a large pink bikini underneath. The top piece hung too much over her skinny chest, so she had covered it with a jean blouse which she buttoned up to hide her skin.

She looked at the bottle once again, and she just gulped it down so suddenly she surprised herself, since she didn’t remember having ordered the action.

“Waiting is always the worst part,” said Ann as the seconds passed. “The anticipation at knowing what’s about to… Oh, see, I think it has started!”

Maggie had suddenly spurted a bit taller. It was just a few inches, but she had been small enough to make a difference. She could also feel herself getting heavier, as her mass and weight increased accordingly.

“My heart is racing like crazy,” she whispered scared. “Is that normal?”

“Calm down, it’s just the adrenaline,” said Ann. “Plus, I guess your heart is getting bigger itself.”

That sounded distressing to Maggie, but she didn’t have much time to linger on the thought. She was getting taller and taller, and now the leaps were significant, and she gained inches in a matter of seconds. So far, her legs were doing most of the growing; she suspected by the time she was done, they would be more than double their former length. In any case, her shorts had ridden up her thighs, which were also widening in diameter.

Her golden hair cascaded longer over her face, getting a bit messier than she usually kept it, and her face had started to gain a bit of maturity, that attracted the attention of all witnesses as her body still remained generally skinny.

She now looked like a tall young teen. She pulled down the neck of her blouse, though, because obviously her breasts had started to catch up with her growth. They didn’t swell as massively as Ann’s or her sister’s had, at least thus far, but they were more than enough to strain her mother’s bra, and she unbuttoned her top to allow them to expand further. 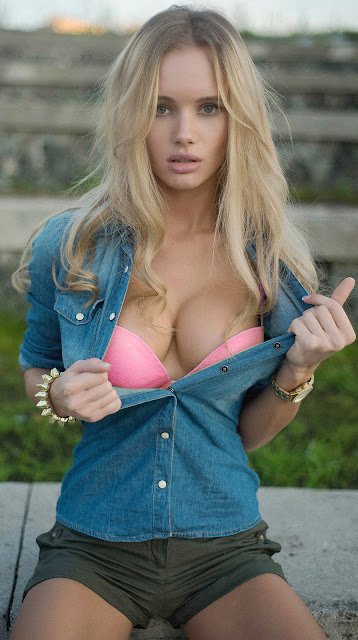 The exceptionally cute teenager was giving place to a gorgeous young woman. Like her sister Claire, Maggie was gaining very plump lips in adulthood, and her blue eyes really shone on her perfected facial structure.

Her physique had become fuller yet, and though she had become only a bit less curvy than Claire, she was surprised to find herself a couple of inches taller when the changes ended. 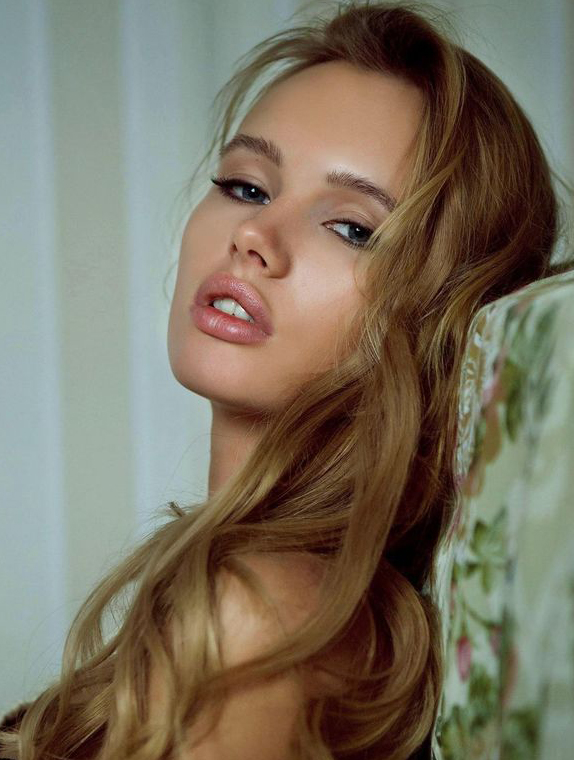 “This is… this is…” words failed her as she looked down at the finished result.

“Yeah…” said Claire, her eyes open like plates. “Going through it myself was one thing, but watching my little sister…”

“And now I’ve witnessed both of you outsizing me,” said their brother Jim.

Clare giggled a bit and even Maggie joined her.

“You’re still my big brother,” she said, but with her lower voice it didn’t sound very convincing.

Ann suddenly felt like an intruder on a family scene.

“Well, I think I better leave you now. You’ll have a lot to figure out. It’s was a pleasure doing business with you.”

The siblings thanked her, and Ann departed, leaving the two new women and their brother on their own. Jim soon excused himself too and he went up to check on his youngest siblings.

Maggie lost no time in going back to her mom’s bedroom. She peeled her shorts with difficulty and got rid of her top so swiftly a few buttons actually snapped on the process. 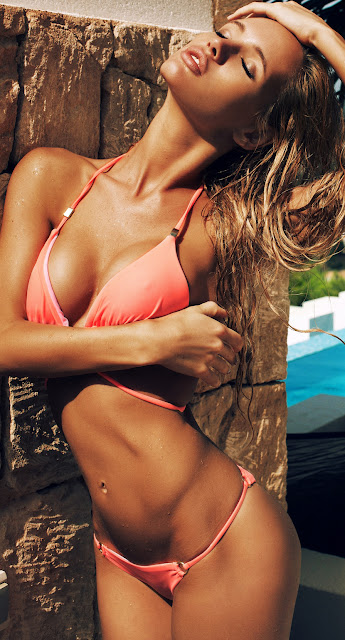 Just the sight of her bikini-clad lithe body compelled to arch her back and head in a sudden wave of rejoice. Her skin, which was now almost golden-colored glistened a bit under the sweat caused by the distressing transformation.

There was a short knock and her older sister entered the room.

Maggie tried in vain to cover herself with her arms.

“Oh, come on, sis. There’s no shame between us anymore.”

Claire stripped down of her clothes and laid herself on the bed after dressing in her own form-fitting lingerie. 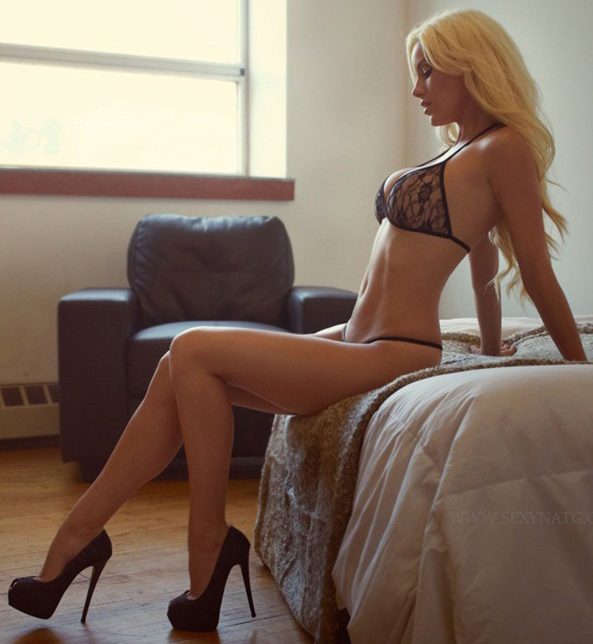 “Who could have thought we would end up like this?”

They both stood side to side in front of the mirror.

“I’m not sure why, but I can still tell I’m older than you,” commented Claire.

“Yes, I see what you mean. I like being just a bit taller than you for a change, tough,” said Maggie, and both giggled together again.

After a while, though, the fun restrained in her mind.

“We should get ready to face him,” she said, suddenly very serious.

Their guardian was due to be back very late, but she wanted to be prepared nevertheless.

“Oh, relax, kiddo!” said Claire. “I’m ready to face him anytime! Plus, he’s ages away. We won’t let this chance to play dress up together slip away!”

Maggie laughed silently, already feeling calmer. It was true. Why not have some fun? 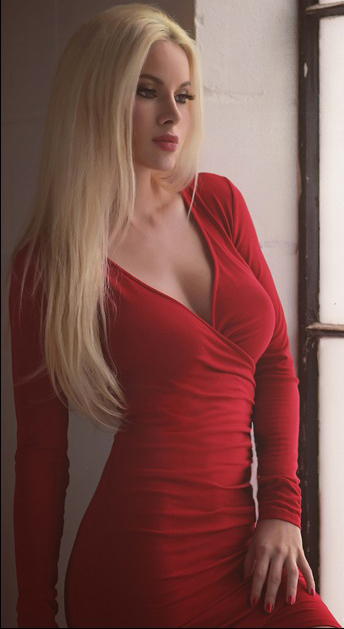 “I think we should be dressed to the nines,” said Claire, slipping into a slinky red dress. “That way we’ll impress him further with our poise. Maybe give him a heart attack to get rid of him altogether, if we’re lucky.”

“Claire!” yelled a scandalized Maggie, though she had to admit the idea of the tyrant dropping dead sounded appealing.

Instead of going for a dress like her sister, Maggie had found some jeans and a matching jacket. 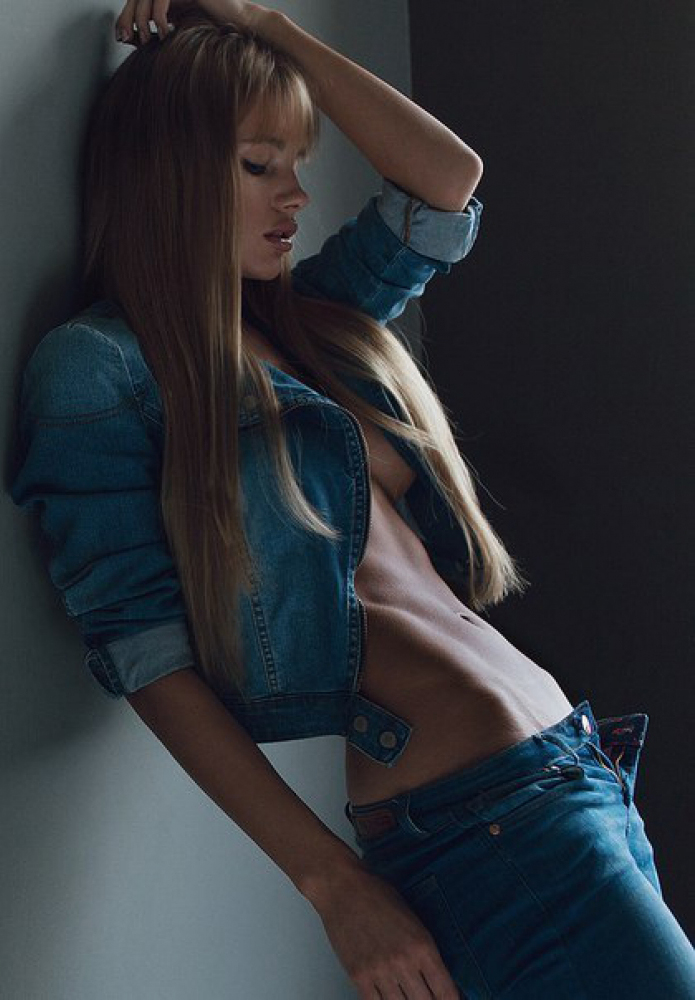 “Wow, look at both our waists,” she observed. “They’re so tiny!”

“Yeah! They’re about the only thing that didn’t grow a lot,” agreed Claire.

“Yeah. Our abs certainly did grow, though” said Maggie, holding up her jacket to catch a better glimpse of her stomach.

She had been unable to zip up her pants, so she decided to follow Claire’s lead and go with a dress.

The sisters had a lot of fun going through the clothes. Most of the things were far too tight on them, but that added to the appeal.

“I never realized how many pretty dresses mom had!” noted Maggie.

“I guess that’s why grown women take so long to get dressed,” said Claire. “I can’t decide which one to use, they all look great.” 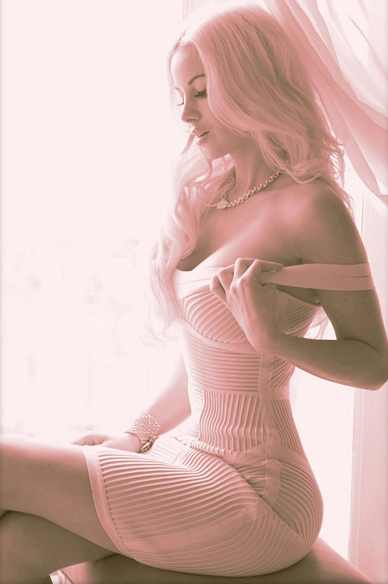 But soon she picked a gorgeous pink model which she completed with her mother’s jewelry, and she fluffed out her hair. She was really enjoying how her now impressively manageable hair could become straight or wavy with just minimal effort from her brush.

“What do you think?” asked Claire sitting on a chair. 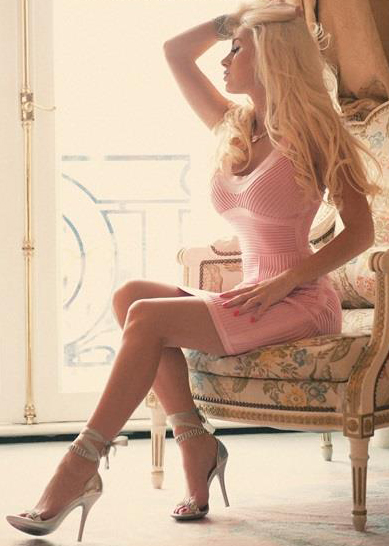 “Wow. You look even bigger like that. And in those heels,” said her sister.

“Yeah, he’ll have to look up -way up- to us when he talks now. The heels were a great addition, but I don’t think I should stand up too much while wearing them. We might be a bit too heavy for them…”

“Yeah, I never thought about it. Well, we’ll have some special stilettos made just for us!” enthused Maggie, who had gone with a dress that was mostly yellow, her favorite color.

Just then, they heard a car pulling up in front of the house. Their guardian had arrived.

“Ready,” nodded the not-so-little one.

The man entered the house he expected to own soon with firm and sure pace. He was tired, and he hoped those damn kids wouldn’t bother him.

“A necessary inconvenience,” he though. Without them, he couldn’t get his clutches on their parent’s fortune.

He entered his room distractedly, and he almost had a start when he saw someone already in there, laying on his bed. 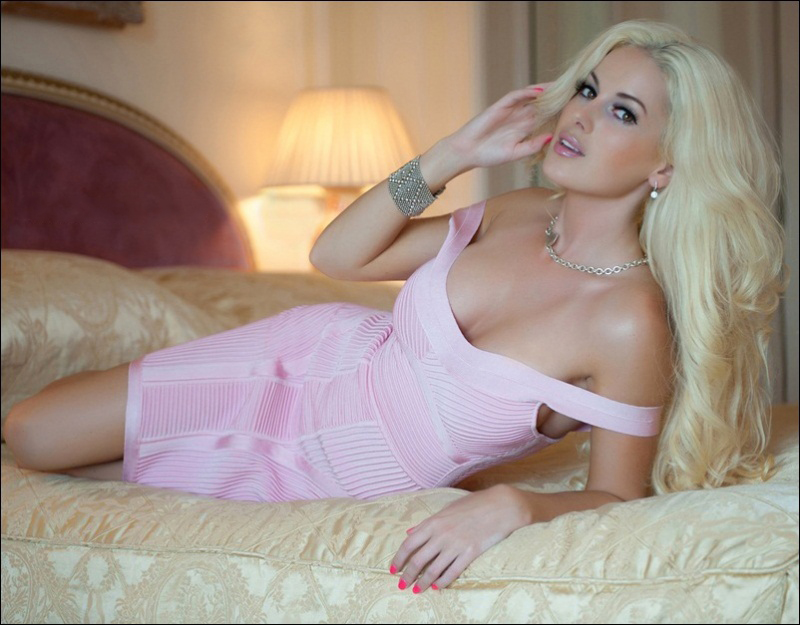 It was a statuesque and enormous woman. He had never seen her before, and yet there was something vaguely familiar on her beautiful face.

“You wouldn’t believe what happened to us today,” she commented casually.

He backed up, and almost stumbled upon a second Amazonian blonde reclined against the wall. This one was standing, and she absolutely towered over him.

“Hello, little man,” she said looking down at him. “I don’t think we’ll need a legal guardian any longer.”

He looked from one woman to the other and suddenly understood where he had seen those faces.

A month had passed and the legalities were about to be completed. Today was going to be their first day as lawful adults. 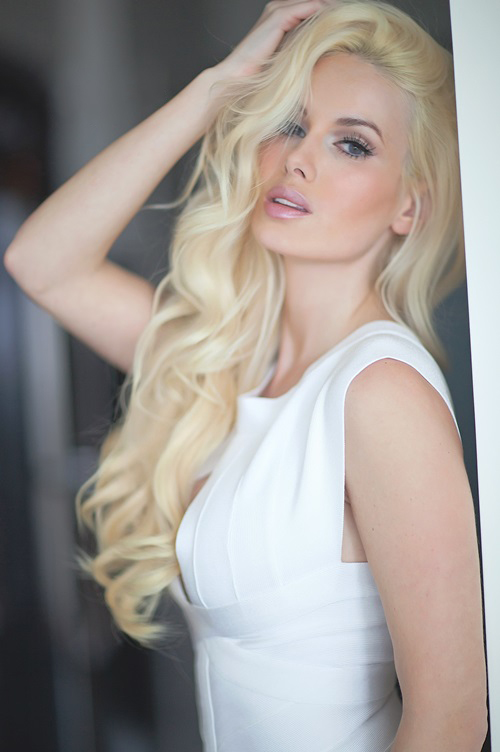 The new women arrived early at the notary to sign their new documents, which would also grant Claire custody of her other siblings. Maggie, as second sister, had no legal obligation, but she would of course stick around to help her sister with the kids. 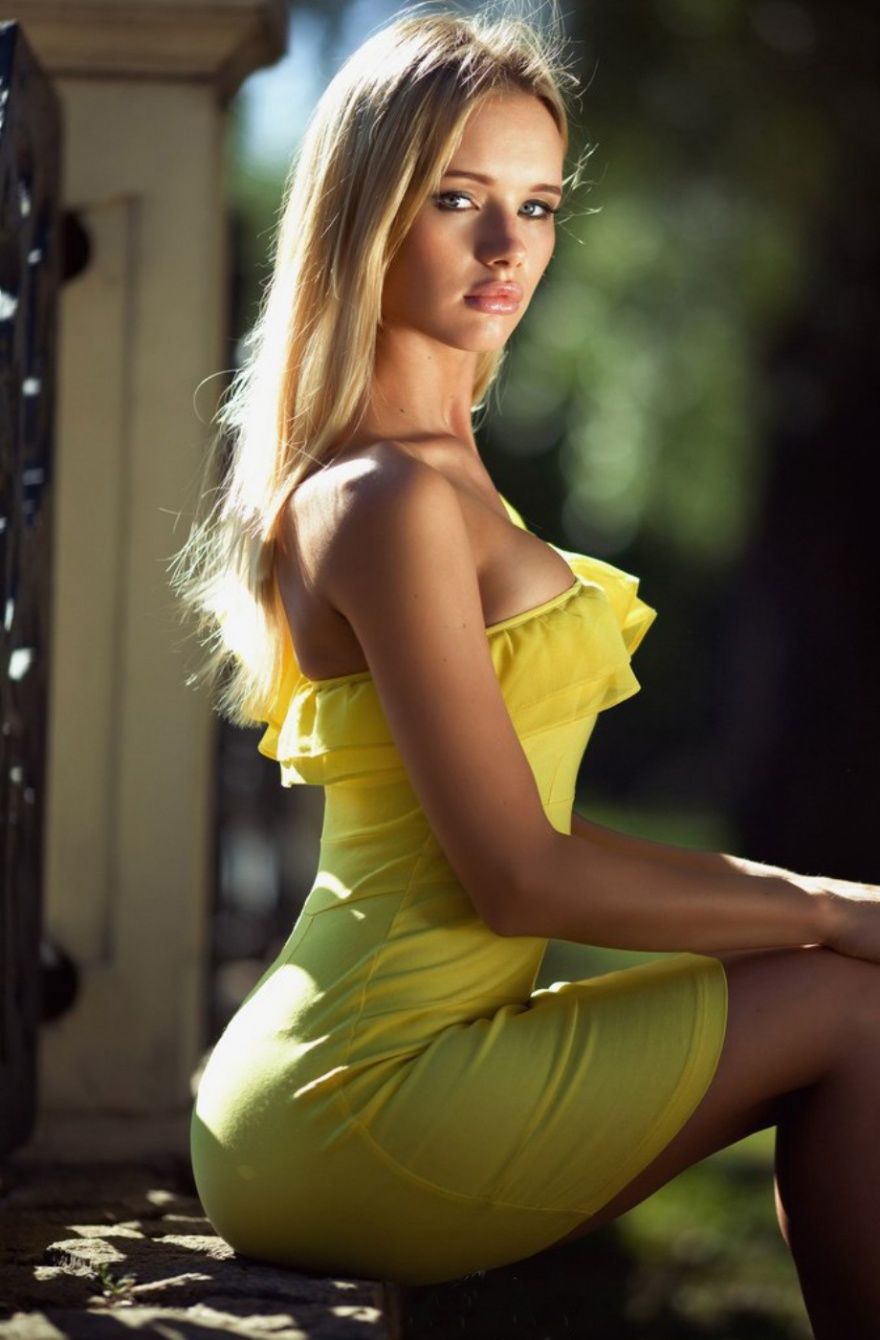 When they were done, they sat over the fence outside, enjoying the air with their just acquired freedom.

“We made it,” said Maggie breathing in. “I can’t believe we finally made it.”

“Yeah, it’s over now,” nodded Claire. “Well, not really over. We’re in fact starting. Now we have to actually raise a family.”

“We’ll manage,” laughed Maggie standing up. She suddenly closed her eyes and grabbed the fence, arching her back and head and breathing heavily for a few seconds. 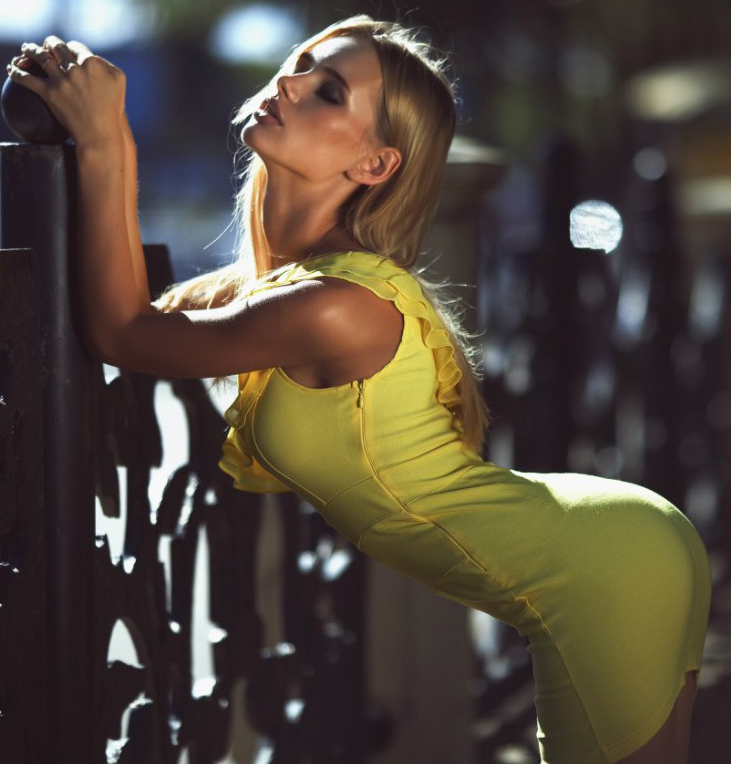 “Are you all right?” asked Claire worried.

They had gone through their first one the same day they had transformed, and they had already confirmed periods were a much different thing for Vitamin-users than the long-suffering affair regular women endured.

Instead of pain and hot flashes, one day each month they went through frequent waves of shivering pleasure as their hormonal activity renewed. 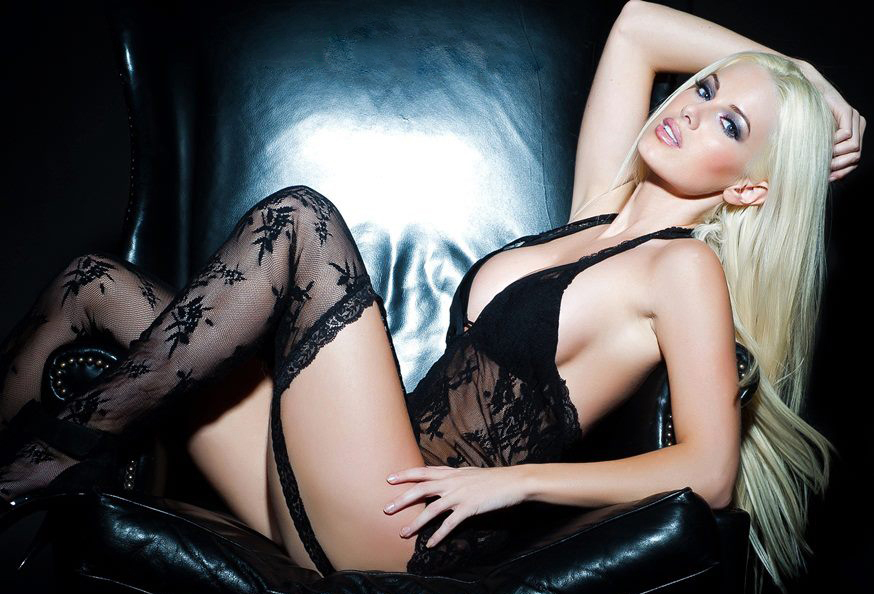 Back home, Claire was almost jealous of her sister. She was wearing one of her new sets of lingerie, celebrating both her new adult status and the fact that their former guardian had finally abandoned the house. But she was sure she would be enjoying herself much more if her own period had started.

Down in the backyard, Maggie was doing just that.

She had removed her top and put on her glasses as she laid there enjoying the warm sun as it soaked her skin with sweet sweat, her back perpetually arched as the powerful tingles spread from her womb through the rest of her body.

She got up as the sensations tuned down a little and she stretched her impressively chiseled figure. She could still bask in the sun a while longer, but she had three younger siblings to care for. For all practical purposes, Claire and Maggie were now their parents, and that made them much happier than the most powerful climax in the world.