A bit longer than usual. And it seems like the next part will be too.

“So in the end everything was fine. She was simply bluffing, and there’s no danger she’s going to tell on us now.” 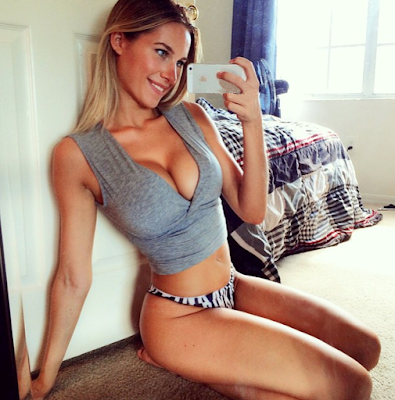 Ann finished her Skype report to Melanie. She was her partner, after all, and needed to be informed about the danger that Madeleine had posed.

“I’m still pissed about missing that pill, though.”

Melanie didn’t seem to care too much about that. Ann still couldn’t understand how her best friend could be so unambitious, but that was good for her. It meant more money for Ann, after all.

“Well, you just have to be more careful,” said Melanie. “Now you know you can’t agree for more transactions in the open. Anyone could be watching any time. You have to stick to private property, as you had done thus far.”

“I trust you. If you say so, I’m sure the danger has passed,” said Melanie, waving back her long curtain of black hair. “Any other possible client? I’m thinking you should get rid of those pills as soon as possible.”

“Yeah, I have a clear idea of who’ll go next. Her name is Claire and she’s an orphan.”

“An orphan? Not your usual target.”

“Not any orphan. Her parents were incredibly rich and left her everything. Of course she can’t have the money until she’s legal, so she has expressed a serious interest in speeding her aging. Since all of us are now lawfully adults as well as physically, you can imagine the appeal our product has on her. Also, she’ll get custody of her younger siblings. All of them, including Claire, have a guardian right now, and they want to get rid of him.”

“Seems like a good option. Of course she can only pay after they make her legal and she gets the inheritance. That will be a couple of months.”

“Yes, but she’s going to pay us triple for the delay. And I think she’ll stay true to her word, because she really needs this. She’s desperate, not looking to scam us.”

“As I said, I trust your nose for these deals. It’s your call as always,” conceded Melanie.

“The real catch is that she doesn’t get much time away from her guardian. But an occasion will present next week. I’ll have to be ready and travel to her place, so I need you to cover for me as usual.”

It turned out the guardian’s absence was due to an elaborate ruse prepared by Claire and her siblings.

Ann arrived at the manor with some haste, and was immediately received.

“Don’t worry. We have plenty of time,” said a young blonde girl that looked around 11, much younger than her client was supposed to be.

“No, I’m her sister Maggie. Claire is the eldest. She’s right there.”

Maggie conducted Ann to yet another blonde girl. This one was the right age, and she was sitting alongside a boy about as old as she was. Claire got up to receive Ann.

“I’m Claire. You’ve met my sister Maggie and this is my brother Jim. We can speak freely. They are aware of everything, and I couldn’t make this without their help.”

Ann didn’t like the idea of additional witnesses, but now she had to proceed. She had brought one of the pills already prepared within a canned lemonade.

“Uhm… no. I want you two to be with me. I’m a bit scared,” said Maggie, but she gulped her lemonade anyway.

“No need to be scared,” said Ann, though she was a bit anxious herself, as usual when she was about to witness a metamorphosis.

“As you know, I have four siblings,” explained Maggie as they waited for the effects to take place. “My two youngest are upstairs; they don’t know anything about this. I need access to my parent’s money and the custody of the kids, because our guardian has already planned to get his claws on it. I need to be quicker. Oh!”

“Yes… Something is happening already…”

“Do you feel weird?” asked a worried Maggie.

Her height was increasing very slowly. Much quicker was the growth of her hair, which was both longer and thicker now, and getting blonder than usual.

The thin girl then started to really get taller. It was mostly on her limbs at first, which made her look quite skinny indeed. She still looked like a stretched kid, but then her face matured suddenly, her nose lean but larger, her eyes bigger with lashes and eyebrows reshaped, her cheeks longer, and particularly her lips, which swelled full. When that happened, she stopped looking like a teen and started to seem like an adult woman, albeit one with a very gangly body.

But that was changing too. Her calves were gaining muscle, and that growth was spreading upwards, until it reached her hips and backside, which developed as if a pillow had grown under them, straining her gray shorts.

“Did you see?” whispered Maggie in amazement.

“I can’t believe it…” said her astonished brother, looking way up to the increasingly Amazon-like Claire.

As her growth spurt continued and had started to give her curves, she chuckled in glee.

“I can’t believe it either,” she agreed with her changed voice, her long nails over her throat. “It’s working.”

Her shoulders and back widened significantly, preparing the way for her breasts to start growing. Small at first, they expanded to large proportions until they spread below her sweater, now tiny on her. Her firm abdomen was equally on display, growing fitter by the second. 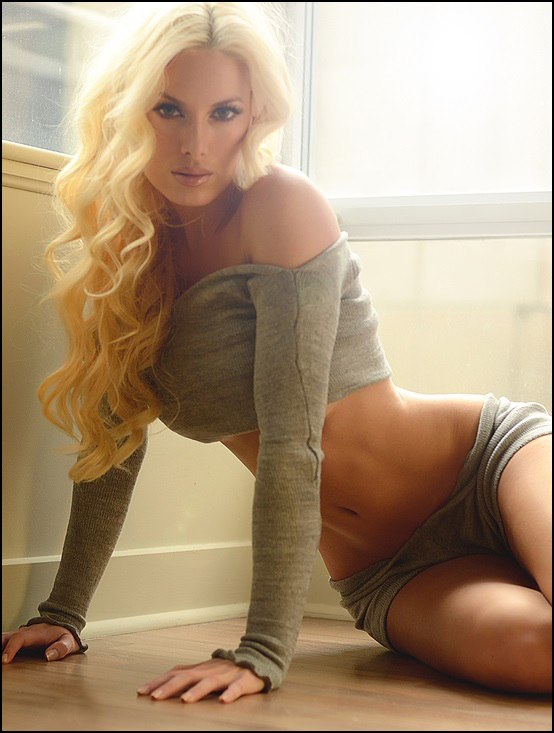 It was over not long afterwards, and Ann was now standing in front of a blonde goddess in the floor, who was built pretty much just like her.

“Not a bad deal, uh?” winked Ann as her client looked down at her improved body in amazement.

“And that feeling never wears off,” said Ann. “I still feel all that energy at all times. You’ll be stronger, livelier than anyone, even someone your size.” 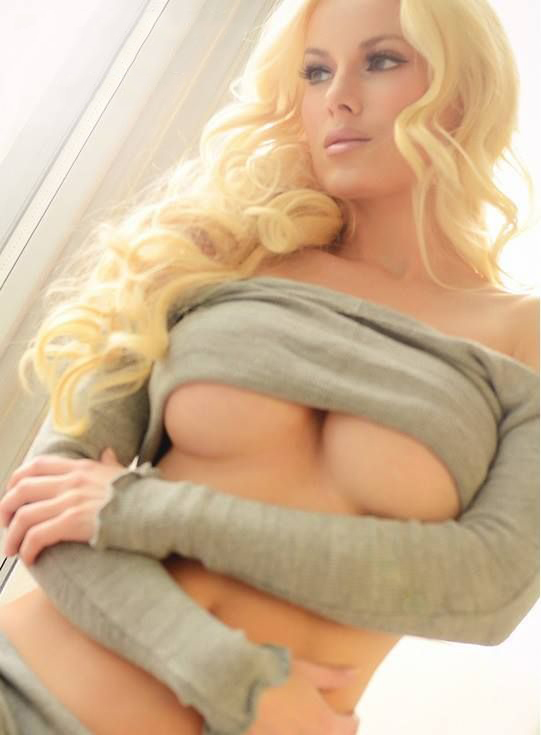 “I wanted to be an adult, but I don’t know if I’ll ever get used to be this… giantess,” she said.

“You’ll always be self-aware of your incredible body, but that’s part of the charm.”

“I know what you mean,” conceded Claire. “I’m overly aware. Everything feels enlarged. From these…” she gestured down at her obviously bigger chest, “to my feet, to even my neck.” 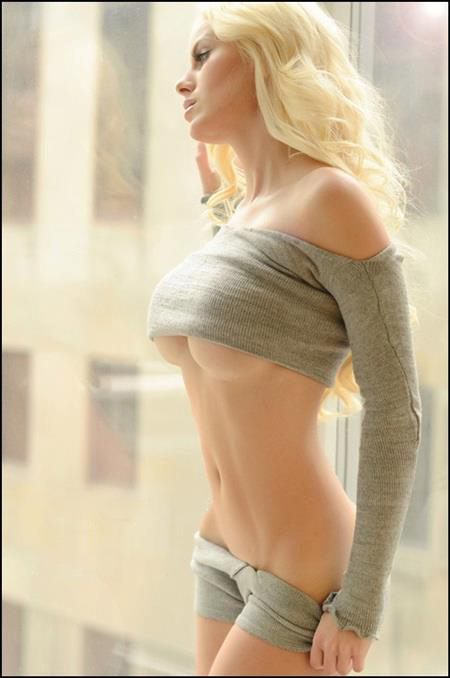 She finally got up and, as usual, catching her balance would take some time, so Ann helped her. Jim had tried to do it, but there was no way he could support his Amazon sister’s weight.

“Where do you want to go? Have you something better to wear?” asked Ann.

“My mother’s clothes are still on their old room. This way.”

Ann helped her on the dusty bed of the unused room and left her alone to give her privacy. Claire usually felt gloomy whenever she saw her parent’s things, but right now she concentrated on her situation. She opened a drawer and took out one of her mother’s combs, and started to untangle the wild mass of hair that had grown out on her head. It was surprisingly manageable, and it soon looked straight and shiny. She then removed her tight clothes and stumbled her way to the wardrobe. She quickly found the largest pair of jeans and put them on, but before looking for a blouse, she caught a glimpse of her reflection on the mirror. 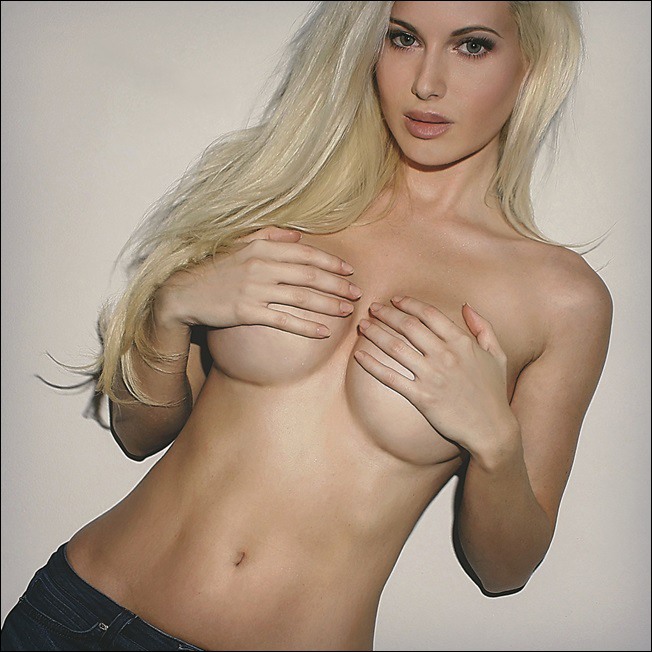 Cupping her large mammaries, she stared long at her changed form. She had been so aware of her new proportions she hadn’t felt the need of looking at her reflection, but she realized she still hadn’t known her new face. She was quite pleased with it. Her lips were a bit bloated and her features had matured so much she could hardly recognize herself, but she could get used to this. As for her body, it looked just as good as it felt.

It took her a bit more of looking before coming back to reality. She found a gray sports top that was so tiny in her that her cleavage was visible below it, but at least it covered her a bit better than her previous garment. 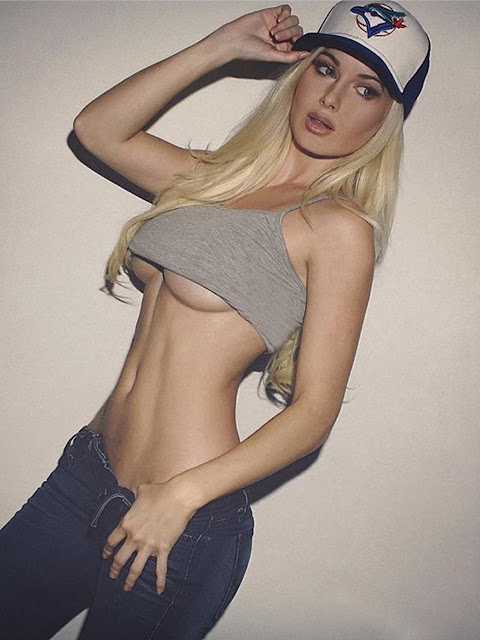 She put on one of her father’s baseball caps, and she felt an instant connection to both of her parents. It was as if their spirits were running through her adult body.

“I wish you could really be with me right now,” she whispered.

Her clothes strained at every move, and she knew that if she looked, she could probably find something better to wear. After all, her mother had been a curvy enough woman, though now a particularly tall one. But right now she didn’t want to invest more time in dressing. She just had a sudden idea and she wanted to tell the others.

Claire managed her way out of the room using the walls as support, and she found Ann in the living room with her two siblings.

“Hey, I’ve been thinking… I know this was my plan, but what if I’m not able to pull it off? I might be a grown woman, but I don’t know if I can take care of my four siblings,” she said nervously and turned to Ann. “I might need some help. Do you think we can renegotiate our deal? Might you also give this wonderful gift,” she gestured down at her body “to one of them? I think two of us can manage, and we definitely will be able to pay you double what we are paying you right now.”

Jim and Maggie weren’t expecting that. They gasped. As for Ann, she considered the offer.

She was great business woman. Of course she had brought another pill with her. She had considered the possibility of further negotiations. After all, she was going to a house with five children. She knew they could pay, and it would be simple enough to do it right now instead of contacting yet another client. And, as Melanie had said, she needed to get rid of the pills fast.

“Okay, just give me something to drink. Who’s going to do it?”

Claire turned to Jim and Maggie.

“It should be one of you. The others are too small, and we’re doing this for them anyway.”

Ann stopped him on his tracks.

“I can sell you the product, but I must warn you: this might not work on boys. And you’ll have to pay anyway even if it doesn’t do you a thing. Sorry if I sound insensitive, but it’s business.”

Jim turned towards his big sister, unsure of what to do.

“Okay, it’ll have to be me,” said Maggie, suddenly feeling very excited at the prospect of going through a similar change to her sister’s.