Almost done. The final part should come next week.


In about a year, nine young girls around the country had mysteriously turned into Amazonian women, and the reason behind it hadn’t been discovered. It had been an alarming situation for the public, but general unease turned into real panic when the tenth victim was revealed as a former young boy.

Spontaneous sex changes were much more distressing for most people than sudden growth spurts. While parents had been afraid of finding their little daughters turned into adult women, the fact that the same things could happen to boys had raised the alert.

So, again, Ann was fearful that someone could discover her implication in the whole thing. She didn’t dare to move out of the state, and it was a pity, because a great opportunity had presented itself. Her new client would pay more than any other, but Ann wouldn’t be able to travel so far, a mere week after Hayden’s transformation, without raising suspicion.

What Ann needed was a carrier. Someone trustworthy who could do the delivery for her. Her partner, Melanie, would be the obvious choice, but Ann knew she didn’t want to be involved in that part of the business. Besides, Melanie wasn’t exactly reliable. She was a bit too careless.

If only Ann knew someone as cunning as she was herself, someone who matched her schemes… And then she had it. There was someone like that: Madeleine, the girl who had successfully tricked her into giving her a pill for free.

Despite their rocky starts, both girls had developed a lot of admiration for each other. They weren’t exactly friends, but they were both aware of the fact they were likely minds. And even if Madeleine had once conned her, Ann was sure she could trust her to do the job for a part of the money. 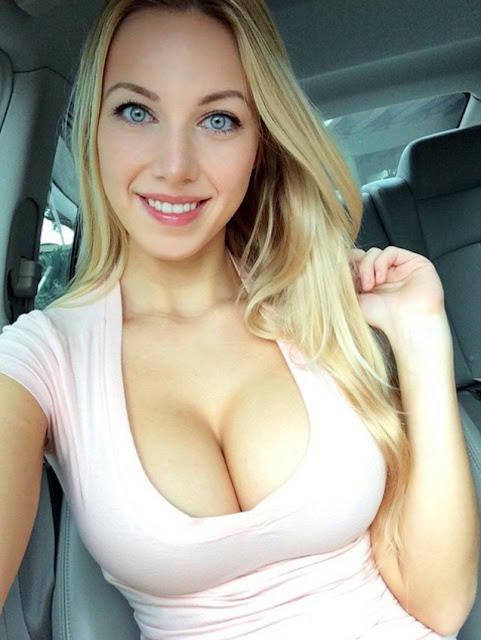 They both met inside the car Ann had recently bought. She had been learning to drive for the last few months, and she had finally gotten her license.

“There’s only two pills left,” said Ann opening the flask. “I’m giving you one of them. You have the address in your mailbox, and you’ll receive 30 percent of this transaction’s money.”

“Thirty-five, and both of us know we’ll always meet in the middle.”

The generous buyer was a girl named Wendy. She was 12, and she received Madeleine at her parents’ property, while they weren’t around.

“Ann told me to expect you instead,” said the girl. “Whoa, you’re big!” she added looking up at Madeleine, who posed in front of Wendy to take the compliment. 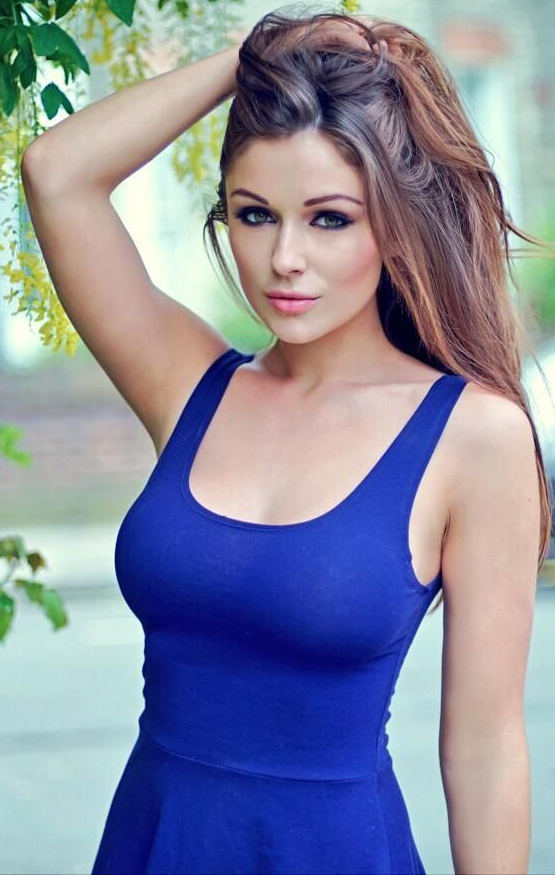 “And soon you will be too. I’m not even one of the biggest. Other girls have gotten much larger, so you might get as lucky as they did.”

“Ok, I’m ready for that!” answered an eager Wendy. She took off her bathrobe, revealing fuchsia panties and a gray, exceedingly large undershirt that came down to her knees.

Once the payment details were arranged, Madeleine offered her the pill that Ann had given to her, and the girl didn’t lost any time in drinking it. They both waited patiently.

“Should it take long?”

“Well, I’ve only witnessed my own transformation, and glimpsed at another one,” said Madeleine. “Each subject takes differently.”

It wasn’t too long a wait in Wendy’s case, and before long, her raven black hair had started growing down.

“Oh, whoa! This is odd. I didn’t know my hair would become longer!” it had gone from shoulder-length to her mid-back in just a few seconds, but then it stopped and the growth focused on her toes instead, but luckily she wasn’t wearing any shoes and her feet lengthened freely.

Then she felt as if a lot of air was suddenly being pushed into her lungs as her ribs expanded out significantly, giving her a disproportionately large ribcage for a moment. Next, her spine did the same and she really started to feel taller.

Her legs elongated too and her underwear was ridding up her thighs, tightening vastly as her hips and backside spread outwards. She was quickly losing what baby fat she still had on her limbs, stomach and even her face, and she started to gain the looks of a slender teen. She was not too thin, though, as her body was developing definite curves. Her chest quickly went from flat to support large breasts which kept gaining a few more cup sizes over the next seconds. They had stretched the undershirt and were threatening to burst up the collar or on the sides, but luckily they remained in. Both Madeleine and Wendy were able to peak at the deep cleavage that was forming, though.

“Well, you’re already larger than me there,” commented Madeleine.

“And I think I’m also getting taller than you!” said Wendy excitedly.

Her voice had matured, and her face was doing the same. Her eyebrows shifted their shape radically, becoming angular and expressive, and that along with the sharpening of her cheekbones gave her a wholly different, and undeniably adult look. Her innocent features had been swapped for a bold, very sexy face that screamed appeal, particularly her fetching green eyes.

She towered over her surroundings. She had indeed turned taller than Madeleine had, for about four inches or so, and she also had a fuller body. It wasn’t only that her chest was larger. Her legs and arms were more muscular, and even her waist, unlike Madeleine’s very narrow one, was thicker. She wasn’t fat at all, but her toned midsection looked wider and strong.

“So, what do you think?” she asked, imitating the pose she had seen Madeleine doing earlier.

“You ended up looking quite hot. I think you’re going to be very happy with those changes,” said Madeleine with approval.

“Oh, I am! This worked much better than I ever dreamed it would,” observed Wendy, approaching the mirror. “I can’t believe THAT’s my body. And THAT face! I don’t even look like myself. It’s like a strange woman. And she’s so sexy!”

“She is you. You’ll get used to it eventually.”

After Madeleine was gone, Wendy lost no time in further exploring her changes. A few days ago, when she had planned the purchase with Ann, she had looked for the largest underclothes in the house. They belonged to her eldest sister, but even so, Wendy had to readjust the straps a little in order to be able to wear her bra. 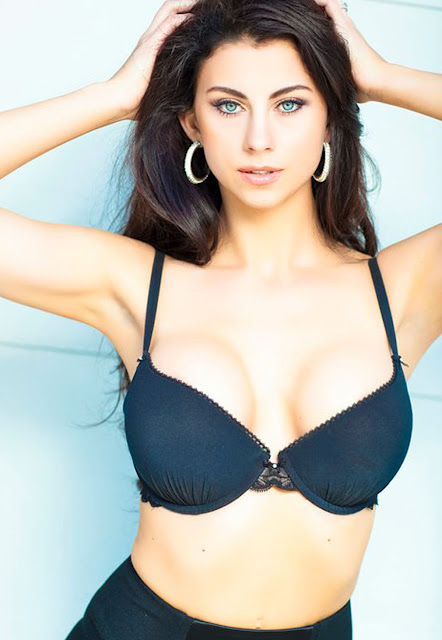 She was pleased with the results, but it was relatively plain lingerie. She wanted to get her hands on better pieces as soon as she could. Her face looked so exotic to her, she wanted clothes and make-up that matched her glamorous looks.

Not that she didn’t look striking enough already. Her family had quite a shock when they discovered her changes that night. Wendy was a good actress, and she even managed a few tears of “anxiety” as she gestured down to her supposedly mysteriously grown physique.

Her family was very supportive, and soon she was “convinced” to put on a smile and “try and enjoy” what had happened to her. Which of course she did.

Next day, the very first thing they did was purchasing a whole new wardrobe for Wendy. She was taken to her mother’s favorite exclusive stores, where she was passed as a distant relation. The employees were amazed at the size of the young woman, but none of them guessed Wendy’s true identity.

The girl was still in awe at her transformation as she put up her hair on a ponytail inside the changing rooms. She liked her new lacy undergarments much better, but she had taken a fondness for black ones, as she thought they looked much sexier and daring, just like she felt.

They were able to hide Wendy’s transformation from the public for three days, but when they finally approached the family lawyers to help her get her new documentation, the press got hold of what had happened to the daughter of yet another millionaire.

Wendy didn’t mind the countless interviews and media exposés, nor even the medical exams (scientists were still just as clueless about what had happened as they were after Ann and Melanie’s transformation). She even mildly enjoyed her new celebrity status. But that novelty wore off after a while. What still felt as fresh as the first day, even a couple of weeks later, was her much improved form. She spent more time than she would like to admit looking at her own reflection and playing dress-up with her now extensive lingerie collection. Vanity was an unavoidable consequence of such a transformation, and she had even talked about it with her psychiatrist in order to tone it down.

But in the meantime, she was just having too good a time.

Wendy had also discovered she had an eye for photography. She wanted to develop it further, but so far she had experimented a lot with her camera’s timer, using herself as a subject.

She had sent one of her first pictures to Ann on the day her metamorphosis had become public.

“Hope you and your friend enjoy the money,” she had written. “I know I’m loving the product.”

Ann had wanted to see how her latest client looked like now. She regretted having missed her changes, but it had been a necessary precaution.

Now she only had one pill left, and Ann wasn’t going to miss that last transformation.