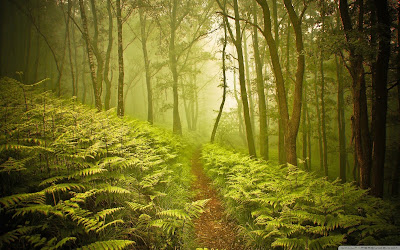 Changelings are most well-remembered for being the creatures that the Fair Folk have traded for newborn humans. Sometimes these creatures are their unwanted offspring, ugly in appearance and temper who are often parasitic to their foster families. Sometimes it’s actually one of the geriatric fae who have been placed in a position where they will receive comfort and caring for their last few years. There are also times that the changeling is actually an enchanted piece of wood with a glamor that will eventually fade away.

What most mortals are unware of is that the changelings who are the spoiled brats and the disguised logs were ‘gifts’ of the Unseelie, the malcontent faeries who have the most spite against mortals. The families who receive changelings from the Seelie sometimes are never made aware of the change. For the Seelie were the benevolent faeries who allow their most ancient to be reborn as human babes and will leave their few children who do not have the gift for magic and these changelings will grow up to be normal humans, if of somewhat odd demeanor.

But the term ‘changeling’ does not only apply to the substitutes left behind, but also the children who are spirited away. Even though the various races of fae were all but immortal, they could still die, most often by the blades of their rivals. Their realm of Underhill was separate from the mortal’s world, but it was still part of the earth and fresh blood must be brought in to keep the magic strong or the realm and all its inhabitants would fade into spirit.

The realm of Underhill was all but timeless, the seasons changed only for the inhabitants to enjoy the variation each season brought. The faerie children who are not traded and the human children who are brought to this realm are the only ones affected by the cycle of seasons. However, only the young fae could age past childhood and into their eternal primes. The human children could remain in their youth for a very long time as long as they did not answer the Calling.

The Calling was the only way for humans raised in Underhill to become adults. Those who answer the calling will train vigorously to obtain one of the several different classes for the faerie people. As they gained more experience and got closer to mastering their skills, their bodies will develop and acquire faerie traits until they completed their Trial of Passage and become adult fae, almost inevitably some type of elf.

There was no particular rush to answer the Calling. There were plenty of changelings who have lived for over a century before answering the Calling. There was one changeling boy who rebelled against the idea of ever growing up and settled upon a timeless island with lesser fae and mermaids that was also inhabited by Indians and pirates. But that is a different story entirely. 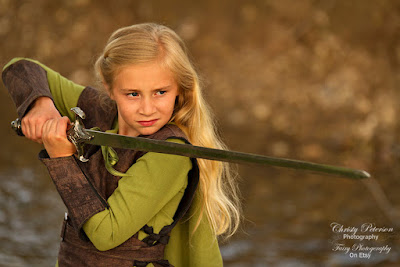 This story shall be focusing on one changeling who will be answering her Calling. Adria was relatively quick to try and achieve elfhood, having only been in Underhill for about two dozen seasons. There was no rule about answering the Calling too soon or far, far later, though changelings usually enjoyed their extended youths for quite a long time before they consider moving up in faerie society.

But Adria was somewhat different than most typical changelings. She was exchanged much later than the majority of changelings. The fae would have passed her over if she hadn’t been trying so hard to contact them and have them take her away. Her life before coming to Underhill had not been an easy one. She was the only one of her multiple siblings to survive to her later childhood. The plagues that went through her country were the cruel ones in which children who caught them usually did not live and it could cripple the adults who did catch them. Her mother’s mind had been made feeble by the plague and her father lost almost all use of his left arm. Adria wasn’t certain why she hadn’t caught the plague. Perhaps it was because she was more observant of cleanliness than most peasants.

Even if her family hadn’t been truncated, Adria lived in a time where those who were different were met with suspicion, particularly if they seem to have better fortune than those around them. Adria’s unlikely good health made the uneducated villagers think that she might be using witchcraft. Tales began popping up of Adria talking into apparently empty air and seen lurking around the graveyard. Never mind that she was paying respect to her dead siblings, once irrational fear found soil to grow in, it was nigh impossible to get rid of. Eventually, Adria did started supplicating to empty air, but instead dark powers like the ignorant villagers suspected, she was calling for the Fair Folk to take her away where she won’t be harmed. Fortunately, her pleas were heard before the villagers could form into a mob.

Even though Underhill  was a land of peace and happiness (excepting the occasional Unseelie attack), Adria could never completely at ease. The absolute lack of power she had back in the mortal realm bothered her at the back of her mind. She never wanted to be that completely defenseless again. Of course, there were several classes which would give her plenty of power to protect herself, but she had far bigger aspirations that most changelings. 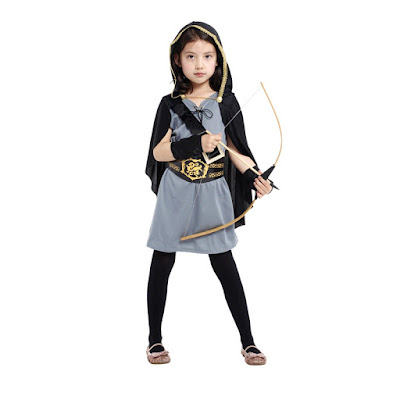 Shanna had lived in Underhill longer than Adria. She wasn’t quite sure when she was exchanged, but considering how overcrowded her human home was, she doubted she was missed. Besides, Underhill was a far more fascinating place and offered a better future than she could have had back in her own land. Shanna enjoyed the freedom of the changelings in Underhill, playing with her fellow humans as well as the friendlier of the Fair Folk. She and Adria had become close friends and both would agree that they’d go to their Callings at the same time. Little did Shanna know that her friend was going to embark on a much different path than hers.

The morning before the two changelings set out of their journeys to become true members of the fae, they met for one last breakfast. “So, you’re planning on doing the Calling of the Mage, are you?” asked Adria.

“Yes, we’re living in a magical realm, who wouldn’t want to know how to use magic?” asked Shanna, “I mean, practicing with a bow is fun, but using actual magic would be so amazing. I can’t wait to start learning about it. But enough about me, what’s your big quest that you’ve been keeping so secret about?”

Adria grinned widely and said, “I’m going to do the Calling of the Lord.”

Shanna choked a bit on her breakfast before asking, “Are you kidding?”

“No, I’m very certain. I’ve made up my mind as soon as I heard about it,” said Adria.

“Even after they told you what could happen to you?” asked Shanna. It was true that there was some danger involved with the various Callings as all of them required that the changelings had to fight an Unseelie of some type. But asides from that obstacle, the rest of the Calling shouldn’t be too perilous.

“I guess so, but are you sure it’s worth it?” asked Shanna.

“I’m not afraid of taking the chance,” said Adria, “If I back out and do a different Calling, I’ll have to live with the knowledge that I didn’t try to go as high as I could for the rest of my life. And you know how long that will be.”

“I won’t disappear. The next time we meet, you’ll be a sorceress and I’ll be a lady,” said Adria, “The best of luck to you with your journey.”

“And the best of wishes with yours,” said Shanna. 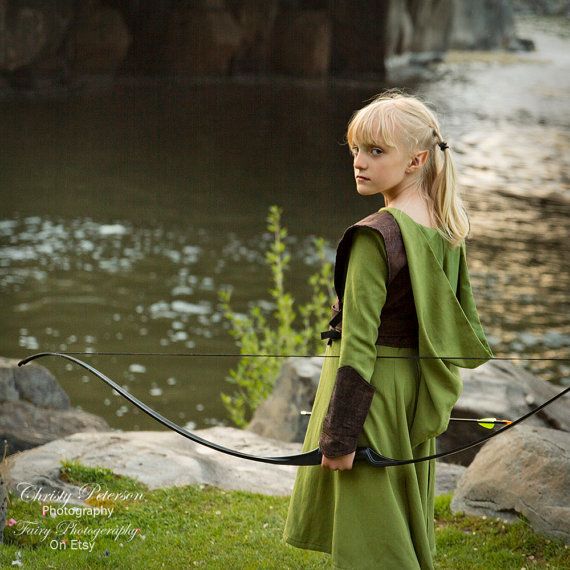 The first part of the Calling was the one that was hardest to measure. For the changelings had to go wander in the wilds of Underhill until they could find an Unseelie to vanquish. That could take quite a long time for even in the faerie realm, faeries were not easy to find if they did not wish to be found. For some changelings, the only sign that they have started their Calling and weren’t simply travelling through the wilds was the change in their bodies. By setting out on their journey, they have renounced their days of childhood and time was beginning to catch up with them. That didn’t mean they all started aging at once. As they continued to hone their skills, their bodies grew to keep pace with it.

Adria had kept herself in top condition with her play fights and training with the bow and sword. She practiced regularly with both weapons and her body was showing signs of growing to match. She had gotten at least a head taller and her baby fat was starting to thin out. To her satisfaction, her ears were forming a point, showing that she was changing from human child to elven woman.

Adria was not daunted by the unknown peril of her path because what she would have at the end will be worth it all. She didn’t want to be a lady just because she still had some of the peasant’s envy for the nobility. The lords and ladies of Underhill still interacted with the more common folk, but they had power unlike them. They could match the knights, rangers, and mages in battle strength and they were given the liberty to journey to distant parts of Underhill with little need for the protection of others. Adria wanted that power not for its own sake, but so that she would never be defenseless again and she would able to right the wrongs that the evil denizens of this realm made.

Some changelings stumbled across Unseelie foes by mere luck, some of those before they’ve had enough time to practice and were easier prey for the dark fae. But some changelings were drawn to certain areas after they’ve honed their skills enough. They would get a feeling of certainty when they would reach that place and knew that eventually they will meet their enemy there. Adria was drawn towards a riverside that seemed pure and clean. The Unseelie may take some time to appear, but that was fine with Adria. This riverside was a perfect place to set up a camp and she could keep honing herself as she waited for her opponent to arrive.