Only one more entry to go, but it's probably Ageiss won't make it before the month ends and will have to finish it on December, which category will be Christmas, by the way.

The Seven (Hourglass)
by Ageiss

Heidy, who had just turned 12, was probably the smartest one out of the selected kids, at least before their transformations, as most of their changes had also increased their mental capacities. 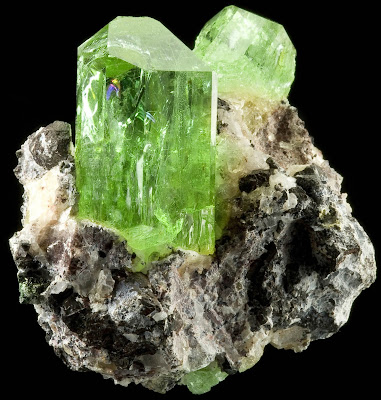 Her Mineral was greenish and had two distinct crystalline formations above. She was nervous, as was natural. Though she was confident the process would go smoothly (five kids had already transformed successfully, after all), she wondered what life would bring her as an adult, super-powered woman. In a few hours, she wouldn’t even be a human any more.

The process went as easily as she had been assured. The Mineral was absorbed rapidly and she started growing 10 minutes after stepping out of the chamber.

In the brink of puberty, Heidy had noticed her breasts had started to develop just a few weeks earlier, when she had already been selected by the Council. But what had been only an indefinite puffing started to increase their mass within her hands in just seconds, as her height shot up radically and her round face gained beautiful, mature looking angles. 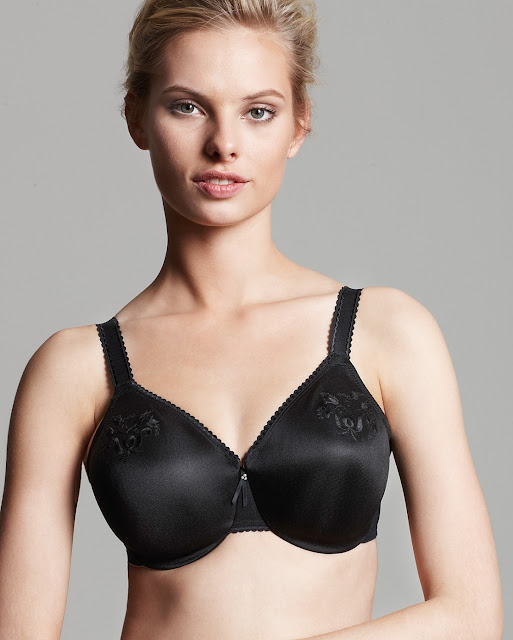 She remained very slender, but she also saw with enjoyment that she was developing noticeable curves in all the right places. Her long legs were shapely and her breasts, if not huge, were ripe and sizable within the brassiere she had been given, just the right proportions for her narrow waist. 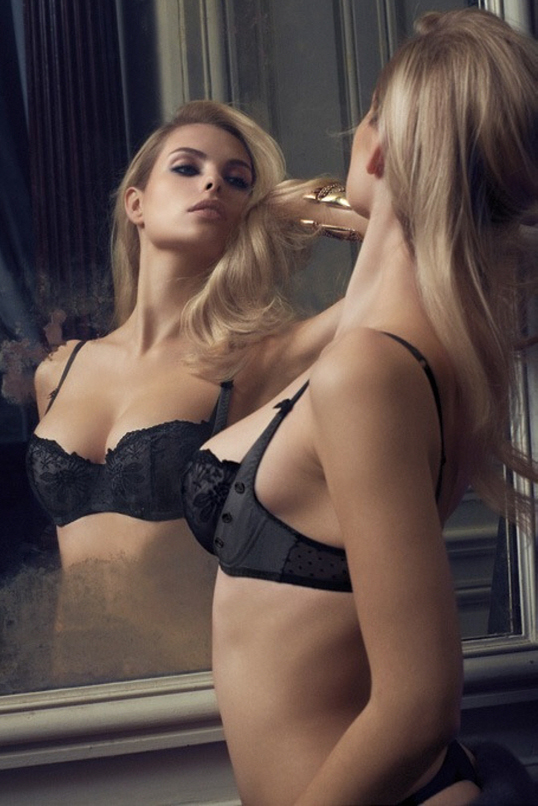 24-years-old Heidy was more than pleased with the way she had turned out. She was definitely a looker, and as she turned to face her reflection in a mirror she could barely reach minutes earlier, she undid her hair, letting her golden mane flow down. 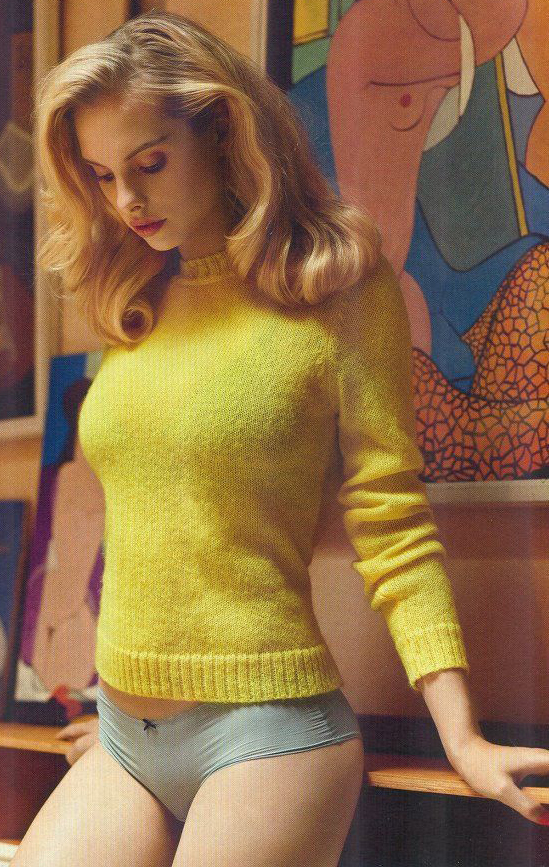 She put on a yellow sweater to better preserve her modesty before the scientists and members of the Council, wishing she could have some privacy before she would explore her looks more carefully.

Luckily, they didn’t insist in checking on her alien physiology just yet, and she was released much quickly than she anticipated.

Now that they knew her actual measurements, they delivered a full wardrobe in her room and she tried it out immediately. 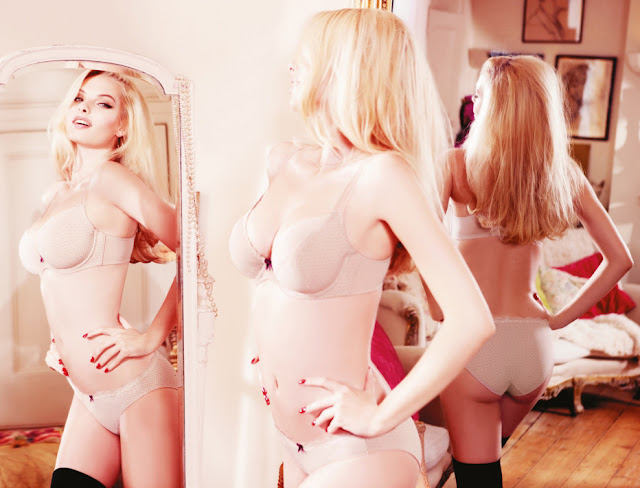 She had a couple of large mirrors, and she soon got very familiar with her new appearance. She thought she was very lucky to have become so attractive.

There was of course the matter of her powers, and she would have to wait before finding if they were as wonderful as her face and body. There was nothing immediately noticeable, nor did she want to be submitted to endless tests just yet.

But it turned out she discovered her abilities accidentally.

She had just put on her nightie, and was ready to sleep a bit, when she received a visit from her 13-years-old sister Klara.

Heidy thought her formerly older sister looked tiny now, and started to feel a bit self-conscious. She loved her sister and hoped this wouldn’t put a barrier in their relationship.

“It’s wonderful,” admitted Heidy. Then she looked at Klara blushing a bit. “I wish you could be this age too.”

Klara smiled, but she suddenly started to shiver. Something was happening. Then Heidy realized it. Her sister was also growing and developing into an adult, much quickly than her own transformation had been. 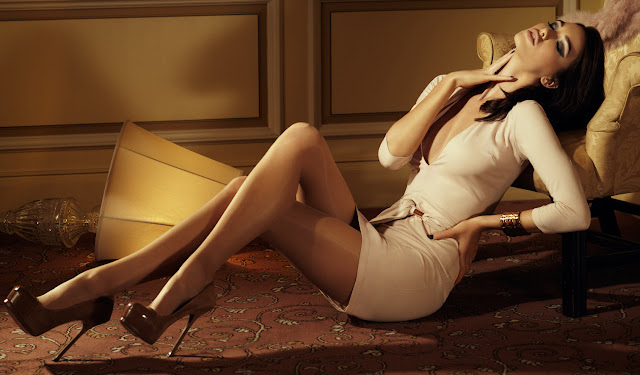 Breasts emerged as her face aged by a decade in seconds, and she slid from her armchair to the floor. She didn’t seem to be in pain, though, but the power of the change seemed to be very intense, and she closed her eyes as she glided her enlarging hands over her whole body. Her clothes were straining, but soon they also changed into a very revealing dress, stockings and quite high heels.

“Heidy, what just happened to me?” asked Klara in fear with her adult voice, deeper than even Heidy’s had become.

“I don’t know, but this has to be related to my own change! Are you alright?”

“Yeah…” said her sister rising from the floor and looking down at herself in disbelief. “You’re right, this feels wonderful.”

She smiled and suddenly didn’t seem scared any more, but smug and happy. 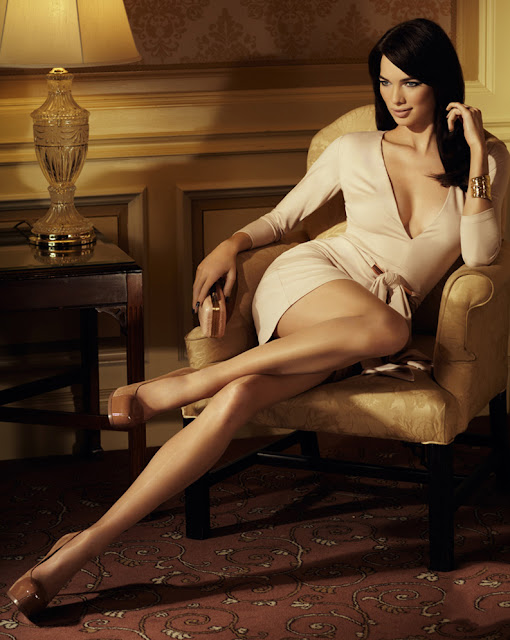 Klara placed on the table the lamp she had turned over during her transformation and sat on the armchair again.

“But… how can this be? It’s not just my body,” she said touching her cleavage bellow the deep neck of her dress as she crossed her legs. “My hair is styled differently, and I even have make-up.”

“Ok, I think it’s time for us to see those scientists after all.”

Heidy took her sister to the labs, and everyone was impressed by the story of the two women.

Klara was analyzed and she was found to be a 24-year-old woman.

“Her physical form travelled through time,” theorize the head scientist. “That would explain the clothes. That’s what she would be wearing tonight in exactly 11 years.”

So Heidy’s powers started to be analyzed. She could apparently produce “chronal energy”, which could increase or decrease the age of a person or object. She had accidentally used it on Klara as she wished she was older.

Her sister didn’t mind, though. She loved her time as an adult, which came abruptly to an end the next day. It seemed the chronal energy wore off automatically within 24 hours. 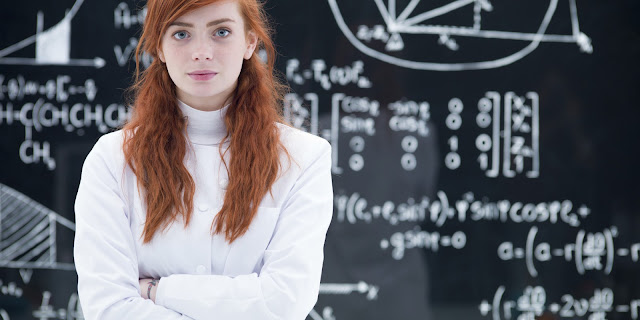 Heidy used the energy to purposely regress the head scientist into a pretty girl in her twenties. She was surprised to find the woman had been a redhead in her youth.

Heidy’s powers were quite cool, though maybe they wouldn’t be as valuable in a fight as some of her colleagues’ were. But she could make her enemies too young or too old and incapacitate them, now that she thought about it, or age their weapons into rust. 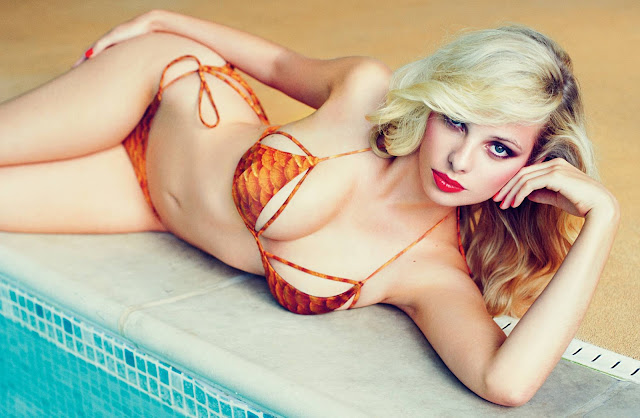 But she found a very weaponizable ability the next day, as she laid in the pool.

She wondered if instead of regressing or progressing an object, she could just stop time. Indeed, the water splash produced by The Mass as he hit the pool just froze there in the air. That’s how she realized she could stop time in small areas, though the effect only lasted a minute.

And the chronal energy still had its most powerful application in store.

She was just out of the shower when she felt a powerful surge of energy surrounding her. 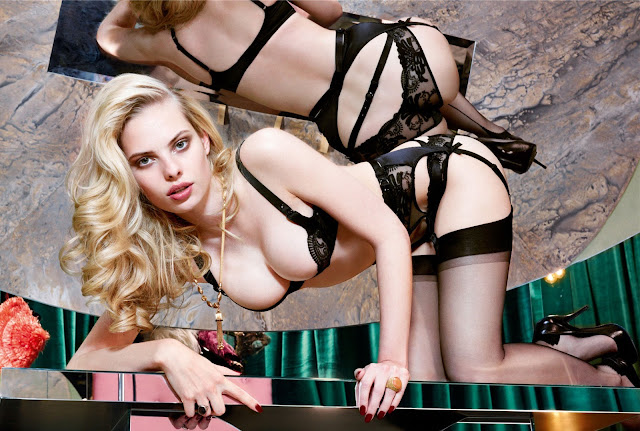 The next few seconds were highly bizarre. She felt she was trapped in an endless portal composed of shifting mirrors. But as soon as she rationalized that, it was over.

She found herself standing in her room, except it wasn’t her room any more. The décor was different and it seemed kind of… old-fashioned.

There were some clothes on the closet still, and she put on some of them on. She got out.

It seemed the building housed some kind of government facility now. She found a newspaper and quickly checked it. 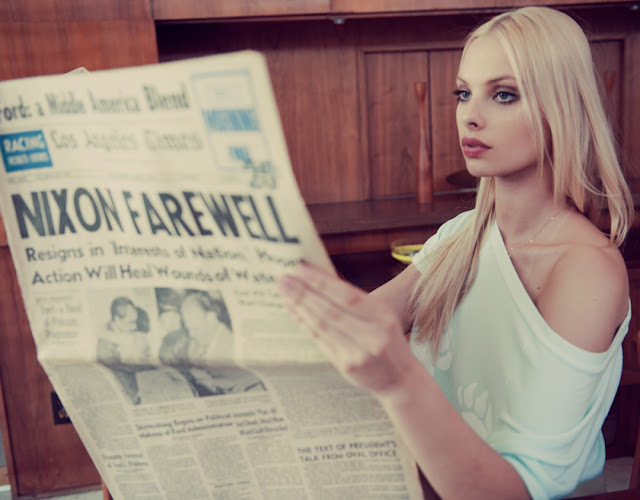 Her heart jumped. August 9, 1974. That was the date, and that explained why everything looked so old. The chronal energy actually allowed her to time travel!

“Hey, miss! Who are you? Are you allowed in here?” asked a guard who quickly approached her.

Heidy panicked. Back in the 70’s, nobody knew about the Minerals or The Seven. She couldn’t explain her presence.

She tried to summon the energy and travel voluntarily, concentrating her mind in going forward, not backwards. She opened her eyes.

It worked. Things were slightly different, but a calendar on the wall informed her she had only travelled 5 years. It was late in the night this time, though, and she hoped she could escape the building and explore Finland, decades before her birth.

Back on the present, Klara was scared. She had just entered her sister room and she vanished into thin air. She immediately alerted the scientist, but then, in a quick flash, Heidy materialized right there in the lab, wearing a curious t-shirt and drinking from an old-style soda bottle. 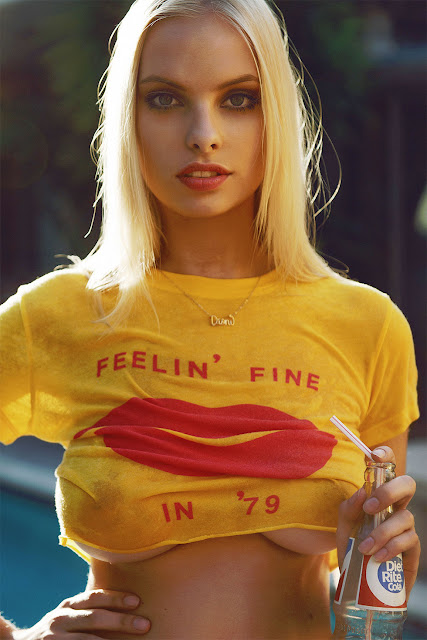 “Heidy! Where were you? I saw you vanishing five minutes ago!” 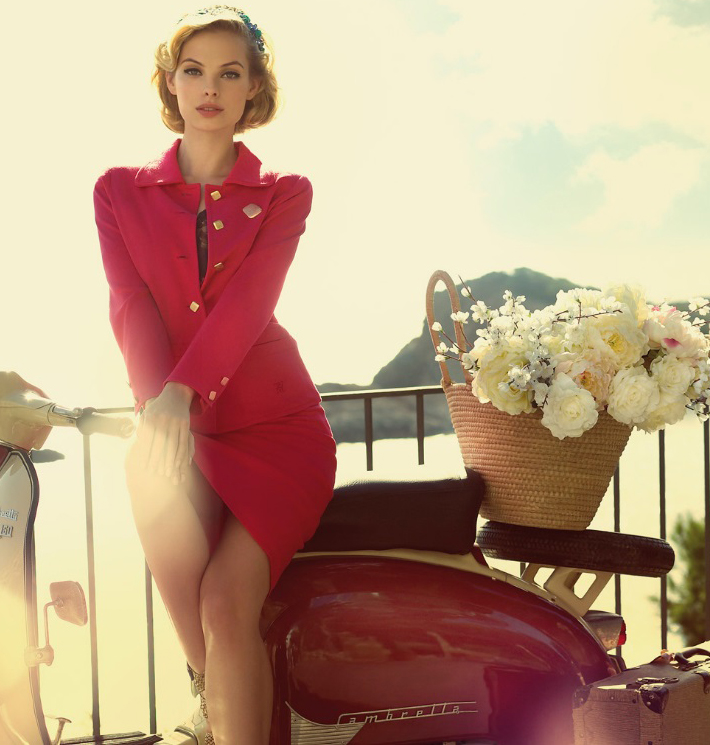 Heidy’s time-travelling abilities were quite potent. As soon as she mastered the technique, she could appear in virtually any date, as long as it was in the past, not any further than the times she had already lived. 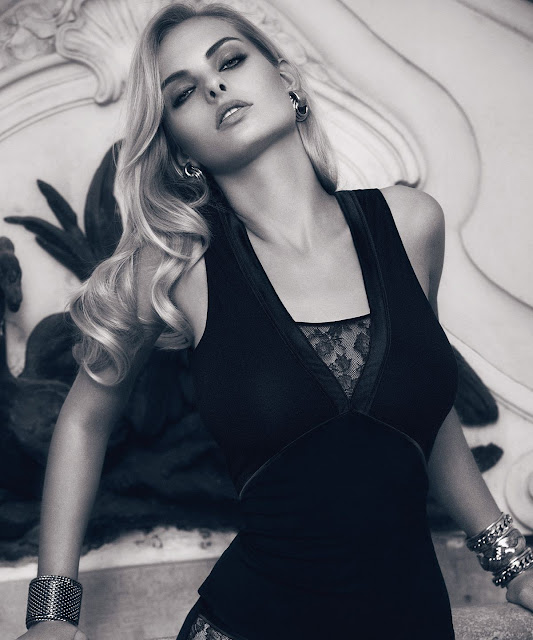 What made her incredibly powerful was that she was able to change things around and thus alter her present. But she could also be a silent witness to historical events and had grown to love her small trips to the past. 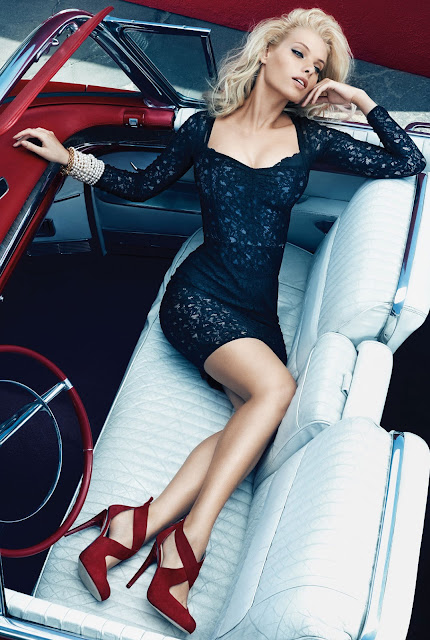 Her favorite decades were the 40’s and the 50’s, and she had even acquired some vehicles to use during her time incursions. She had to be very careful, though. Any change could bring devastating consequences. 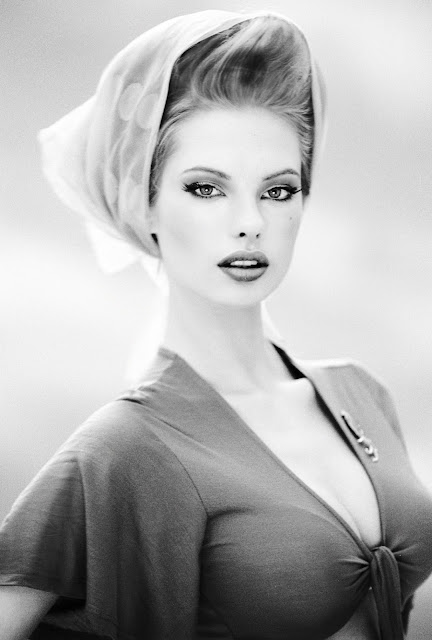 Everything was made easier by her latest discovery, though. While she couldn’t travel to the future, she could visualize many possible timelines and outcomes, which made her know which decisions were the best, at least most times. 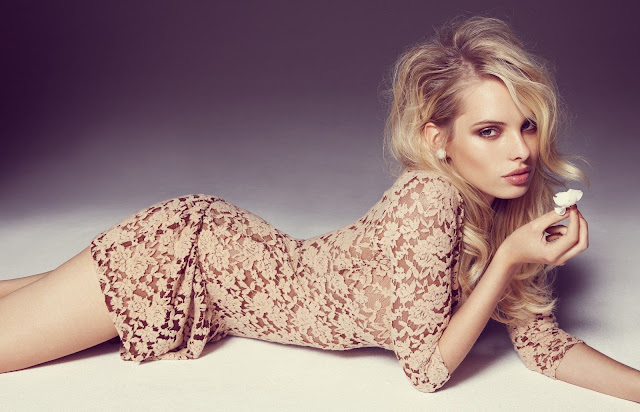 That talent made her a master strategist, and that, coupled with her natural leadership skills soon turned Heidy into the de-facto head of The Seven, even though she usually planned the missions instead of taking direct part on most of them. But sometimes she handled the most difficult missions, those which involved changing something in the past, like the time she had to infiltrate a gang on the 70’s so that her teammates on the present could terminate the threat of its former leader, who would end up becoming a dangerous arms dealer. 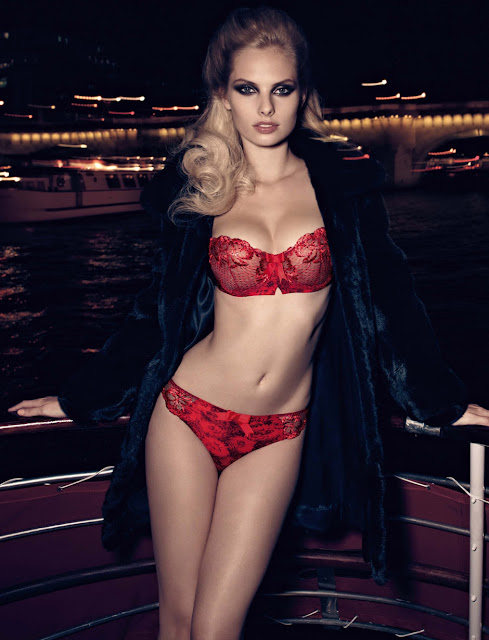 Despite her high rank, she didn’t chose a codename at first, and it was only after a celebration at the team’s yacht, after completing a challenging assignment, when she decided.

“Hourglass,” she said. “And It’s not because of this body,” she thought, looking down at her bikini-clad figure. 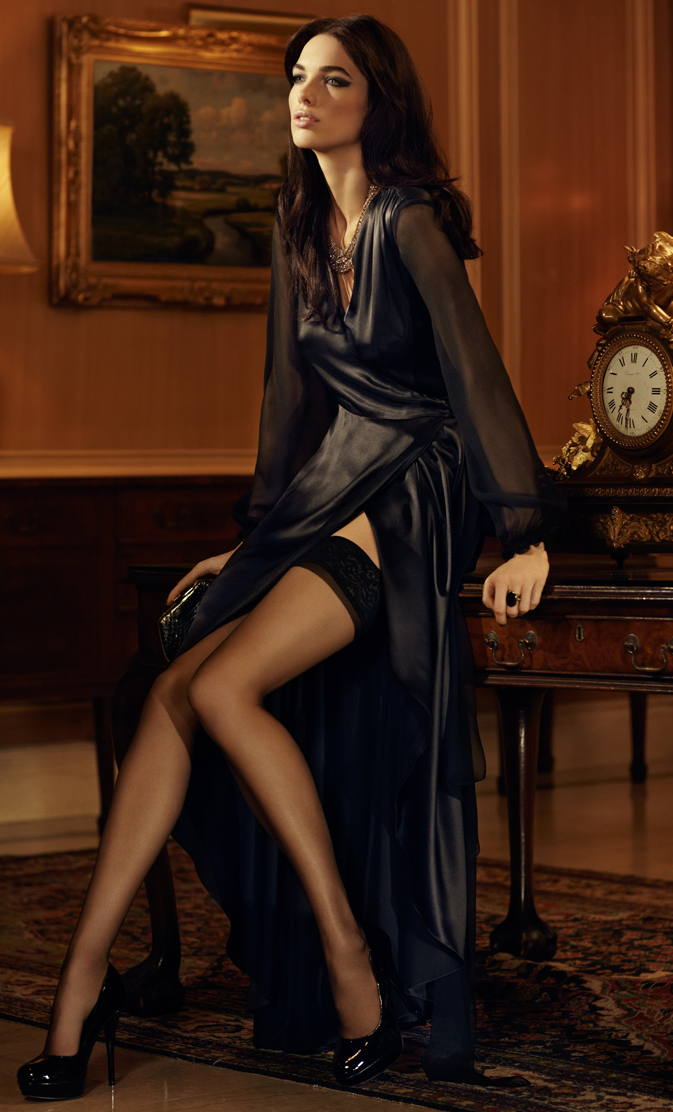 Heidy also used her powers regularly to make her sister into a grown woman. Klara loved the experience, and that way they could go out together more naturally.

Her age-changing powers had also ensued an interesting discovery. It seemed neither Heidy nor the rest of The Seven would ever be affected by age. She had tested her chronal energy and tried to age each of them by decades, only to discover they were always healthy and young-looking. It was yet another gift from the Minerals to those seven lucky children. 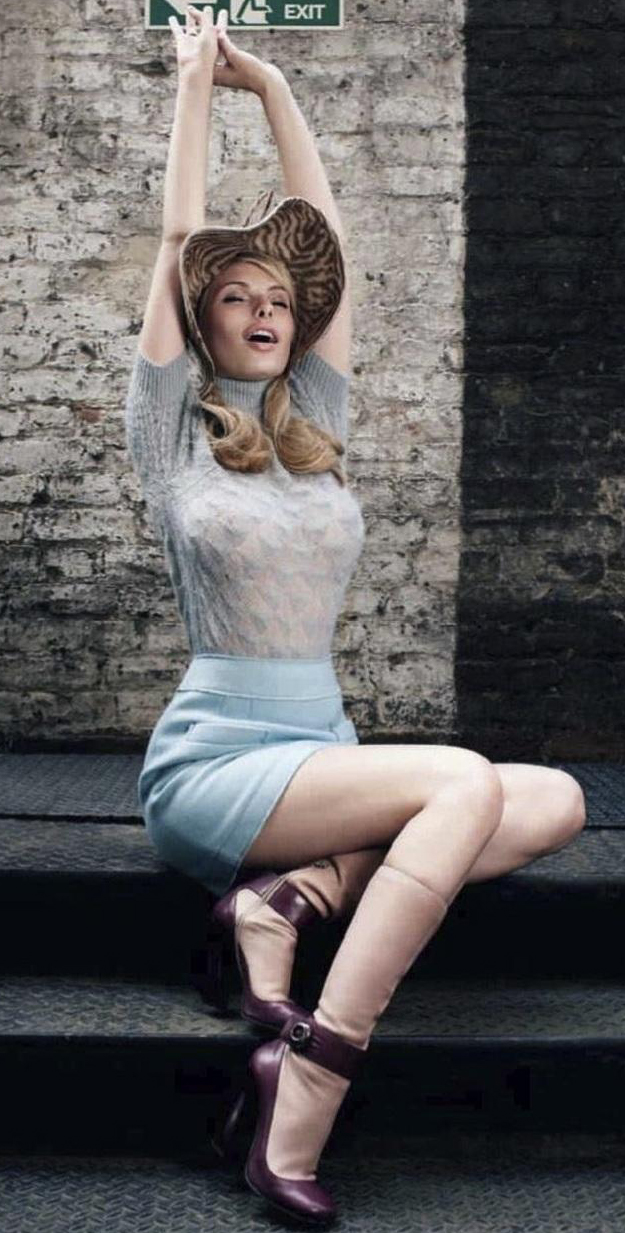 Back in the sixties, Hourglass stretched her hourglass-like frame after her last relaxation trip. She would now travel back to the day the last Mineral had been used on a girl named Camille.

Follow up:
Split Woman
Posted by The Planet of the AP at 1:05 PM