The Seven (Natura)
by Ageiss

10-years-old Adeline wasn’t a particularly girly sort of girl, so she thought it was ironic that she had been assigned to the pink Mineral. It was a very pretty rock too, and it almost looked like a coral, being very light and full of pores. 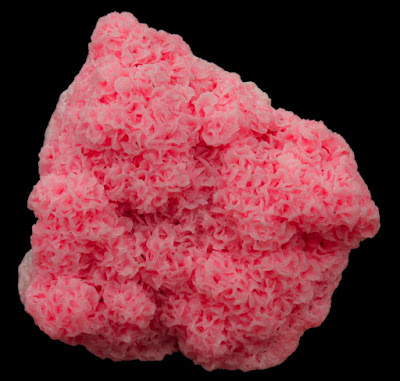 She was in a bright mood as she stepped into the chamber, and when it was powered on, she couldn’t wait until something happened. The Mineral was absorbed with ease by her body, and she awaited her metamorphosis in the lab.

“Ouch!” she yelled and touched her stomach.

For Adeline, her maturation had started on the inside. She felt strange as her organs expanded and altered, particularly those that would define her as an adult.

But soon, her changes started to spread outwards. As had happened to her female friends, her thighs started to widen as her breasts appeared. Her height increased, and the scientists confirmed their suspicion: it seemed the Minerals stimulated tallness, because like the others, Adaline was becoming quite large.

Her short hair started to elongate, and she grabbed a few of her blonde tresses as they reached her waist. And just like that, it was over. She had grown into a woman much quickly than all her predecessors. 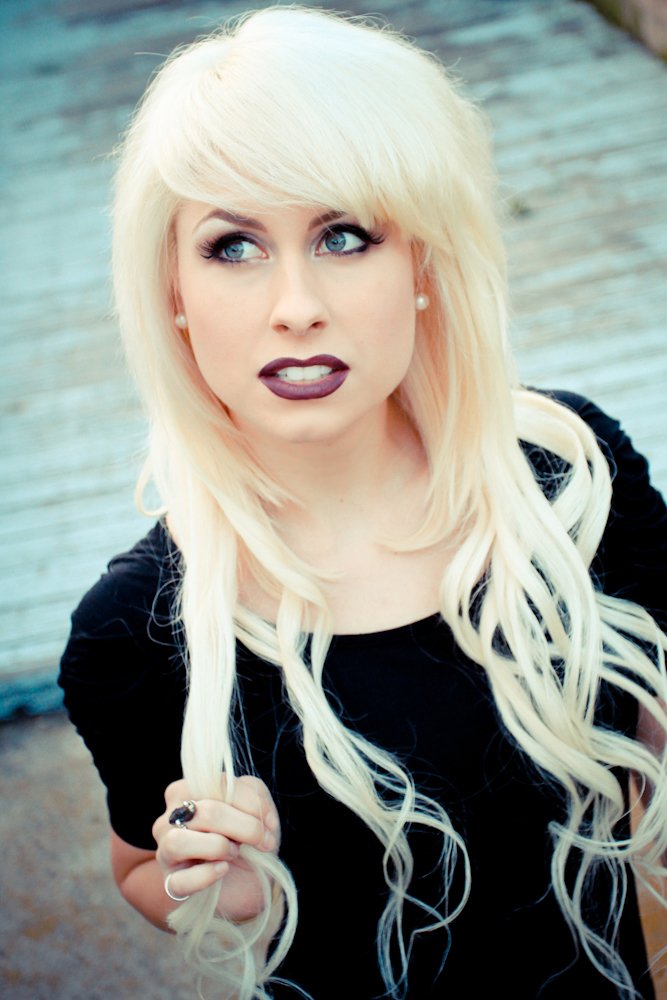 She looked down at herself. Her dark clothes were hugging her moderate curves closely, and though she had never used long hair on her life, she thought it fitted her new mature face nicely.

Otherwise, she looked like a completely regular adult version of herself. She thought maybe a few more changes would follow suit, but it seemed that was all for now. She also tried to summon whatever power she was supposed to have developed, to no avail.

Indeed, nothing happened until night. She was about to go to bed, after a few unsuccessful tests, when she felt lightheaded. Suddenly, her hair started to turn bright red, then almost purple, then pink. 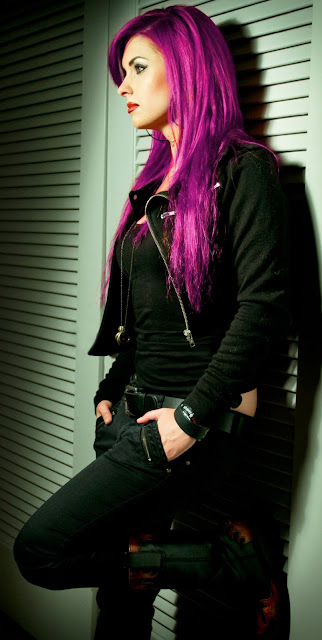 And again, that was all. This time, days passed before anything else changed Adaline, and she had started to think maybe the Mineral hadn’t worked properly on her.

Still, she had felt a slight shift on her behavior. For one, she had taken a liking for pink and purple, swapping her usually dark style for something much more girly. Then there was the fact that she suddenly felt compelled to nature. 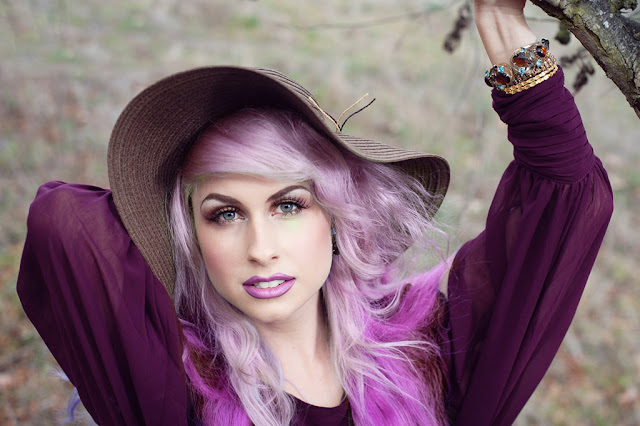 Since her change, Adaline hadn’t felt at ease inside the lab, and preferred to spend her time in the nearby forests. She loved everything there, be it trees or animals. In fact, she had suddenly turned into a vegetarian.

It was that new love of nature what had prompted her to go with Elemental Girl to another of her visits to the beach, where she was training her Water powers. As soon as she saw the coast and breathed the salt in the air, she knew it. She loved sea as much as the forest.

She walked along the coast to immerse her feet, but as soon as she did that, something strange happened. She lost her balance and her legs started to shake.

“What is happening?” She looked down and saw that her toned bare calves were getting covered by green scales.

Her feet were morphing into a sizable tail, and she suddenly though she was transforming into a mermaid. Indeed, marine fauna started to grow on her hair and chest. It was strange to say the least, but she was frankly enjoying it.

“Hey, what’s up with you?” asked Elemental Girl when she turned and realized what had happened.

“It seems I’m not a human after all. I DO have powers!” she said excitedly. 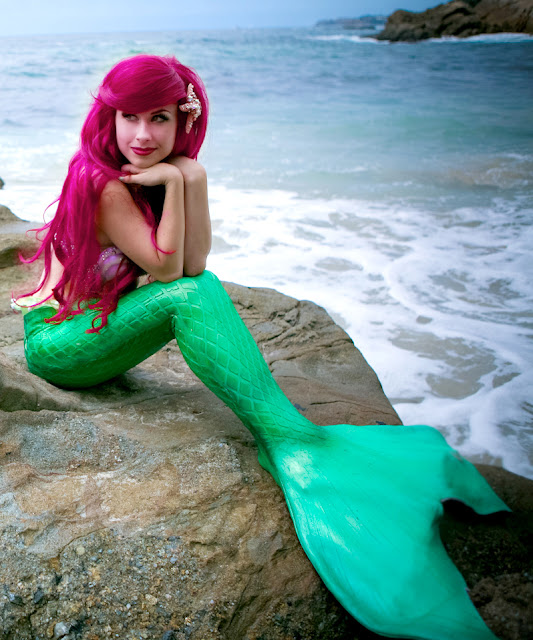 She found it hard to mobilize on land, but her friend helped her out of the water. After a few minutes, she was back to her regular form.

But she wasn’t going to let that pass. As soon as she felt ready for another go, she touched water again. Indeed, her tail was back, along with some new shells and pearls.

“This is so cool. Do you think you can really breathe underwater?” asked her companion. 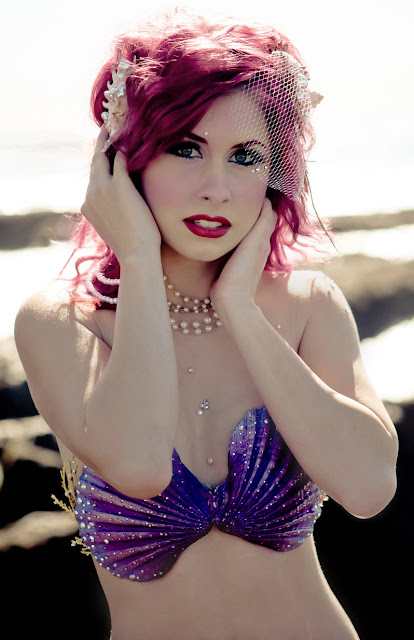 “I don’t know,” said Adaline, a bit worried. “But I guess I have to try. Be ready to pull me out with your powers if I start drowning…”

She jumped inside the water and took a deep breath. The liquid passed through her nose. It felt great, much better than air. She was also able to swim perfectly, completely controlling her movements.

“Come on, we have to go back to headquarters and tell the Council.” 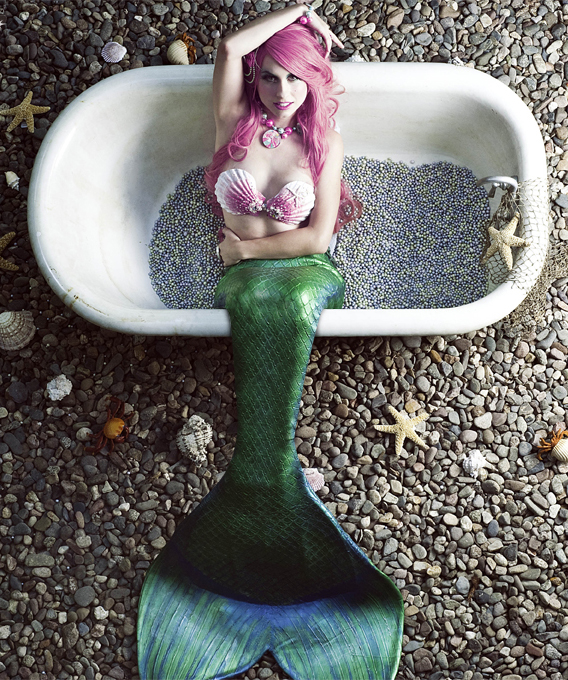 The scientists were quite pleased Adaline had finally discovered her hidden talents. The first thing they did was put her inside a bathtub. Even so far from sea, her powers activated and her body changed.

Then they moved her inside the tub and put her in the lake’s coast. A few were surprised when a group of crabs approached her. She willed them to move around and they did. It seemed she had a certain control over at least some animals. 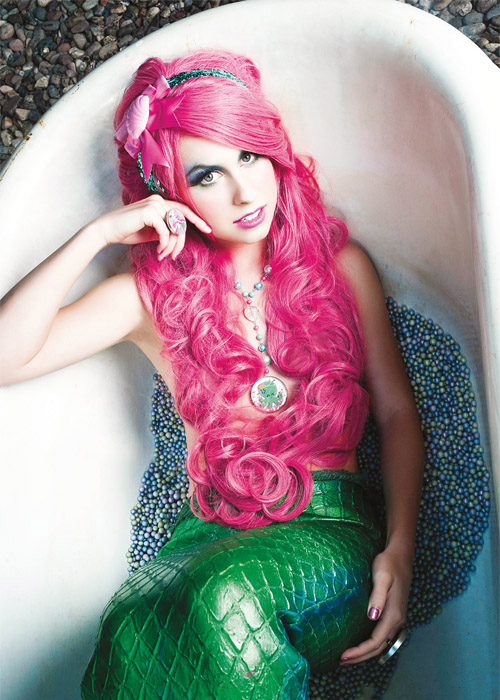 The analysis also showed her insides were quite altered. For one, she could breathe both water and air, as she had already discovered. Her bones were also much different and lighter, more like those of a fish than a human’s.

She wondered if she could concentrate and stop her changes even when she touched water. Otherwise, showers would be a nightmare. Indeed, she felt her legs returning, even though she was still submerged. 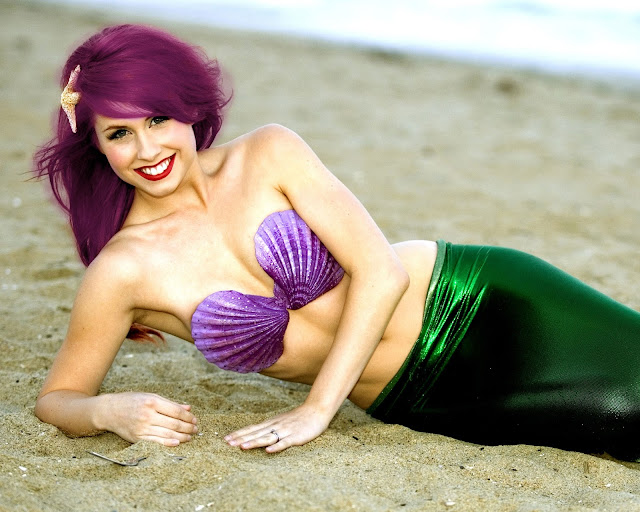 Her next test was obvious. She tried to change into her Aquatic form before touching the water. She stumbled as her legs changed into a tail and she smiled widely.

The next few days were grand. She remained a lot of time on water, both above and below. She could see perfectly under the surface, and since the animals would obey her, she didn’t fear any attacks. She had found a new home there. She was the queen of the depths. 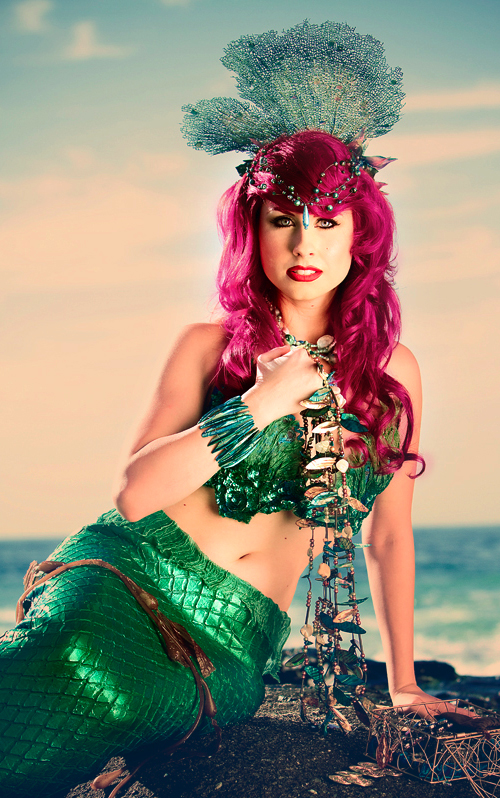 But a question started to form on the back of her mind. If her powers were limited to her Aquatic form, why did she felt such an attraction towards the woods too?

Maybe there was more to discover, and she would investigate. 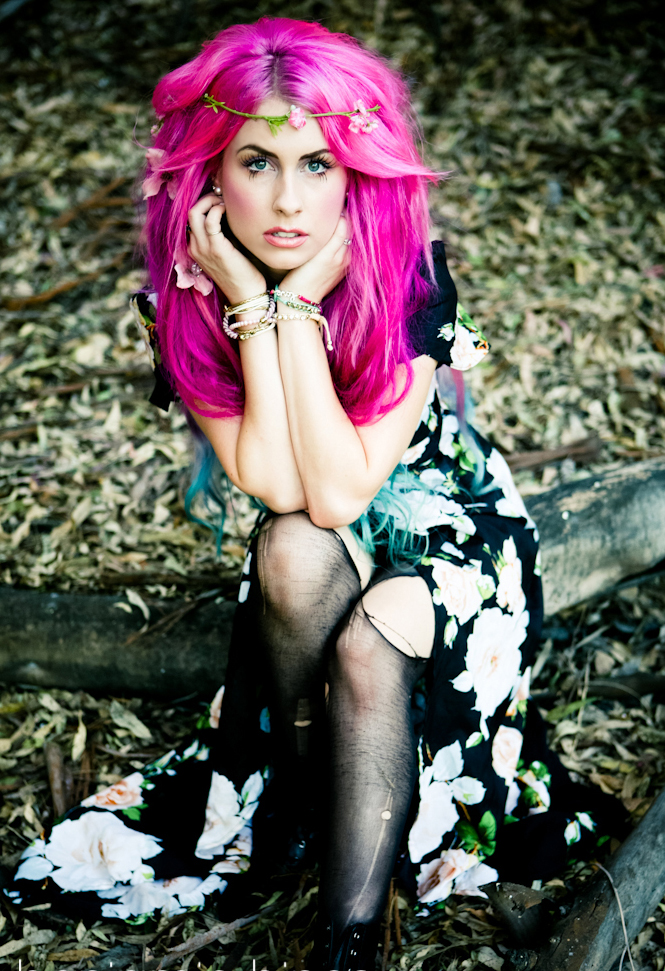 So she spent the next morning walking among the trees, wondering if she could do something miraculous even away from water.

Adaline tried to summon her abilities, attempting to activate her change just like she did when she became part fish. But it was much harder.

So she tried to concentrate on a different way. She didn’t thought of the oceans any more, but of the trees and swamps, the leaves and the air. 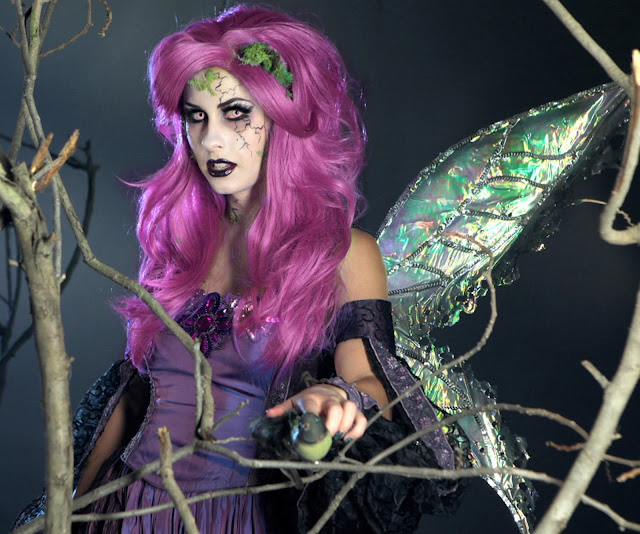 And it happened. She felt a strange sensation on her back as giant dragonfly wings grew there. Her eyes shifted and she could suddenly see hundreds of new things.

So she had been right. She could tune in with nature beyond the seas. She thought see looked a bit frightening in what she would eventually call her Insectoid form, but she also liked it quite a lot. And she could fly. 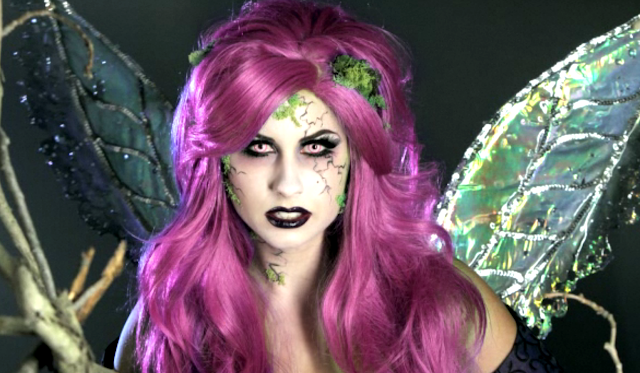 She gave everyone quite a scare when she landed on the headquarters looking like a dragonfly for the first time, but soon everyone was as excited as her about her discovery. She would be much more useful now.

Adaline didn’t found about her third and final form until 5 weeks later, during another walk through the woods. This time, she developed a lithe, green skin that covered part of her body. 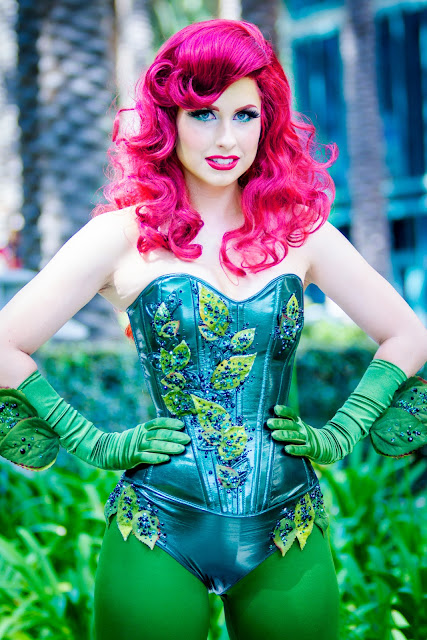 This was what she would come to know as her Reptilian form. It was very strong and agile, and she had highly developed senses, among them an olfactory bifid tongue and infrared eyes. Her skin, both the green part and regular looking one, could also camouflage very well, which made her very hard to see among the foliage. Even her pink hair would conceal itself. 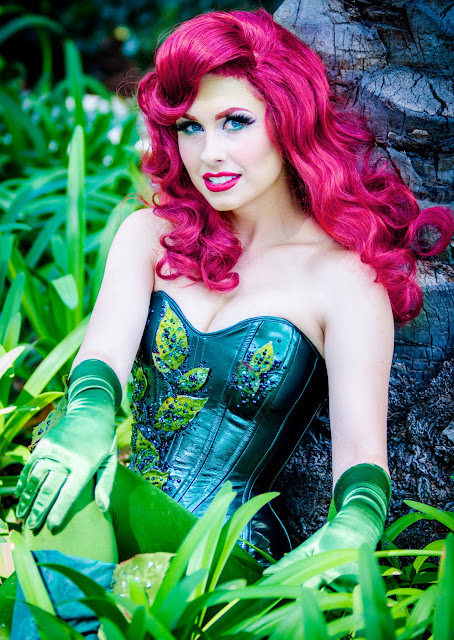 Her control over fauna had also improved, and she could almost feel like she could talk to animals. At any rate, they could understand her, and she felt quite at home among them. Indeed, she had a cottage built outside Headquarters. She felt much better out in the gardens than within its walls. 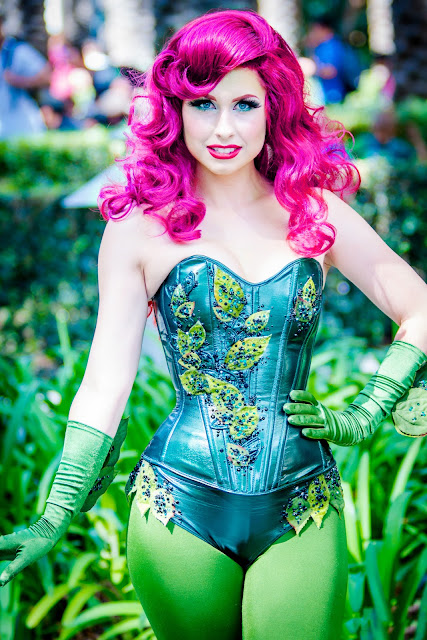 She had chosen Natura as her codename. It didn’t sound particularly catchy or super heroic, but it would do. And she wanted her work with the Council to be mainly about the preservation of the environment, whose damage clearly was among the “path of destruction” the aliens had referred to.

Five children had undergone the Mineral transformation and there were only two to go now. The work was almost done.

Follow ups:
Hourglass
Split Woman
Posted by The Planet of the AP at 6:40 PM