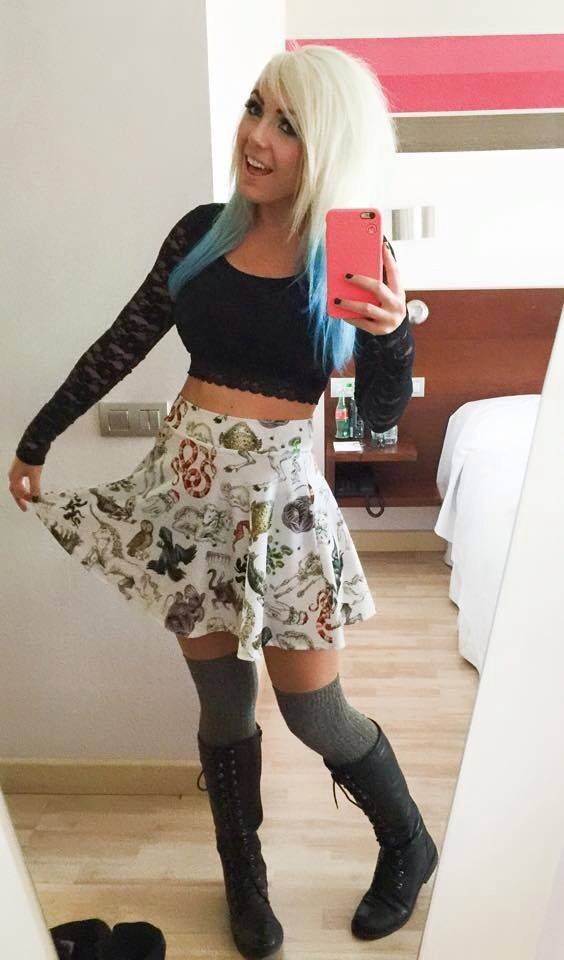 Adria was finding a lot to enjoy about this modern human realm. The electrical devices were amazing compared to what people had to do back in her time. For instance, it could take have taken several hours to prepare supper, but appliances like the blender, mixer, and microwave could make it take as little as half an hour at the most. Cleaning the house was also much simpler thanks to the much more efficient tools which were available.

But by far the most amazing devices Adria has seen were the ones that were designed mainly to entertain humans. Even with the knowledge she had been given, she still found the TV and computer very overwhelming. But there were relatively simpler devices that she was quickly adapting to. Her cellphone had so many useful option besides just using it to speak with people. She was having quite a bit of fun with the camera feature. 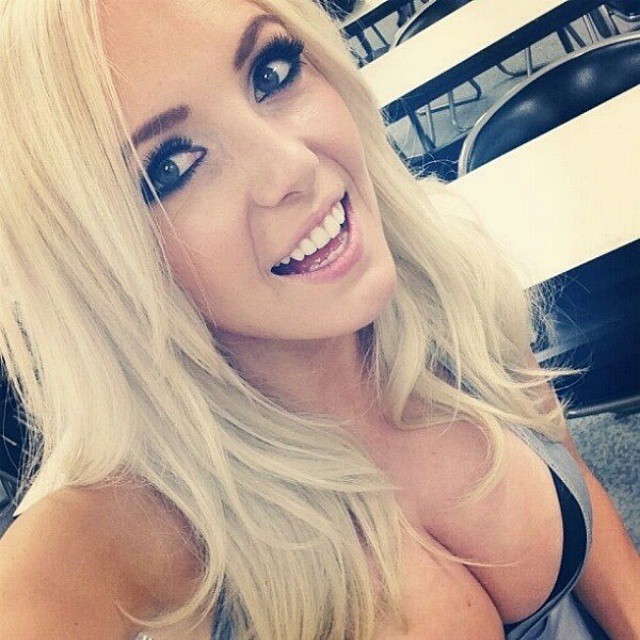 Not surprisingly, a majority of the pictures that Adria took was of herself. She had been in her wardrobe and found so many different clothes in there to wear. A lot of her tops seemed to have been designed for the purpose of showing off her impressive bust. Adria was a little hard-pressed to find any tops that didn’t show off her cleavage, but she didn’t mind it that much. She absolutely loved her adult body. She highly doubted she would have been able to become this pretty if she was living back in her original time period, what with the poor diets and substandard hygiene. True, Adria has been more about cleanliness than her neighbors, but she couldn’t have managed to stay as clean than what was available in this realm. 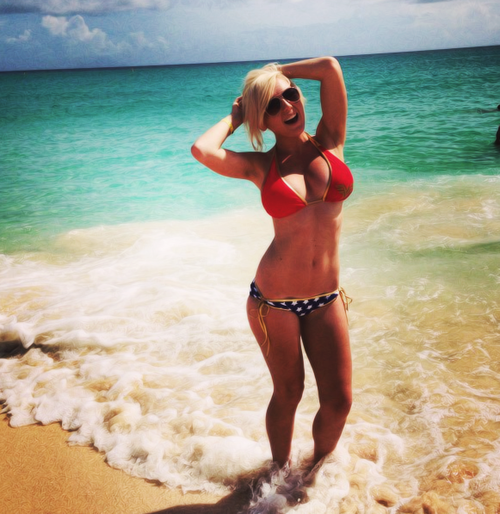 One thing that didn’t made much sense to her were the swimsuits she had. She understood how to put them on, they were incredibly sensible in that regard, and the purpose for them being worn. But Adria didn’t see much of a point in putting on specific types of clothing to go swimming. In her own time and even in Underhill, people just disrobed entirely to go swimming. Though swimming has become a lot more public since that time and while Adria loved her curvy new body, she didn’t want to put it on display for everyone. The concept of modesty has changed quite a bit since her time and Adria had to comply by these new rules.

Even so, she did enjoy wearing these swimsuits as they helped show off her curvaceous body. The house she lived in was not too far from a beach where plenty of people went to. Adria had gone to the beach several times. She liked the sun on her skin, the sand beneath her feet, and the water splashing against her. She had never been to the sea before and while its water was really salty, she could see how beautiful it was. She was also able to appreciate the other people walking around in their swimsuits. Not many women were built like Adria and there were plenty of men who were not in good shape. But she was able to see plenty of bare chests that had a decent amount of musculature, some more defined than others. 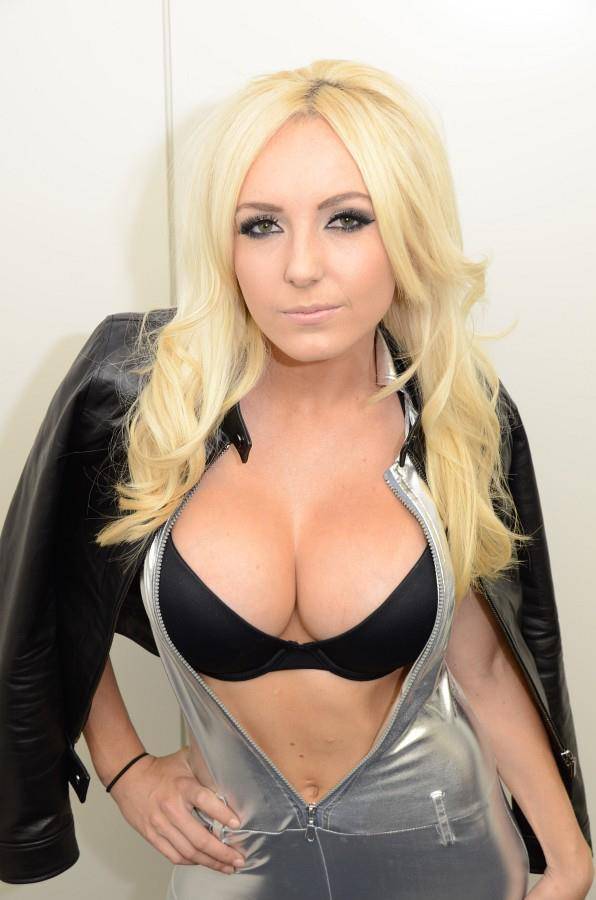 Of course, Adria wasn’t just active during the daytime. The concept of ‘nightlife’ was a bit strange for her. But humanity appeared to have developed their late-evening parties into something rather spectacular. Adria was slow to join in at first due to her lack of experience, not to mention the difficulty of learning how to hail a cab. Adria had a small sports car, but she wasn’t quite confident enough to try and drive it yet.

It wasn’t too hard to get into the nightclub. All Adria had to do was watch what the people in front of her did and keep her wallet with her. Though she rarely needed to show an ID to the bouncer. They often took one look at her, specifically at her rack, and let her in. The music in the nightclub was like nothing she ever heard before and while it was a little loud, she liked the beat of it. The colored lights and people dancing were a bit hard to process, but Adria had managed to get herself onto the dance floor. She didn’t a whole lot about dancing, but she was able to convey her sword-parrying techniques into something rhythmic enough to pass for dancing. 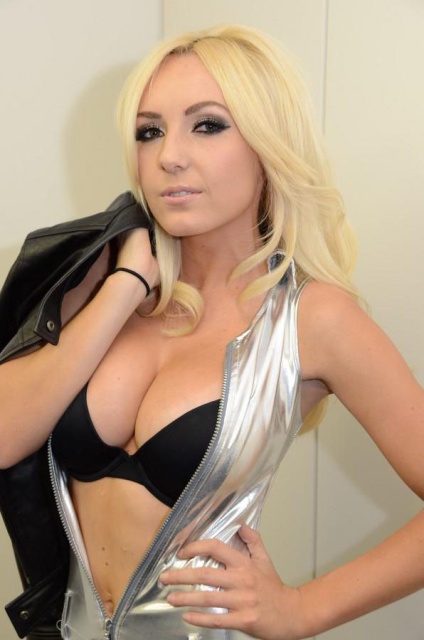 Most often, Adria would spend her time at the bar. The various alcoholic drinks they had available were quite baffling and it took some experimentation before she found the flavor she liked. Of course, she was careful to only get a little buzzy in the head. She had to be able to give a cab driver proper directions to get her home. But sometimes she had other means of getting back and with better company.

For instance, a particularly handsome guy was sitting right next to her. “Hey there, you come with anyone?” asked the guy.

“That’s a real shame. How can a beautiful girl like you walk in here without being on some guy’s arm?”

“Well, I know I can at least walk out of here with a guy on my arm. Think there’s anyone here that’ll be interested?”

“Well, I wouldn’t mind being first in line if there aren’t any contenders.”

This wasn’t the most brilliant series of pick-up lines that Adria has been a part of, but it was hardly the dirtiest. Both of them were being straightforward and he was more than handsome enough. Adria was happy to do meaningless small talk while she drank because there was going to be more talking here than back at her place. 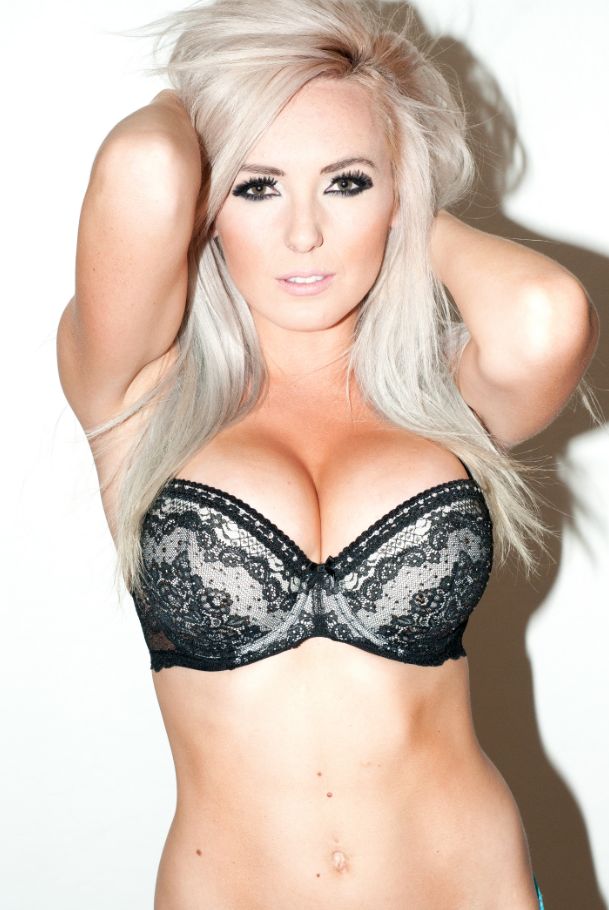 Adria was hardly ignorant about adult pleasures. She had spent enough time with the fae to have learned what men and women did together in private. The satyrs and nymphs provided a lot of information about that. When she first arrived in this realm, she had taken the time to play with her adult body, which definitely felt as good as described.

It hadn’t taken her long to start seeking out guys for pleasure and they weren’t to hard to find, especially with a sexy body like hers. Her latest one-night stand didn’t seem to be lacking in anything when they stripped down to their underwear and he was definitely turned on by her body.

Before completely stripping down, Adria went to the bathroom to freshen up just a bit. She was eager to start the night with this guy, but she couldn’t help but feel a little empty. She and he both know that this was just going to be for one night so there wasn’t anything really deep about this. But Adria was starting to doubt her willingness to find random guys. Sex was good, but its novelty was starting to wear off. Would she even be able to find the right guy here? Would it be worth trying to find a more meaningful relationship. For some reason, there was uncertainty regarding this. But Adria was able to push it to the back of her mind. She had a man in her bed tonight and she wasn’t about to pass him up.