Adria walked with the water nymph for quite some distance along the river. She was mentally preparing herself for her next big challenge, whatever that may be. But she was also paying attention to her body’s new proportions. She was taller now so she had to adjust to her longer limbs. She was also aware of the sway of her hips and the slight bounce of her breasts as she walked. True, she wasn’t fully developed yet, but it wouldn’t be long before she would have a figure worth showing off.

Eventually, the two of them made a turn at a creek that intersected with the river. The walking became a little tougher since now they were going uphill, but Adria’s body was stronger than what it had been before. Eventually, they reached a bridge that crossed over the creek and the water nymph said, “This is as far as I can walk with you. Your path lies across this bridge. Follow the path beyond it until you get to a series of fallen trees. My sister will lead you the rest of the way.”

“I appreciate the help you have given me,” said Adria.

“Good luck with the rest of your journey,” said the nymph before she walked into the creek and started following it.

As Adria crossed the bridge and proceeded on the path, she started to wonder where her journey was heading. Why did they have to be so secretive about the Trial of Passage of the Calling of the Lord? It wasn’t that she was starting to become afraid, but the curiosity was starting to eat at her. 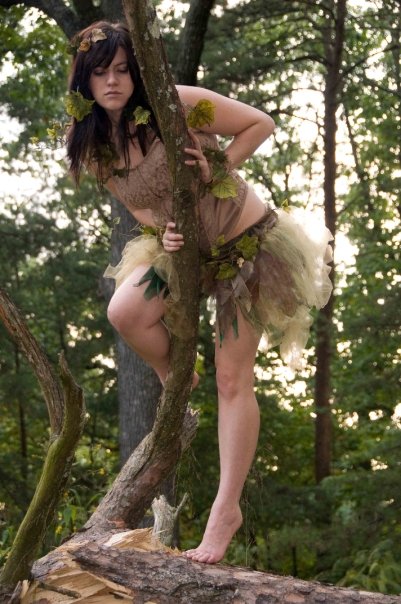 Eventually, Adria noticed several fallen trees by the side of the path. She wondered to herself why there should be fallen trees in Underhill. She knew things could die here, such as the kelpie she had already slain. Predation was just as common in the faerie realm as the mortal realm. But was there any reason for plants to die, especially large plants like trees?

“Wood is needing for building here as much as in the mortal realm and mulch from the trees keeps the forests alive.” Adria jumped and looked around for the source of the voice. She soon spotted the speaker standing on one of the dead trees. The tree nymph, dryad to be more exact, was examining one of the fallen tree’s branches. “Time may be slow to pass down here, but the cycle of life and death still spins,” said the dryad, “We fae may live for an extremely long time, but we die eventually. The plants here are no different. But unlike mortals, we take better care of our forests, making sure there’s always a tree grown to replace one that needs to fall. And we dryads can do it far more cleanly than the mess the woodcutters leave behind.” She hopped down from the tree and said, “So, my sister tells me you wish to answer the Calling of the Lord.”

“That’s right,” said Adria, “And I’m not about to be dissuaded.”

“Who says I’m trying to dissuade you?” asked the dryad, “It’s been a long time since a changeling’s had the gumption to try that Calling even after they hear about the risks. The question is do you have what it takes? You can take on an Unseelie as I’ve heard, but do you have a strong heart and mind?”

“There’s only one surefire way for me to find out, isn’t there?” said Adria.

“Sure is. I hope you make it through. We could use more ladies with your spirit,” said the dryad, “The way’s not far now. Follow me.” Adria followed the dryad through the forest, the path soon far left behind. Adria had been steeling herself for another physical challenge, but clearly this will require more than that. Rather than knock her off her guard, it made her even more excited. She couldn’t wait until the challenge began. 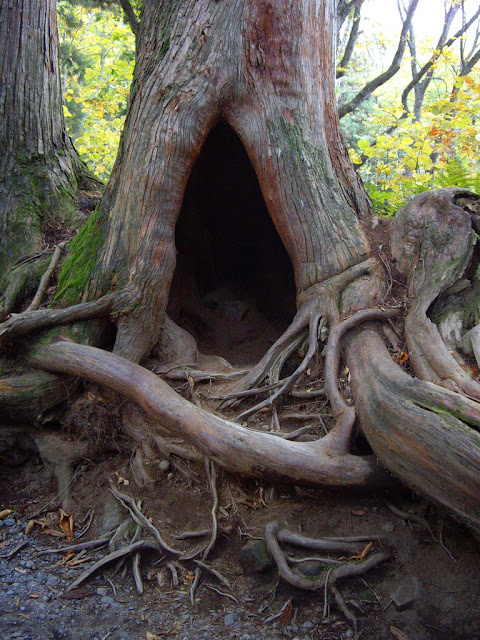 Eventually, the two of them came to an ancient tree. The trunk stretched up far higher than Adria could make out with all the branches in the way. Its massive trunk was open at the bottom, showing that it was hollow. Adria could feel a slight tingle on the back of her ears, like something very magical was close.

“This isn’t an ordinary tree of course,” said the dryad, “It’s also a portal. You have to go through it to reach your challenge.”

“Walk through a tree? That sounds like something only you dryads can do,” said Adria.

“With most trees, yes. But I just said this isn’t an ordinary tree. The hollow might not seem like much from here, but it’s a lot bigger on the inside than the outside,” said the dryad, “It may take a bit of climbing, but if you can take out a kelpie, you can make it through the portal.”

“So, once I’m through, where will I be? What is my challenge?” asked Adria.

“Sorry, part of the challenge is that you can’t know what it is. But I can tell you the goal: to claim the rank of lady in this realm, you’ll have to want to return to this realm,” said the dryad.

The dryad laughed and said, “If it were that easy, there’d be more people who’d be taking it. I hope you’ll return.” With that, she turned and ran off into the forest.

Adria looked at the hollow opening, the tingle on the back of her ears more noticeable now. “Well, I didn’t come all this way just to give up now,” said Adria before she walked into the tree. 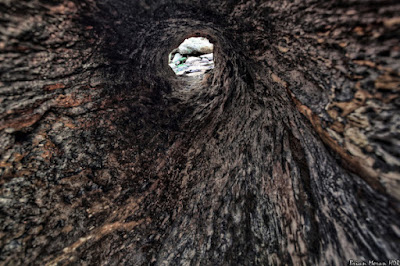 The dryad was right, the tree was a lot bigger than it looked on the outside. But the hollow wasn’t so massive that she couldn’t touch the opposite walls with both arms. Which was fortunate because it looked like she needed to climb. Adria was a bit worried her dress might get in the way, but it was easier going than she thought it was. Her hands and feet always found a lump to get a purchase on. It was like the tree was helping her climb, which was quite possible.

As Adria climbed, she kept wondering about what this big challenge was going to be. Why would it be so hard for her to want to return to Underhill? She ought to be eager to head back and become a lady, right? Where did this portal lead anyways? She was going to find out soon because she could see the exit. She thought it was just leading out into the sky, but the blue she saw became a lot brighter as she got closer. Eventually, she couldn’t make out anything but blue and she wasn’t sure if she was even gripping the tree anymore. 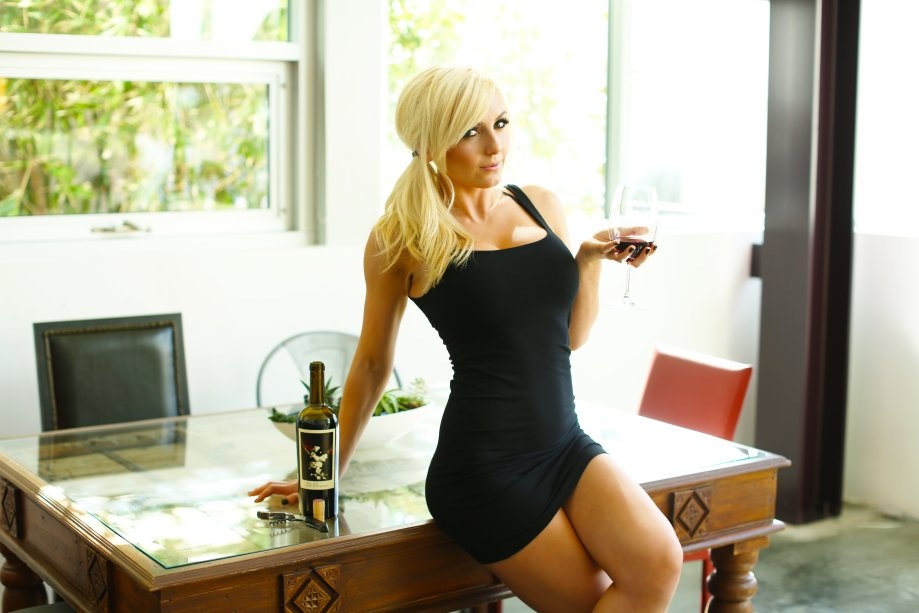 The next sensation that Adria felt was that she was still gripping something, but it wasn’t the same as before. Her left hand was holding something that was definitely not wood and while her right hand was touching wood, it was definitely not a knot in a tree. When Adria’s vision cleared, she saw she was in a room like nothing she’s ever seen before. It was far too evenly built to have been made by men and completely different from the styles of the fae. And yet this place strongly reminded her of the mortal realm for a reason she couldn’t quite describe.

Then Adria turned her attention to the object in her hand and saw it was a wine glass of fine make with some wine inside it. Curious, she drank the wine that was in the glass. The taste was bitter, but appealing somehow. She had heard that wine was supposed to dull awareness, but this wine actually increased her awareness, such as there was an open bottle of wine on the table next to her. She reached over and poured herself some more wine, eager to expand her awareness. A few glasses later, she now knew where she was. She was in a mortal realm, a mortal realm that was considerably more advanced and enlightened than the one she had originally lived in. The wine seemed to be giving her common knowledge about this realm. This knowledge soon brought up her curiosity and her eagerness to explore this house. 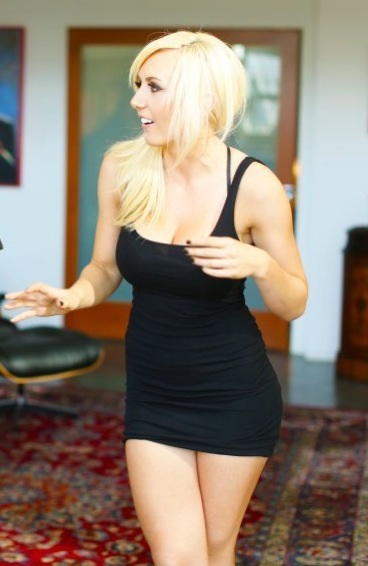 Adria walked around the house, amazed by all the different things she saw. The furniture was like nothing she had seen before and there were so many strange devices that her new knowledge called ‘appliances’. Apparently, mortals had learned to harness a powerful energy called ‘electricity’ to make their lives far easier than what Adria had to live through in her mortal childhood.

And here was the best part. In this realm, Adria had been aged into a grown woman. She had gotten brief glances of herself when she was pouring more wine, but now she wanted to see more of herself. She looked into a mirror and saw a beautiful woman wearing a black dress that hugged her tightly and showed off a considerable amount of cleavage. She certainly looked sexy, but was she as voluptuous as she had hoped? With eager hands, she started pulling up the hem of her dress to see more of her body. 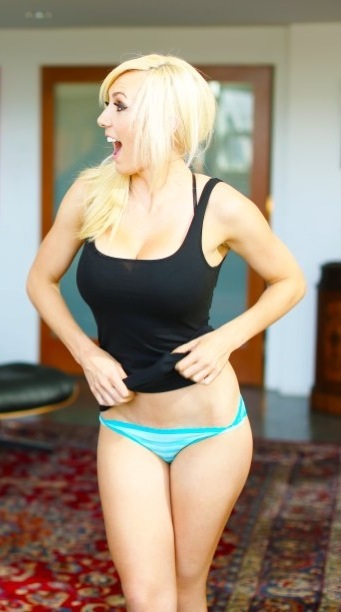 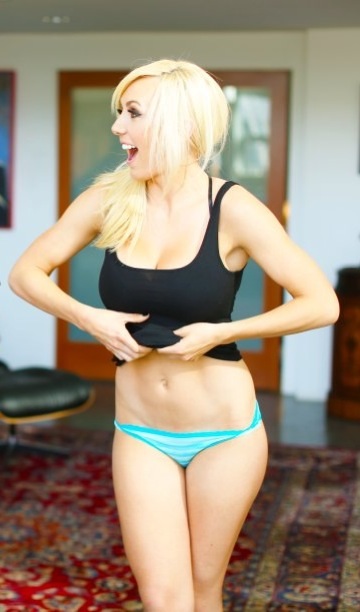 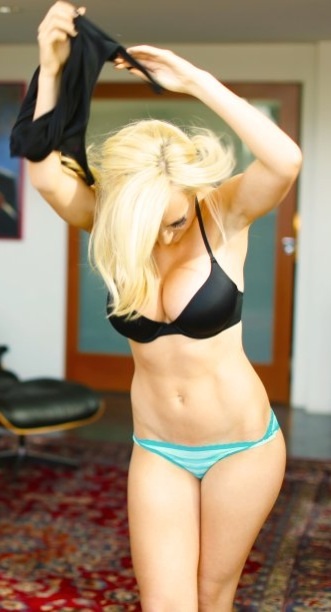 When her dress was off, Adria looked down at herself. She was wearing undergarments that new knowledge identified as ‘bra and panties’ and they were encased around one of the most superb womanly bodies she’s ever seen. Her stomach was lightly toned, her abdominal muscles showing that she was quite fit. Her panties were tightly stretched across a wide set of hips and there was a quite noticeably plush pair of buttocks behind her. Her breasts were magnificent. They were so round and big that it looked like she had a pair of honeydews attached to her chest. Of course, she knew they were meant for giving milk, but she had heard that men were inordinately drawn to fine breasts and she could tell that her own were quite irresistible. As Adria felt herself over, she became certain that she was going to like it here.