More Vintage Comics are still coming, but this one was long overdue.


Dawn descended from the sky like a bullet. She landed softly into Odette’s shoulder and yelled:


“It started! I saw it all from above. The centaurs are charging towards the city gates! There’s loads of them! And they’re all so big and beefy! Did skinny Millie really turn into THAT?!” 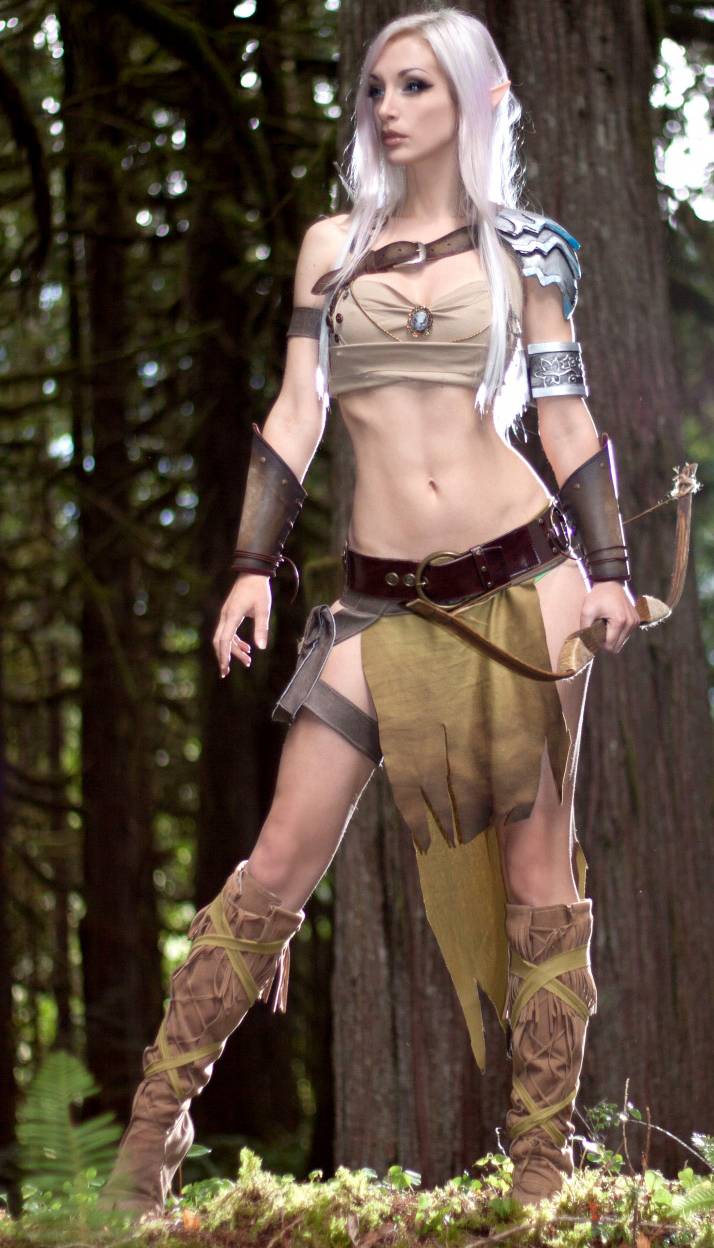 Odette’s elven ears also started picking up the distant sound of the hooves galloping, even though it was happening miles away. Then… clashes of metal… screams. The carnage had begun.


“It is time,” announced the Grand Mage. “Most of the Wraiths have left Castle Ivory to meet the centaurs in battle. We’ll have no better opportunity.”


“Yeah… Wait, did you say most of the Wraiths?”


“Of course. I doubt there’s not a few of them still guarding the place. But don’t worry, I’ve got a plan. It involves you…”


Odette placed a finger over Dawn’s little forehead and said a few words in ancient elvish.


“This will only last a few minutes. I can’t hold it much longer. So you must be quick.”


Dawn immediately started growing like a weed. Her purple glow was waning while it happened, and soon she was about the size of a normal woman.


“Are you turning me into a human?” she asked, and her voice wasn’t squeaky any more.


But then her insect-like wings started to change into something that looked more like the wings of a bat or a demon. She was also still growing, way past the size of a human. She looked in horror as her skin started to cover itself with purple scale. A gigantic tail emerged from her backside, and then it sprouted thorns. Her neck elongated and she grew long tusks, while her face distorted into something reptilian.


She kept growing until she was roughly 100 feet long. She could hear the nearby trees getting crushed by her expanding body. Then it was over. She contorted her monstrous head around her new self.


“You turned me into a freaking dragon… I’m so ugly!” she said, her voice a deep growl. Then she chuckled horrifically. “Awesome.”


“Come on, you’ll change back really soon!” said Odette, climbing over her friend’s back.


Flying as a dragon was much different than flying as a fairy, but Dawn managed nevertheless. She batted her enormous leathery wings and rose over the forest. She could see the city just ahead. 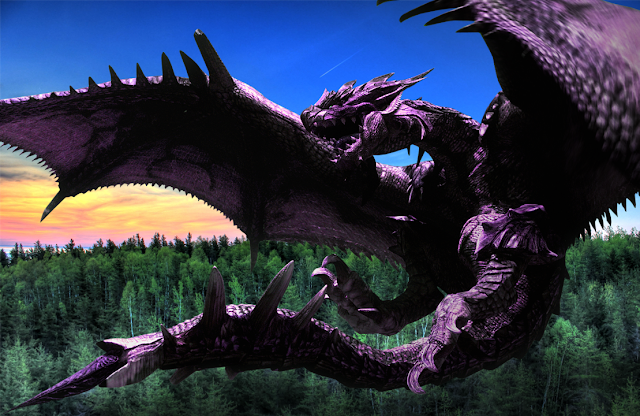 She was so large it only took her a couple of seconds to get there. She could see the battle between the centaurs and the dark creatures raging in the distant gates, but she descended over Castle Ivory.


It was indeed flanked by a hundred Wraiths or so, all floating and circling the tall tower. When they saw her, they shrieked deafeningly and charged in her direction.


The cheerleader turned dragon knew what she had to do. It felt like expectorating, but a thousand times more powerful. Her fire was gold and amethyst and it poured copiously from her throat, burning all on its wake. Dawn felt just a bit warm, and completely impervious to the flames she was generating.


Dragon fire was too magical, and the Wraiths had no chance against her. They all vanished as soon as they touched her fiery ejection.


The temporary dragon was indeed getting smaller, but she was so vast it took her a while to completely do so. By then, she had burned out all enemies.


She was soon no larger than a winged crocodile, and she couldn’t hold the elf any more. Odette jumped from her back into the ground. Before landing, she had already transformed back into her real self, her staff no longer disguised as a bow: Where she was going, she wouldn’t need to hide her identity. 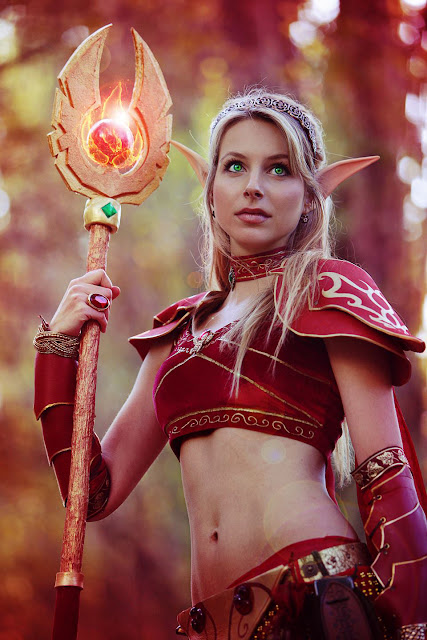 Odette turned around and almost laughed out loud. Dawn now looked like a small purple iguana flying clumsily with its insectoid wings. However, as she watched, she quickly regained her human-like appearance and regular tiny size. In just a few seconds she was back to her pretty fairy self.


“Well, I’m glad you enjoyed it while it lasted, because I won’t be able to do it again.”


“You should have saved it for when we get inside and face Karina. I would have…”


“What?”, wondered Odette. “Squashed her, burnt her? She’s your sister, remember. We’re not actually trying to kill her. We just need to get the upper hand over her.”


“You’re right. So… how are we getting through that door?”


Odette turned around. She could feel the strong magic protecting the huge entrance to the castle. The Grand Mage raised her staff and its red gem glowed as she pressed it against the oaken door.


She pronounced a spell. Nothing happened.


“Come on, you can do it!” cheered Dawn. She felt quite vulnerable being a fairy again after being a powerful dragon.


Odette casted another spell, and then another. Nothing was working. Then, on the sixth attempt, the door swung open.


“Yay, I knew you could!” applauded Dawn.


“That… that wasn’t me. I couldn’t breach it from the outside. Someone on the inside must have…”


A beautiful young woman emerged behind the door and beckoned them in, leaving it ajar. Her blonde long mane was braided over her back and she was wearing the low cut black robes of the castle’s servants. On her collar, there was a necklace with a winged shape: a harpy, the sigil of the Dark Sorceress. 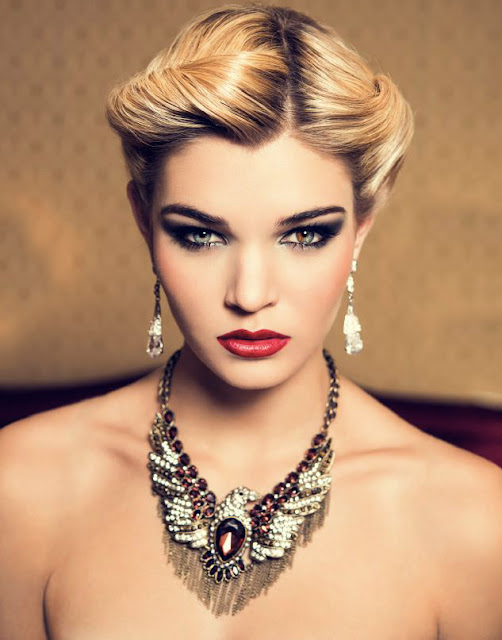 Odette examined the woman’s face. She appeared to be human, but the Mage could detect she wasn’t.


“Yes, you’re right,” she said. “Karina cursed my tail into this form. And you are... the Grand Mage of the elves. You’re Odette!”


“Odette, it’s me! It’s Mia! I got transformed into this when I entered the game!”


“Mia? Wow, you look fantastic. I would have never recognized you!”


The mermaid was surprised, because it wasn’t Odette who answered, but instead the tiny fairy on her shoulder.


“Because I became the Dark Sorceress’ servant,” she explained.


“But… why?” asked a shocked Dawn. Was their friend about to betray them?


“Because she promised me my mother’s throne. She’s the Sea Empress in this world. She promised me I could stay here, beautiful and important forever.”


“Yes. But no. Karina failed to understand me. She mentioned my fake mother, not realizing she only made me think of my true one. And as much as I love who I am in this world, I can’t stand the thought of never seeing my real Mom again, or the rest of my family.”


“So, I pledged my allegiance to the Dark Sorceress, waiting for the right moment to overthrow her and end the game. I immediately contacted the resistance and they told me you were going to try and enter today, but that you needed help from the inside.”


“Wow. Thanks, Mia,” said Dawn, ashamed at having thought she was a traitor.


“You can thank me later, Squirt. Now let’s go to the Throne Room and kick Karina’s butt.”


None of them noticed the pale figure hiding in the shadows behind them.