This is almost over.


Karina thought she heard some strange sounds coming from her sister Dawn’s room. Dawn had been in there for a while with her loser friends from school who liked to play that nerdy Dungeons and Dragons kind of stuff.

Karina was 12, only a year younger than Dawn, and though she was also very pretty, she was much behind in the growth race. She was still short and underdeveloped, and she couldn’t understand how someone like Dawn, who was a popular cheerleader at school, could hang with such losers and enjoy those geeky games.

She opened her sister’s door just in time to see something very weird. There was only one girl inside (the dark haired one... Odette, who was in the same class as Karina), but then she disappeared, apparently absorbed by the board in front of her.

Karina’s heart almost stopped. She ran towards the table and examined the game that was set in there. It looked like a map and there were six wooden pieces in different places. As the girl looked, one of them started to reshape, until it looked like a rough statue of a woman with a staff and long, pointy ears.

She gulped. So this was what her sister and the other freaks were really doing: witchery. Karina would have suspected this for ages, but she had never thought magic was real. But now? The evidence was before her eyes.

So, where was Dawn? She hadn’t seen anyone leave, so they were probably all inside this board… Karina knew what she had to do. She hated having to do this to her own sister, but she had chosen to become a witch. She was dangerous, maybe even to herself. So this was for her own good.

Karina grabbed the board and walked towards the door, decided to lock it up in a box until she could figure out what to do. But she had only made it halfway across the room when she felt something. Karina trembled, realizing she was also being absorbed into the game.

Once she was gone, the board stood in midair for half a second, and then it started to fall down to the floor.

Castle Ivory was in the middle of the capital, itself at the center of the continent. It owed its name and color to the fact it was completely constructed from the bones of the Archaegons, enormous dragons who had roamed the lands ages ago.

There was actually a part of the castle that wasn’t made from bones but from stone, and which was dark instead of sunny: the underground dungeons.

That’s where Karina ended up after being transported into the game. She desperately banged the bars of her cell, but nobody came. She was very scared, especially because her pretty sundress had been replaced by a strange and very heavy dark blue armor with metal skulls and huge spikes.

“What is this… devilry?”

If she thought that was strange, she was in for a surprise when she started growing. As her body became taller and matured to voluptuous proportions, she yelled in fear, yet also in undeniable pleasure. Her chestpiece was getting very tight as her breasts inflated and as she grew taller, her top separated from her bottom armor, as her toned midsection slowly revealed itself while her whole being was raised.

Karina’s armor wasn’t as heavy any more as she gained an incredible amount of strength, and somehow she suspected she was tougher than a normal human woman. Her ears elongated into the pointy one of an elf, and her maturing face was also changing. Her eyes became completely white, yet gained perfect vision, and her hair was getting even blonder, almost white, until it achieved a blue hue. Her dark lips parted in surprise as she looked in amazement at the sensual elven woman she had been turned, reflected into in the dark mirror of her cell. 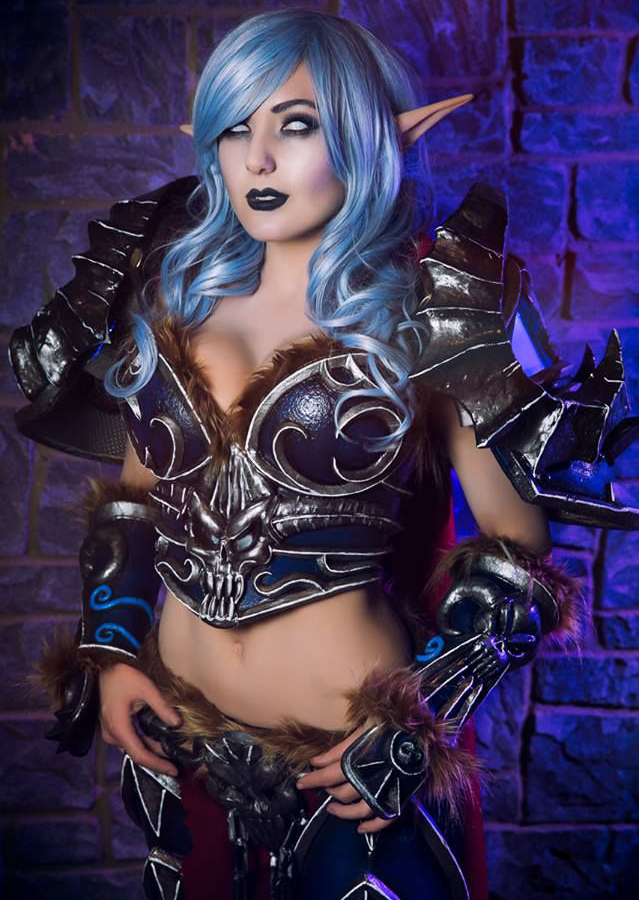 “What did… what did just happen to me?” she asked in a sultry and dangerous hiss.

“Something that I dare to believe you’ll enjoy,” a voice said behind her.

Karina jumped and turned around. A very old man with a thin white beard and brown robes was sitting on her cell, even though he hadn’t been there before.

“I am the Gamemaster,” he said. “I created all of this. The board game. It was designed to recreate my own dimension, where I lived millennia ago. I sadly can’t go there anymore, but this way I can almost relieve it to the last detail… and at the same time allow a few curious human minds to escape their reality and experience another.”

“There’s been a mistake…” the girl said. “I wasn’t playing this. It was my sister and her silly friends. I didn’t want to…”

“No, but you intervened, or fate did… The game always needs an antagonist for the players, and I believe you’ll fit the role quite well… Dark Sorceress Karina.”

She stood silent as he snickered. Then she asked what she was wanting for a while.

“What are all these things I’m feeling?”

“This game is the real deal,” the Gamemaster explained. “That body is not just a simple avatar. You’ve really been rewritten into a new person. You’ve got all of the new feelings that come with that. For one, you’re now an adult woman, and an elf… Your senses are much more developed than any human’s. And of course, there’s that huge amount of magic within you, wanting to burst…”

“All elves are magic, but not many can perform much with it. But you’ve made a dark deal with a demon, and now you’ve got more power than almost any other being in the continent. Maybe enough to rival the Grand Mage herself.”

“Odette? Wait… how do I know Odette is now the Grand Mage?”

Karina reflected on all of this for a while. She tried to explain what was upsetting her. 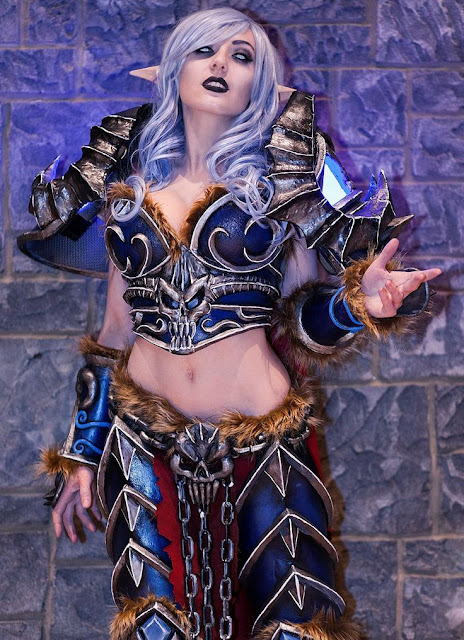 This worried her, yet it also made her quiver in pleasure.

“I think the game will allow you to release all you’ve wanted to secretly do for a while. And as I said earlier… I suspect you’ll enjoy it.”

And she felt like she really had the knowledge of all those centuries, though her grasp of it was still fuzzy. The man stood up.

“Yes, but you’ll see me quite soon. I’ll be up there at the Throne Room. You’ll find me and then you’ll know what to do with me.”

“Really? These bars can hold you? I’ll give you only one more clue: the soldiers who caught you believe you’re a common killer. They don’t have any idea of who you really are or what capacities are hidden within that body of yours. And remember… it’s just a game.”

And with that, he disappeared.

Karina looked down at herself. She really felt good and powerful, not to mention extremely sexy. Maybe her loser sister had been onto something, and playing a role was actually fun. Well, she wanted to play the bad girl quite… badly.

First, she had to get out of here. Was she really as gifted as the Gamemaster had said?

As if to answer that, an enormous surge of magic passed through her veins and materialized as blue light around her body. 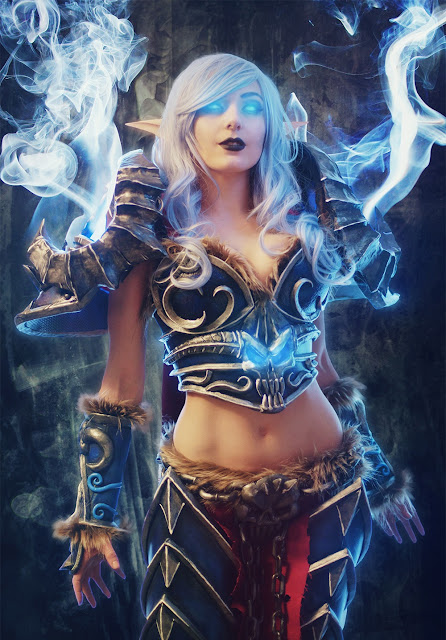 Smiling widely, Karina released it, sending the bars flying away, scorched. She knew a dozen guards would be on their way, but she could take them just as easily.

The new Dark Sorceress was on the move. She was going to capture the Gamemaster and take control of Castle Ivory. Then, the rest of this world would fall, land by land and into her lap.