The photomanipulation I did for this part is even worse. Please don't be harsh. I don't know how to do it.


Now that Dawn had also been absorbed by the game, the remaining four girls had no doubt in their minds about what was happening. Somewhat, they were all being magically transported into the fantasy universe within the board.

They watched silently as Dawn’s wooden piece also transformed into a woman-shaped figurine, except hers sprouted wings and shrank to a third of the size of the other pieces.

Millie swallowed hard, for she came next. She was 11, very thin and sickly and had brown hair with a slightly reddish tint to it. She was a mild-mannered girl who was terribly bullied at school, mainly because she never fought back.

If she could get pushed around by middle school girls, what would happen in a war-ridden land probably filled by goblins and wolves?

“You can do it, Millie!” said Alexandra, who was the closest one to her since they were in same class.

Everyone was looking at her. Millie couldn’t stand the pressure. In the end, she threw the dice so that they wouldn’t call her a coward.

Double six. Maybe it had been a lucky draw after all. Her piece moved towards a new spot: The Fields of Ghiaron, which were within the Eastern Kingdom.

She took a last look of her friends’ faces as she disappeared within the board.


Millie closed her eyes during her surreal trip. She only opened them when she noticed she wasn’t moving anymore, and she saw she was standing in the middle of very open and grassy grounds, with some distant mountains.

Her change of clothes disconcerted her as much as the others’. Her ponytail was gone, letting her hair cascade over her shoulders. She had leather gauntlets, and her top had turned into armor… if the tiny piece she was wearing could be called that. It looked more like a metallic brassiere. It was what they called a breast piece, except she of course didn’t have any breasts, so it hung loose on her.

Strangely, her very modern capri pants were still in place, which didn’t make a lot of sense. But then she started to transform and her attention centered on that.

Like the first two girls, Millie was aging into a grown woman. At the same time, she was growing to Amazonian proportions, as her bony little body became stronger and taller. Indeed, at first glance, her transformation didn’t look that much different from Charlene’s change into a Barbarian.

Except Millie was getting even larger. She was nearing the 7 foot mark by now, and her muscles were much more toned. Her female curves were also way more dramatic than her friend’s. Her breasts were getting enormous, around F-cups.at the moment. They were beginning to strain the chestpiece, and they felt truly wonderful to Millie.

Her face was very adult now, and a far cry from the sweet features she used to have. It was now severe and tough, with a strong chin and cheekbones. Her straight hair had become unruly, and the brown was quickly overcome by the formerly slight orange tint, until she was a very fiery redhead.

Her metamorphosis stopped momentarily and she looked down at her huge self in amazement. She then noticed she was dirty, covered by earth at places. Her right upper arm prickled and she noticed an injury: a great deep cut.  For a while, she wanted to panic, then she realized the pain didn’t bother her, but actually felt elating.

Millie wanted to explore more, but then her muscular legs started to shake, and she knew she wasn’t done transforming yet.

Her legs got even longer and shapelier. Then, her already big behind became more rounded, before sprouting a long, bushy tail. Her carpi pants couldn’t hold it anymore, so they exploded into shreds. She didn’t need to cover her modesty, though, since her skin was now covered by short and glistening reddish fur.

Her feet then turned into hooves and now Millie’s limbs have been completely replaced by the hind legs of a horse. They stretched further behind as a complete mare’s torso formed in between, then the forelegs also grew and her changes stopped for good this time.

Immediately, her large proportions make sense: she’s is now the proper size to connect with her animal lower body. From the waist up, she’s a huge and savage-looking, but still human woman. Dow there, she has the body of a very powerful chestnut horse: Millie had become a centaur.

She tested her four horse legs. They felt strong, even stronger than her Amazonian upper body. She smirked. This is great. She felt potent. Then she realizes she has an impressively big sword and an axe on each hand. 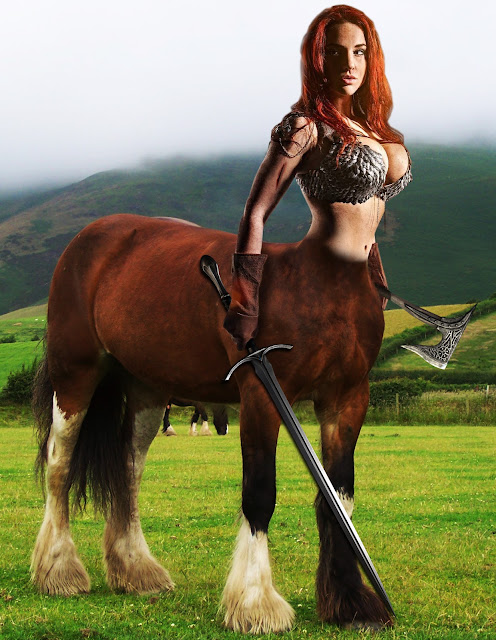 “Oh, I wish my school bullies were here,” she thought with ferocity.

She hears galloping behind her. Another centaur was riding towards her. This one was male: his lower body was that of an even bigger black horse, while his human part was ripened with muscle and battle-hardened. He looked amazing to her.

“Captain Millie” he said in a deep voice and a guttural language. “I see your mission was successful. We shall go back to the herd to tend to your wound. Our herbs will take care of it in a minute.”

“There’s no hurry,” she answered in the same language, her voice almost as deep as his. “I shall wear this wound proudly. My pain only strengthens me.”

The other centaur bowed his head reverentially.

“You’re a fierce soldier, my Mare,” he said. “You make me honored to be your Stallion.”

Whatever that meant exactly, it pleased her. Not that she would smile at him. She felt serious and haughty now. 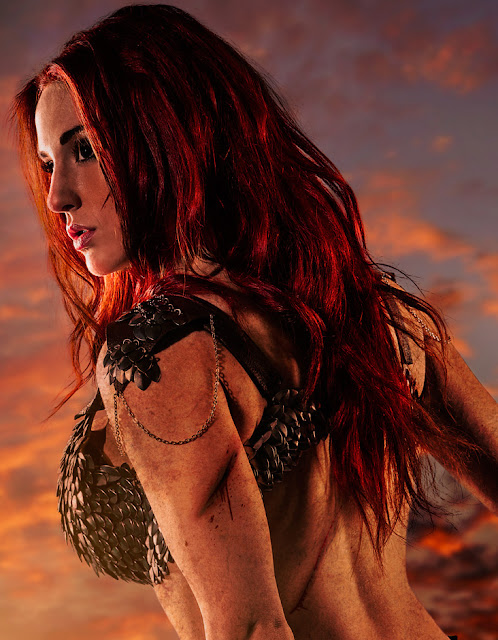 She wasn’t sure what to expect when it came to centaurs’ dwellings (maybe a large stable?), but it turned out they inhabited the caves at the foot of one of the distant mountains she had seen before. It was a long way from where they started, but her new legs took her there extremely fast.

Other centaurs regarded her with as much respect as her Stallion mate. She was a Guard Captain, which was the highest honor among her race, and as such she was a renowned fighter in these lands. 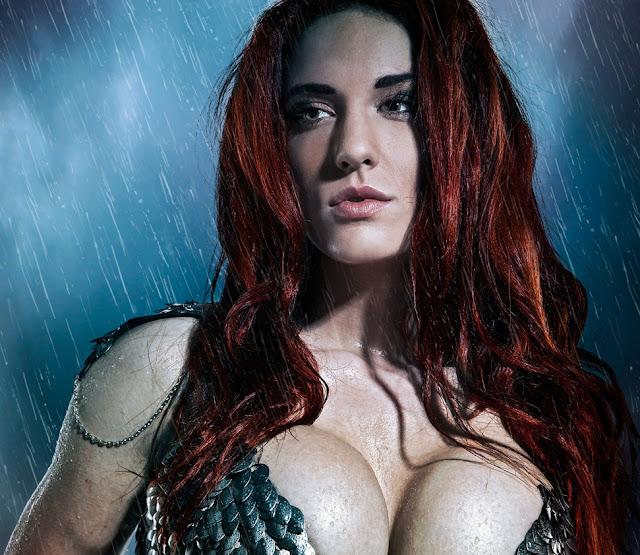 For centaurs had always been warriors. But unlike minotaurs, orcs, and other warmongering peoples, they only killed for just causes. So they had become protectors of the realm, which meant that Millie and the other centaurs of Ghiaron had the whole Eastern Kingdom under their care.

Luckily for their aggressive impulses, there wasn’t a shortage of enemies for centaurs to behead. Millie herself killed with ease a dozen of them during her first five days within this universe, and she felt no remorse whatsoever about it. 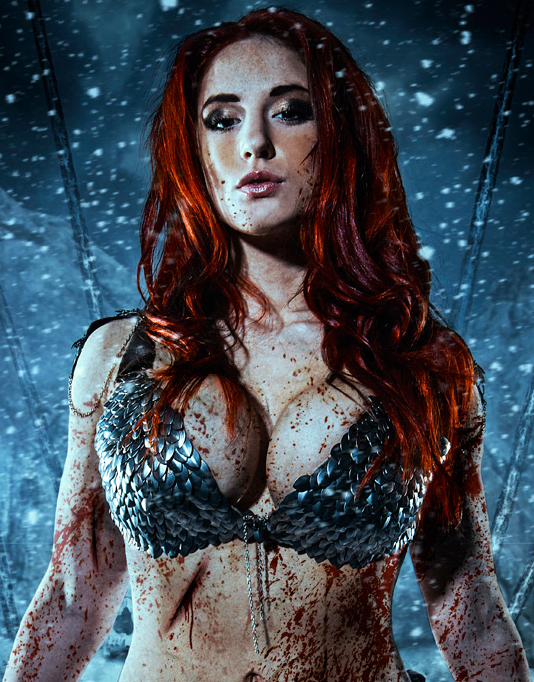 She had discovered that as a centauress, she had a very different personality. She had become forceful and passionate, and it wasn’t only as a warrior. Her whole self was ferociously hot-blooded.

Millie had no idea how sex as a human felt, but being mounted by her Stallion was intense, almost as exhilarating as battle. 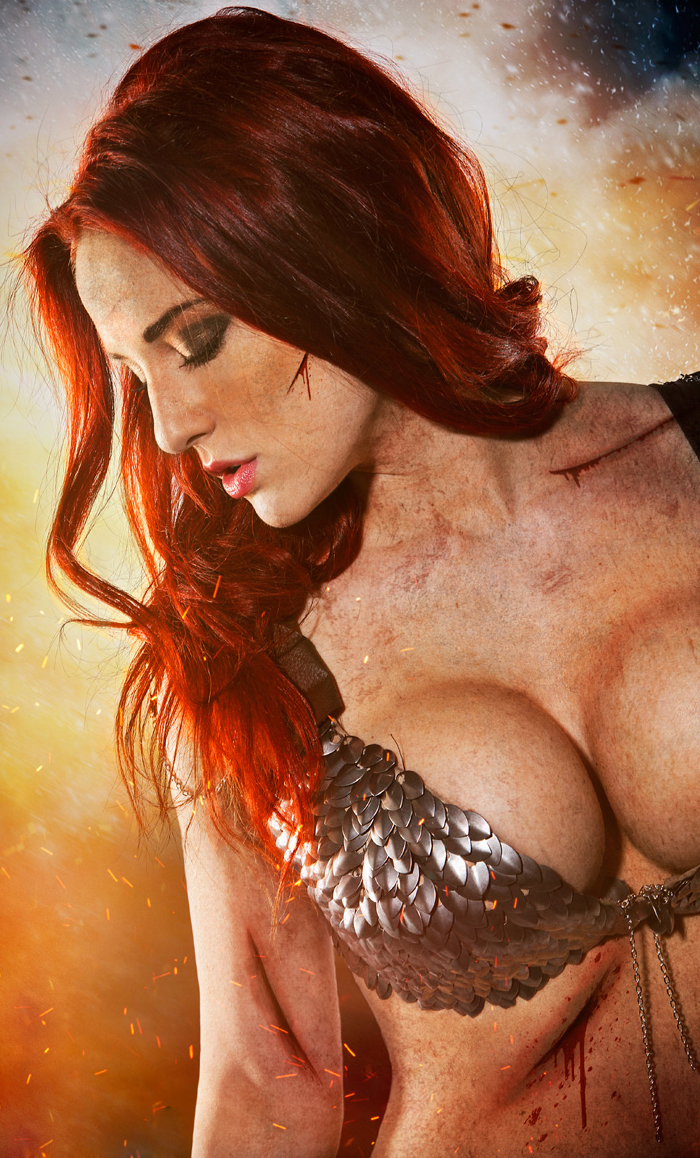 That’s why she was so pleased when she told him about her intentions to leave for Castle Ivory and he said he would go with her. She would have to resign her duties as a Guard Captain, but there would be no shame since she was on a honorable quest. And as her Stallion was bound for life to her, he would remain at her side.

The Eastern Kingdom was quite far from Castle Ivory, but she knew their gallop would take them there at a good pace. She wasn’t scared about the dangers ahead either. Since her transformation, fear had become a foreign concept to her. There was only powerful courage rushing through her veins. She was unstoppable now.