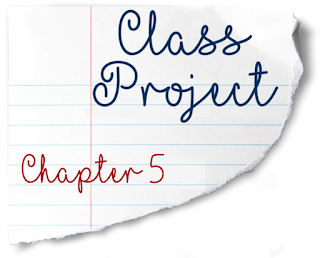 It was not too hard to overlook Annabelle (or Annie as they often called her) among the other girls in her class, particularly since she actively seeks to avoid attention. ‘Shy’ was too mild a word to describe her. She was the kind of girl who be mortified by having too many people look at her, whether with good or ill intentions. She simply did not handle being in the spotlight well. It didn’t help that were people like Brianna to lay her low with a cutting insult if she stood out too much. She barely had anyone she could call a friend. 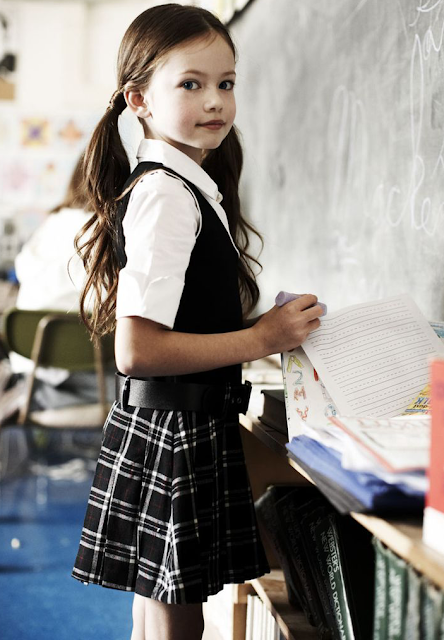 When the Double-Up project was announced, Annie was probably one of the few, if not only, kids who was horrified by the idea. The thought of growing up sounding petrifyingly scary. The mere thought of people paying attention to her adult body was almost enough to give her a panic attack. Not to mention the overwhelming anxiety of all the pressures of being a grown up, which she wasn’t certain what they were but was convinced that they would be horrific.

In all likelihood, Annie would probably have refused to take her Double-Up vial. But her mom, a chemist who worked at Prescott Industries, had specifically requested that she could be there to hand out the vials because she had anticipated Annie would react this way. Annie couldn’t refuse while her mother was there, but that didn’t do much to make her feel better.

On the way home, Annie’s mom tried her best to comfort Annie. “Look, I know it seems scary to grow up all of a sudden, but this is perfectly safe,” said Annie’s mom, “As long as you follow those rules, nothing bad will happen to you. Most girls would do anything to get a jump ahead like you’re getting.”

“But everyone will be looking at me,” said Annie.

Annie’s mom sighed, wondering not for the first time where this irrational fear of attention came from. Most kids are seeking some kind of attention, even for the wrong things. “Annie, you can’t be living your entire life in fear. A big part of growing up is learning how to face your fears and live your life without worry what other people think of you.”

Annie’s mom sighed again and said, “Maybe when Esther comes back today, she’ll be able to show you how to enjoy being an adult.” Esther was Annie’s older sister who was in college now, though the college was close enough to their house that she could still live there. Annie thought that Esther was the coolest and while Esther tried to be a good older sister to her, she found Annie’s shyness and near-cowardice more taxing than their mom did. But perhaps being near the same age will help them bond more.

Annie put off drinking the Double-Up until Esther got home. Esther may be relatively new to college, but she was adapting pretty well. She had already put a few dyed streaks in her brown hair, though she didn’t do anything radical like getting any tattoos or extra piercings. While Annie was nervous about using the serum, she wondered if she would be like Esther when she got big, which wouldn’t be something bad to hope for since Esther had a curvy body.

At their mom’s request, Esther took some time to talk with her little sister. “So, that stuff you got will make you twice as old, eh?” asked Esther casually.

“So you’ll be 22, well, I guess I wouldn’t mind having an older sister for a little while, if you don’t mind me showing you around,” said Esther.

Annie hadn’t thought of that before, how she’ll be three years older than Esther after she drank the serum. “Show me around where?” asked Annie, curious despite her nervousness.

“My college, you’ll be the right age to pass for a senior and we just tell people you’re thinking of transferring there,” said Esther, “You won’t have to learn anything in the classes, it’s a pretty fun place. Gonna be a couple of parties this week where you can see what it’s like to be a college girl.”

That offer did sound really good, but there was one part that Annie dreaded. “But people will be looking at me,” she said nervously.

“Oh, you’ll blend in fine. No one’s gonna pay attention to just one girl among a hundred. You’ll be fine, trust me,” said Esther. 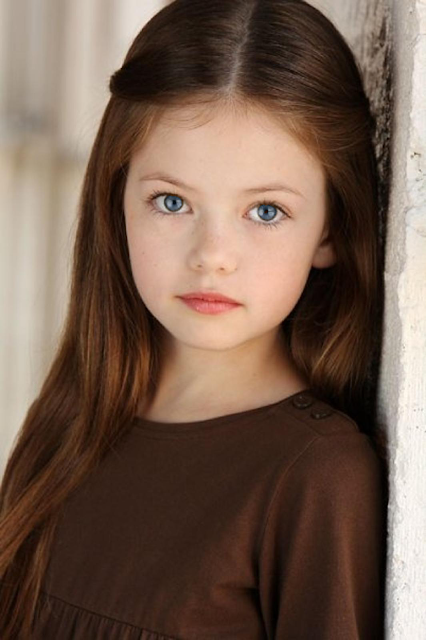 “Great, you can borrow my clothes after you get older, but I think Mom has a big sweater you can wear for right now,” said Esther.

While Annie was able to work up the nerve to drink the Double-Up, it was a little too much for her to do it in front of her mom and sister. So she was in her room with the vial wearing nothing but a large striped sweater from her mom and some elastic panties that ought to be able to stretch out to match her growing frame.

Still, the opportunity to chicken out was strong on her mind. While her mom and Esther were encouraging her, she didn’t think they’d be mad with her if she couldn’t go through with it and she wouldn’t get a bad grade for it, right? But her curiosity and her willingness to please her family was just strong enough to overcome her reluctance. She drank down the Double-Up quickly, kinda liking the sourness until the bitter aftertaste appeared.

But the taste of the serum wasn’t important for long as she could feel herself getting bigger. She looked down as the sweater that went past her knees started to rise up as her height increased. Her panties soon started to stretch out to keep up with her body. Annie gave a little gasp as her nipples pulsed before they started sticking out. She was a bit surprised when she felt the mounds under them starting to form. She wasn’t expecting them this soon, though it was not so easy to tell they were there under her voluminous sweater.

However, her breasts came increasingly more noticeable as she grew up and up. Her arms were making their way through the sleeves before they popped out with longer and daintier fingers. Her sweater was pulling up her legs pretty quickly as they started filling out. What was concerning Annie was that her breasts kept growing, which was starting to make her feel more uncomfortable. “Ok, slow down, please stop,” she said with her teenage voice as she tried to push her breasts in, though all that did was make her shudder as the delightful sensations set in. She couldn't suppress a pleasurable laugh. 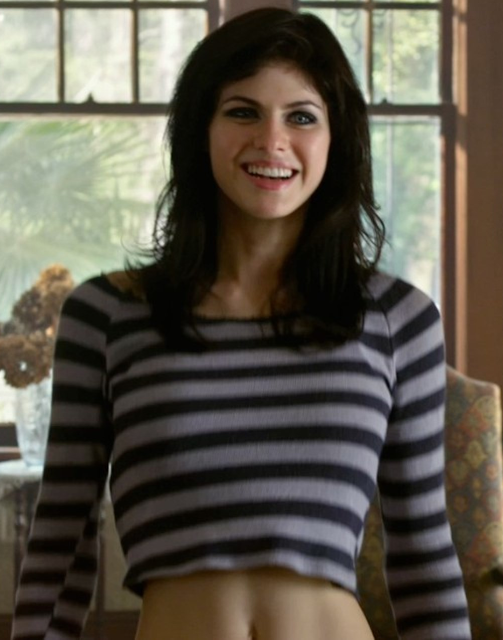 Soon her sweater went from cloaking her body’s form to showing it off as the largeness of her breasts became ever more apparent under the sweater. The sweater’s bottom was pulled up to her waist by the space her breasts were claiming. That made it easier to see that her hips and ass had also inflated to considerable size, actually starting to strain the panties she had been given. “No more, this is too tight,” moaned Annie, her voice deep and sultry now.

Fortunately for her, the serum had run its course and Annie felt her growth come to a stop. However, the tightness of her sweater and panties was making her feel really uncomfortable. She wasn’t sure if she could pull them off by herself so she went to find her mom and Esther for help. 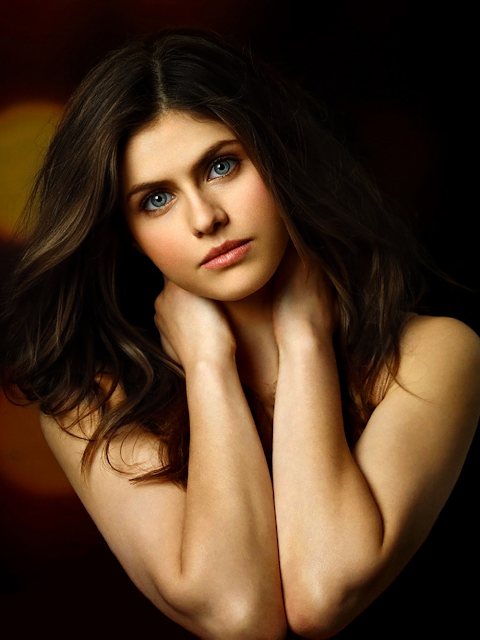 Esther and her mom were rather surprised to see how Annie had turned out after her growth. Annie had become much bustier than either of them, apparently being qualified for D cups. Her booty was also considerably larger than either of them, but Esther was confident a few of her clothes would do the trick, and maybe she could find a couple of appropriate brassieres somewhere.

So Esther picked up some short pants and a simple top that ought to be comfortable for Annie to wear around home. Esther knew better than pressing her sister into going out so soon.

Annie took the clothes but she didn't put them on immediately. She had sweated a good deal during her transformation, and her sweat had a different smell than it did as a child. The pamphlets they had given her at school had warned her about that. 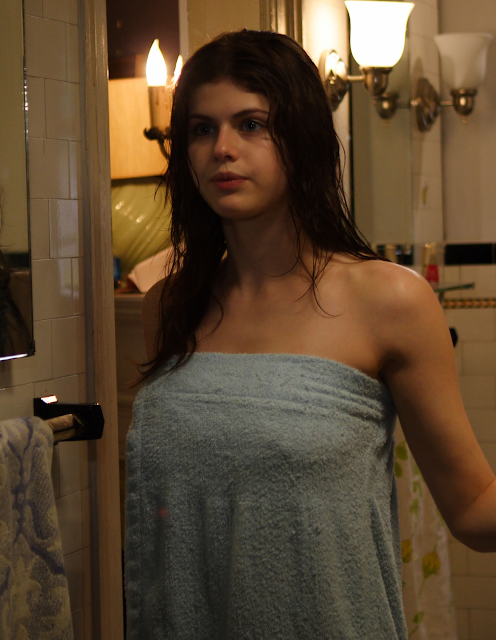 She took a shower, which had been quite a different experience from her usual ones. For one, she had to adjust the height of the faucet, since it bumped on her head now, and there was also the fact that the water kind of pooled between her large breasts and then cascaded around her. Also, when she got out, her towel didn't cover a great deal of her body and it tickled her nipples, causing them to enlarge and poke trough the material.

Despite their size, youth kept Annie's breasts firm and perky, but she was already hoping her sister could indeed find her a proper underwear, since being bra-less was a bit more... wigglier than she was comfortable with. In the end, she decided in favor of using one of Esther's brassieres.Even though it constricted her boobs, and they overflew over the cups, at least they were kept from bouncing. She also had to admit the overall sensation was more pleasurable than painful.

Other than that, the clothes were good enough. The top was very loose on Esther and even on her, with the expected exception of her chest area. The shorts were quite tight around her crotch and shapely derrière, but it was so soft it didn’t matter. She put her hair on a simple bun, as she usually did at home, and sat at her room to reflect about what had just happened to her. 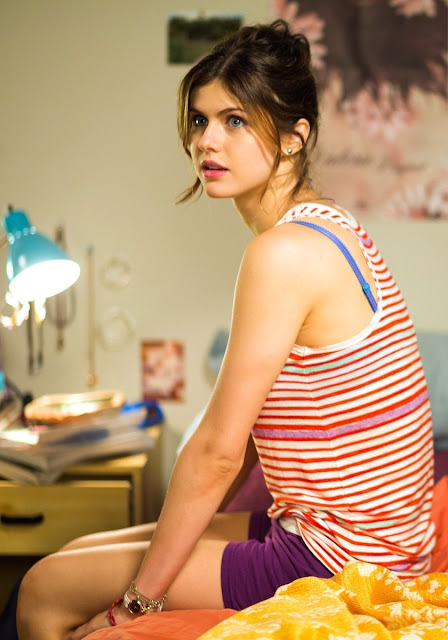 While Annie had a body that was undeniably gorgeous and abundant in curves, it brought her more worry than pride. She was certain there would be too many people staring at her now and the only clothes of her sister’s that came close to fitting were quite revealing. They’ll have to go to the mall soon and Annie felt like she was on the brink of freaking out. How would she be able to avoid attention as an overdeveloped 22 year old woman?


CLASS PROJECT INDEX
Posted by The Planet of the AP at 8:22 AM