Except for the menstrual annoyance, Felicia’s first weeks as a girl were quite pleasant. She was learning a lot about being a girl, and she was spending a good deal of time watching tutorials on Internet about everything he needed to learn, from makeup and hair to hygiene and poise.

Though Ben had been helpful and lent her a hand every time she needed one, he was quite busy these days. He had never had a girlfriend before, so Annika was occupying most of his time. In fact, since both of them were still going out alone a lot at this stage, Felicia and Carina had started a close bond of their own, which had started by the fact that the two of them were constantly poking fun at the new love birds.

They were quite chatty together, and Felicia enjoyed playing video games in Carina’s PlayStation, and she had also started practicing her hair grooming skills with her older roommate, who so far had enjoyed the results. 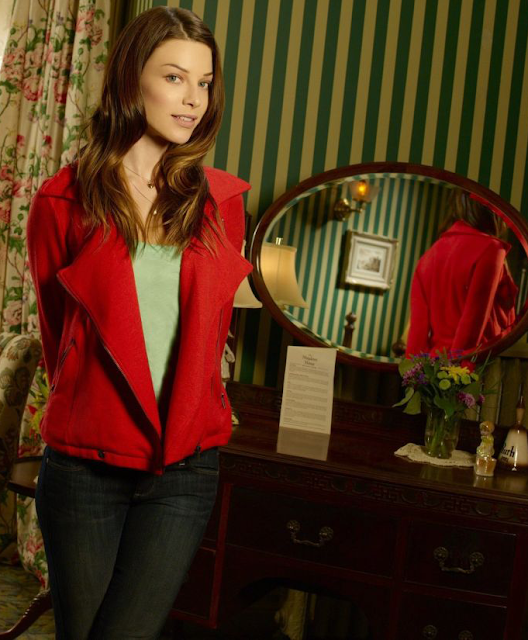 “I like it,” said Carina after examining her hair in her dresser. “Are you going to try something similar?”

“You finally start your classes tomorrow, don’t you?”

“Don’t be! I’m pretty sure you’re going to do great. You’ll be a famous fashion designer in no time.”

Felicia wished she could believe that, but the truth was she was planning for a future she didn’t even knew if she would have. For all that she knew, she could wake up as a guy any morning. And the thing was that she was so comfortable with who she was now, that she wished it wouldn’t happen. Not to mention Ben, who was happier than ever.

But, a week earlier, there had been a development that had hinted towards the permanence of their new genders. After days of pretending they couldn’t communicate properly with their families, Ben and Felicia had finally gathered up the courage to speak to them.

They had considered a few options. At first they thought Ben should pretend to be the old Ben, who had started getting buff after a few says at the gym, while Felicia pretended to be the old Felicia after a radical make over. But even with her glasses, Felicia didn’t look one bit like her cousin had, nor could Ben convincingly portray the former one, no matter how baggy his clothes were.

So they had tried to come out with the truth. At least until their parents didn’t seem to notice anything abnormal with them. Old Ben’s parents appeared convinced that they always had a pretty daughter named Felicia, while the opposite happened with the other family, who were quite proud of their athletic boy.

“It’s so weird,” said Ben the next time he saw his cousin. “My father even asked me how I was doing with girls. He was very satisfied when I told him about Annika.”

“Yeah, and my parents are so sweet with me now, and they approve of their daughter becoming a fashionista.”

This had made everything easier to accept, and harder to think it could end. Which was why they had decided to make the most of their current situation.

Felicia had fully accepted her femininity. She had started dressing in the more girly things her wardrobe had to offer, and in fact she decided that was the first impression she wanted to give once she started at her new school.

She picked up a long sleeved white blouse and one of her many tight sweaters, a gray one. She also had leggings and a plaid skirt, along with high pumps. 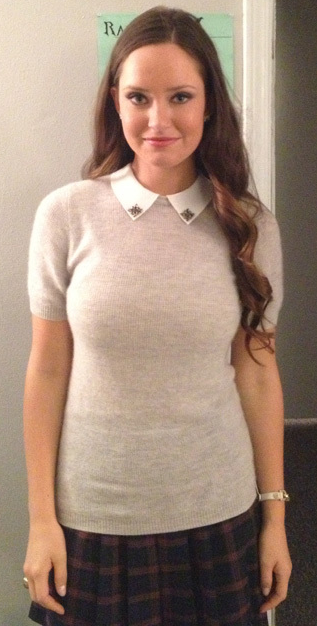 “You look so adorable” said both of her roommates when they saw her next morning. Felicia smiled, silently agreeing. The fact that she hadn’t been born in this body, gave her a better appreciation of it than she would otherwise have, so there was no need for self-modesty. She knew she was looking very attractive, and loved the way that her round breasts looked inside tight clothing.

Felicia’s first day as a fashion student was everything she always dreamed it would be. The classes seemed really cool and her classmates, almost all of them girls and some very pretty, were mostly pleasant. In her new skin, she found it much easier to be sociable, and indeed she gave an approachable vibe that made her immediately popular among her peers, something that had never happened to her when she was Ben. In the short break between classes, she already had exchanged phone numbers with most of her classmates.

If life as a girl was going to have these perks, she was sure she could withstand the monthly displeasure.