“Can you please turn off the air conditioner?” asked Felicia to the taxi driver. “It’s really chilly here.”

The driver turned it off, even though he thought it was warm enough. He was accustomed to crazy foreigners who thought it was always too cold or too hot.

The trip to the hotel was over in little more than five minutes, and the people from the small l hotel helped them carry their luggage to the room.  Once inside, both of them sat in the armchair and sighed tiredly.

“Why is it so cold in here?” asked Ben in frustration.

“Yeah, it wasn’t supposed to be like that yet. Anyway, maybe we should order something warm to eat.”

Felicia stood up and so did her cousin. She looked at him dumbfounded.

He could see what she meant. She didn’t look as tiny to him as she usually did. In fact, she now was only a couple of inches shorter than him. He looked down at himself in horror, but he was pretty sure he hadn’t shrunk at all…

“No, I think YOU grew.” Indeed, her clothes looked somewhat tight.

“Oh, my God!” she seemed close to freaking out, but somehow she remained calmer than the situation demanded.

“Do you want me to call someone?”

“No! Maybe we’re just too tired. Jet-lag, or something. We should wait.”

Ben nodded and looked at her nervously. She suddenly yelled and she took out her brassiere out of her sleeve.

“They don’t seem to, but my back got definitely wider. Hey, I’m taller than you now!”

“I still think we should call someone,” said Ben.

“And tell them what? They could take me away and...” she stopped and looked at him in horror. “I think something is happening to you too!”

“What?” he ran towards the mirror. He didn’t seem to have become any bigger or smaller, but there was something different about his overall appearance. He looked more… delicate.

His features were softer and his fingers daintier. His arms even looked almost hairless.

“We should calm down!” Felicia said, coughing a bit.

The slow changes didn’t seem to stop. About three quarters of hour later, Felicia had grown so much, Ben’s head would only reach her shoulders. Her clothes actually started to rip a bit and she asked him to let her wear one of his shorts and shirts. She took them and entered the bathroom to change.

Meanwhile, Ben brushed a strand of hair out of his face. It had grown a few inches longer.

Felicia came out of the bathroom suddenly, and Ben realized she was completely shirtless. He looked dumfounded at her totally flat chest.

“They’re gone!” she said in surprise. “I think I know what’s happening to us. I’m somehow becoming a guy, and you…”

Ben looked down at himself quickly and grabbed his baggy clothes. He wasn’t shorter, but his body was definitely slender now. His back was narrow, and he could swear his waist was even more so. On the other hand, his hips had flared out just a bit.

“I… I think you’re right.” He said. He also was much calmer than he would have thought. He supposed he believed it was a dream and he was going to wake up soon.

He looked up at her and was surprised to see some stubble growing on her face. More hair erupted suddenly in her arms, legs and chest.

It was Ben’s turn now, and as he felt an electrifying sensation in his chest, he knew breast tissue would be forming shortly.

About another hour passed and they hadn’t changed much more. It seemed like the changes were much slower than they thought at first. Dawn was a few hours away.

“I know we’re still changing, but we need some rest. We need to figure this thing in the morning, before our car arrives. We can sleep in turns, about an hour each,” proposed Felicia. “You go first.”

Ben nodded and he felt the movement of his now shoulder length brown hair. He took a last glance at his reflection. His features were much more feminine, and he was just a bit curvier. Before dropping into the bed, he covered himself. He was still feeling very cold.

During the following hour, Felicia experienced more changes, mostly centered on her muscle mass. She was becoming very muscular, and she looked like a very masculine woman, though her facial features had become so mannish by now, she could actually pass for a long haired boy.

Once the hour had passed, Felicia approached to her cousin’s bed. She gasped. He could also pass for a girl now. His hair had grown much longer and his face was very girly, and actually pretty. His legs were totally hairless and somewhat rounded. She shook him a bit and he woke up. 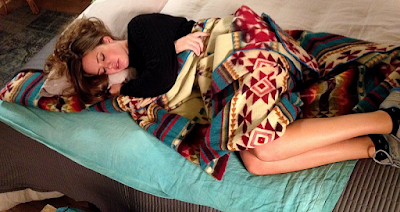 Ben opened his eyes to a surprisingly well-built man standing before him.

“Felicia, you’re beefy!” his soft hands went to his throat when he heard his feminine voice. His Adam’s apple was gone. "My voice!"

“I know,” said Felicia, her own voice now low and manly. “Mine appeared about ten minutes ago. Sorry, I can’t keep my eyes open any longer.”

Ben nodded and let her slip on the bed. He walked towards the bathroom to make inventory of his last changes.

He was also very surprised at his sweet-looking face, and he took his new mane on his hands, not sure what to do with it. He probed his underpants. It wasn’t gone, but it was very small now.

His feet had become so small he couldn’t walk in his shoes, so he stepped out of them, while his backside was sticking out tightly in his shorts. Just then, his collarbones popped out bellow his neck.

Ben remained the next hour there in front of the mirror, watching as his face changed just a tad more and his body curved a good deal. He was almost done, he thought, and he felt a shifting down front. 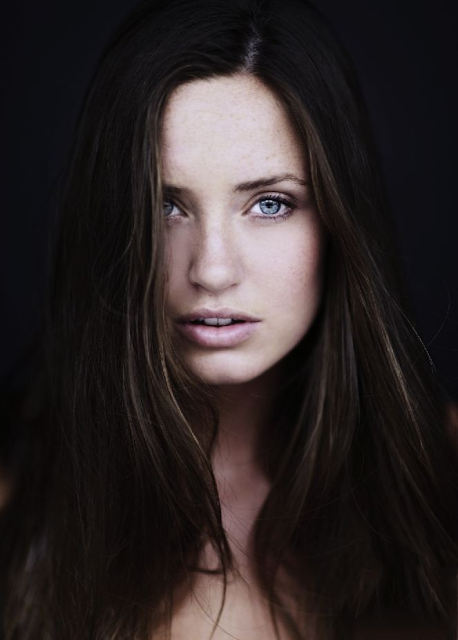 Just as Ben was losing his, Felicia was awaken by the sensations of her new male equipment developing between her legs. It was an exhilarating feeling, and she had to lower her big hands to adjust her tight underwear.

She had grown even bigger as she slept. Her pectorals and abdominal muscles were bulky, and she flexed her large biceps. She was completely transformed by now, she guessed. Her hair was short now, and she touched her very square and completely male face. She got up and managed to carry her huge body outside the room.

The door of the bathroom opened too and Felicia saw a very beautiful young woman walking out. Her erection became painful now. Clearly, she still liked girls.

“You look hot!” she told her formerly male cousin, who flushed. “I mean... you got very pretty. Wow, your eyes are beautiful…”

“Yeah, I guess so, but they look much prettier now that they’re a different shape, and you’ve got long lashes, and…”

By now, the sun had come up. They knew Sean would be arriving in his car in about another hour. Sean was Ben’s new roommate, who had offered them to pick them up at the hotel.

“Okay, we need to know what we should do. Clearly we can’t tell this to anyone,” said Ben.

“You agree with me now?”

“Yeah, you were right. How can we explain this? Who knows what they could do if we arrive to a hospital, or…”

“Maybe we should just wait and see if this wears off eventually… I don’t know, Felciia.”

“Don’t call me that in public. We should pretend,” she pointed.

“Ok, you should be Felix and I can be Ben… er… Beth, or something…”

“No, wait!” Felicia just had a crazy idea. “We don’t know anyone here. But there’s a few people expecting a Ben and a Felicia…”

Ben looked at her. She had a point.

“Once Sean arrives, I’ll be Ben. We introduce you as Felicia and you go and live with my roommates. Then I start at your university next week and you enroll in my Fashion classes, as you always wanted!”

Suddenly, Ben thought his whole change of identity wasn’t bad at all.

“Unless we change back,” he pointed.

“We’ll see what to do if that happens. But if it doesn’t… we need to know how to blend in, and this is the only way I can figure.”

The boy turned girl nodded once more, this time convinced.

“We shall go through our baggage, then. Take this we can still use, but exchange the rest.”

“Yeah… Though your clothes are too small for me,” the new Ben said.

“And yours are too small for me,” the new Felicia said, holding her chest out.

“34C,” he nodded, looking at his tight shirt with professional eye. “Yeah, my bra won’t fit you.”

Felicia wasn’t familiar with the contents of her new luggage, and there wasn’t much time, so she just picked up a few things from the surface of one of the cases.

Since she was still the same height than her former male self, but the old Felicia had been very short, the pants were simply too small. She wanted to wear something less revealing than leggings, but they were the only stretchy things she could wear. Most of her calves showed, and it was very tight across her hips and backside, but at least they fit, unlike the jeans she tried, which wouldn’t close in the front.

Luckily, the shoes were perfect for her small feet. As predicted, the bras were too small for her, but she found a stringy top that was snug enough to give her some support. She then put on a baggy sweater on top of it. She wasn’t still ready to show much skin. She tried to do something with her hair, but she simply let it fall over one of her shoulders. He obviously relinquished any kind of makeup.

Ben also chose the baggiest clothes there were, which were still quite tight on him.

They proceeded to buy a quick breakfast and check out of the hotel. Luckily, the people on the front desk weren’t the same as the night before and they didn’t notice anything was amiss.

Sean arrived punctually. He indeed seemed like a nice guy, and they tried to smile as much as they could despite the fact they were still pretty much in shock. 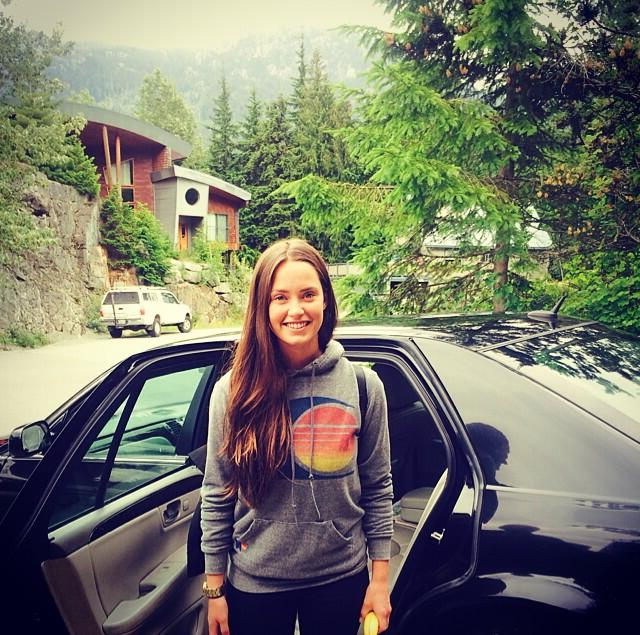 Felicia could see that the new Ben was quite happy to be taller than the other guy, and she let him ride in the front beside Sean. She sat in the back, surprised at just how different even something simple like sitting felt now.

“So, do I drop you at your new place fist?” asked Sean.

Felicia was a bit distracted and didn’t answer immediately, so Ben said:

“Oh, maybe we can take her with us first to see our place?”

“Fine with me. It’s practically next door,” shrugged Sean. “By the way, dearie, you should be wearing your seat belt.”

“Sorry,” blushed Felicia. She had always heard seatbelts were uncomfortable for girls, and he was about to find it out now.