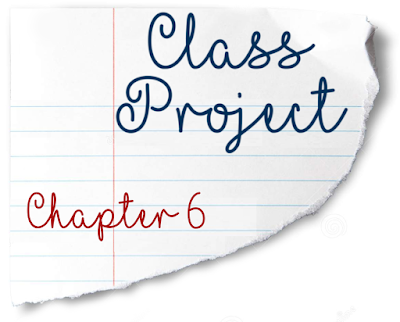 While most of the kids saw the project as a chance to have some fun and enjoy adult stuff, Carol saw it as a chance for something else: escape from her wicked stepfather. Well, ‘wicked’ might be putting it a tad strong, though Ivan Pavlov was not particularly supportive. There were several times where Carol wished that her mother hadn’t had to leave Philippines, that she hadn’t had to go to America, that she didn’t fall in love with Ivan and married him, that she made Carol change her own name. Maybe life in Asia would have been hard, but perhaps if her mother hadn’t left Philippines, she wouldn’t have been in a terrible car accident that claimed her life. 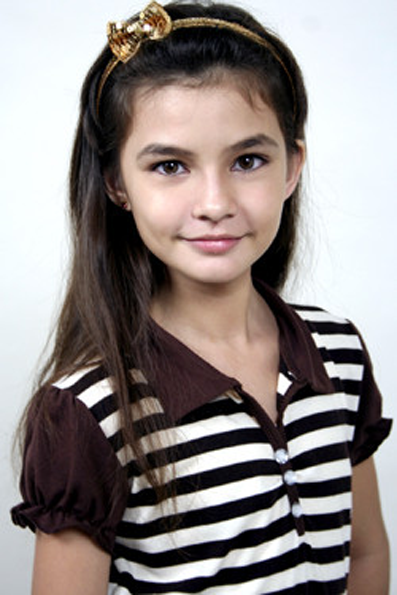 She didn’t think very highly of Ivan. She hated how he was always drunk now, she hated how he never let her go anywhere, she hated being called Carol Pavlov and having to learn the Russian language. If she could just get away from her stepfather for at least a week, she might actually feel happy for once. The fact that she’d be an adult was a bonus.

Carol waited patiently in line with the other kids, thinking up several different possible ways for her to get away from her home once she was all grown up. She also had a few thoughts about what she could do as an adult for a week, but she was more focused on getting away first.

When Carol got up to the line, the handler looked confused at the list he had. “Huh, that’s odd. Your name doesn’t seem to be on here,” he said.

“That must be a mistake,” said Carol, “A typo I bet. You can just give me my vial now.”

“Sorry, I need to make sure I’m giving it out to the right people. If you take one, you’ll be depriving someone else of their Double-Up,” said the handler as he checked the list again, “Hmm, that is odd. Well, Ms. Forth ought to still be in the building. I think she’s in the principal’s office if you want to ask her what the problem is.”

“Yeah, I better go do that,” said Carol before heading for the principal’s office.

“Actually, I wanted to talk to Ms. Forth about something,” said Carol.

“Yes? Do you have a question about the project?” asked Ms. Forth.

“Sort of. The guy who was handing out the vials said my name isn’t on the list and I think that’s a mistake,” said Carol.

“Well, we can check on that to see what’s wrong,” said Ms. Forth, “What’s your last name?”

“It’s supposed to be Pavlov,” said Carol, disgruntled by having to use her stepfather’s last name.

Ms. Forth made a discomforted look and said apologetically, “I’m afraid that wasn’t a mistake.”

“What do you mean?” asked Carol.

“Your father, Mr. Pavlov, didn’t give his permission for you to be part of the project,” said the principal apologetically.

“What? How would you know he hasn’t?” demanded Carol.

“Because Mr. Pavlov was the one parent whose child is enrolled here who did not give his permission,” said Ms. Forth, “He said you were far too young to even be thinking about sex ed.” Carol just stood there in shock, all her building excitement collapsing in on itself. “I’m sorry we can’t give you the serum, but we need to have the permission of a parent to let their child partake.”

“He’s not my father and I’m not his child!” snapped Carol, “And he’s not going to tell me what I can’t do anymore!” With that, she ran out of the principal’s office before either the principal or Ms. Forth could stop her.
Carol ran down the hall, her eyes stinging with tears. Why must Ivan keep her locked up? Why was he always putting her down? What did she have to do get away from him? Maybe she should just run away. She didn’t need that Double-Up to do that, even if it would have made it a lot easier. She wasn’t sure where she could go or how she’ll get by, but anything had to be better than living here.
She stopped next to the janitor’s closet to sulk and consider her next move. She hadn’t gotten very far when she heard the squeak of cart wheels. She glanced around the frame of the doorway to see two of the Prescott Industries chemists walking in her direction while one of them was pushing a cart with several bottles on it. Carol froze for a second with surprise before pushing herself back against the door to make sure she wasn’t seen.
As the chemists got closer, Carol could hear their conversation. “I mean, seriously. For all those whiney pencil pushers are whining about us not going by their rules, they mess up even bigger than we do. I mean, didn’t anyone double check before they filled up that order for all these vials? One little misread typo and now we’re overstocked,” said one of the chemists.

“Personally, I never got the point of these display models,” said the other chemist, “Why make a bottle twice as big as the required dose? I mean, I know it’s easier to see when you’re speaking from in front of a big crowd, but aren’t display models supposed to be empty or nonfunctional? Filling up that bottle is an even bigger waist than all these extra bottles.”

“Honestly, I wonder if we’re being managed by dodos,” said the first chemist.

“Yeah, hey, look, a snack machine. Want me to get you something?” asked the second chemist.

“Oh like you can ever get a snack machine to work for you. I’m getting myself something.”

“Fine, show me your trick.”

Carol was briefly angry about how the handler had lied about there not being any spare bottles, but the opportunity for this was too golden. She glanced around the corner to see the two chemists trying to get the snack machine to work. She sneaked over quietly and looked over the bottles, wondering which one she could take without anyone noticing a missing one right away. But then she noticed the larger display bottle. Twice the dose means it should last twice as long, right? That’ll give her even more time to get as far away from here as she could. Carol grabbed the display bottle and went into the janitor’s closet, locking the door behind her. 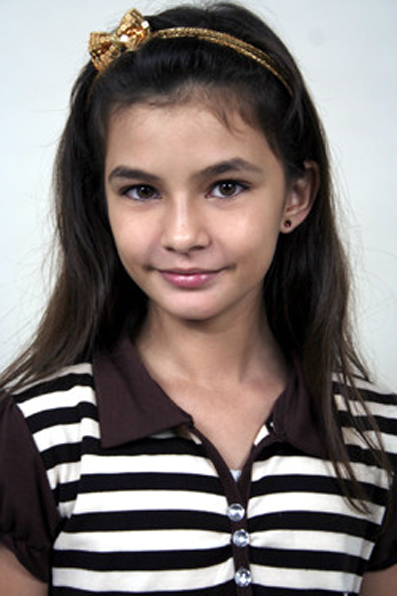 She looked at the bottle in her hands and one tiny little doubt went into her head. Could she really drink all of this? Wouldn’t she throw up or something bad happen? But that doubt was overshadowed by her desire to get away from her life. She opened up the bottle and started drinking it. She had to fight the urge to stop for breath or her gag reflex would kick in. Through sheer force of will, she managed to drain down all the serum.

She could feel all the Double-Up churning in her stomach and she felt queasy for a moment. Then it felt like someone had put a live wire to the stuff and the shock was quickly spreading over her body. She let out a gasp as she felt her body lurch upwards. It soon became apparent that she made a big mistake as her clothes quickly started restricting all over her body. She let out grunts of pain as her clothing started pressing into her expanding flesh.

Fortunately, the constriction only lasted so long before her clothes started being torn apart. Her shoes burst open as her feet expanded out, her toes quickly poking through her socks as they ripped apart. Her jeans were wrapped as tight as a vice before the seams debilitated as her hips and butts started to inflate. Her shirt shrank over her torso, cutting off her circulation and making it hard to breathe. The sleeves soon popped open but the main part of the shirt clung on until her swelling breasts made it explode. Her panties were still holding the fight as they stretched tight across her, sinking in to give her a painful wedgie. But eventually, they snapped too.

Carol took in a few gasping breaths, but growing out of her clothing wasn’t the end of it. She still felt the electrifying tingle all over as her body kept growing. Despite the disorienting numbness, she noticed she was getting pretty curvy. If only she was able to enjoy it instead of feeling she like was being shocked. She didn’t even bother to stifle her cries of discomfort and she didn’t even notice the voices outside the door or the knocking. Eventually, the shocking sensation died down and she felt like she was finished. She tried to get a good look at her adult body, but there wasn’t much room to maneuver in the closet.

Suddenly, she heard the door’s lock turning and she tried to cover herself as the door opened. Luckily, her hair had grown long and wild and did most of the job. Outside were both the principal and Ms. Forth. They were both surprised, but it wasn’t too hard for them to figure out who the naked half-Asian woman in the closet was, especially with the torn clothing and empty bottle on the floor. “Carol, I’m very disappointed in you,” said Ms. Forth.

Sometime later, Carol was sitting in the passenger seat of one of the government SUVs, wearing a borrowed set of clothing. She had always been close to her PE teacher, and when she heard what had happened she offered to help and gave her some spare clothes. It turned out they were about the same size, and she even helped into some make-up and trimmed her hair a bit.

She knew she was in big trouble, but it seemed to be worth it to her. There was no antidote to the Double-Up formula other than to wait it out. The problem was that Carol might not have as much time as an adult as she figured. She had expected the serum would make her a 22 year old for two weeks, but by subtle indications such as the texture of her skin and such, she had aged to a 33 year old instead.

But Carol was grateful that she looked good for someone in her 30s. She probably looked as good as her other classmates will be, only have a more mature appearance. Her aged appearance might only last a week like the others, but that would still be enough time away from her stepfather.

Or so she had hoped. Ms. Forth was pretty upset about Carol stealing a bottle of Double-Up, the double-sized display bottle no less. She made it clear that while Carol hadn’t officially broken any laws, she would be punished for this. But Carol wasn’t about to take this lying down. She was determined to get away from her stepfather no matter what it took.

CLASS PROJECT INDEX
Posted by The Planet of the AP at 5:04 AM