Violet got up from her chair when she heard the knocking on her door.

She had been expecting it, but she still gasped when she opened the door to a very adult woman who was looking down at her with eyes she knew very well. The rest of her, though, wasn’t familiar at all.

“I did it!” whispered the woman.

It was a tradition that kids who shortened their names would use their full ones during their week with the Double-Up.

Regina blushed a bit and took the compliment as a good sign, coming from such a gorgeous girl as her sister.

“Thank you. I’m quite happy myself.”

“Did you show mom and dad?”

“No, no yet,” explained Regina. “I wanted to get into something proper first. You see… I need a bra.”

“Well, come inside! Let me look at you. Why don’t you take out that dress?”

“Come on, you shouldn’t be ashamed!”

Slowly and shyly, Regina pulled down her shoulder straps and let the dress slid to the floor. She felt very self-conscious standing there in only her tight panties, her large breasts hanging free while her sister examined her.

“So you did get quite big after all, uh? Disappointed?”

“Uhm… no,” admitted Regina. “You were right, they feel quite good.”

“You didn’t get as huge as I did, of course. You’re taller than me, though.”

“That’s almost as tall as dad, then. Well, as I was saying… you might not be as busty as my future self, but they’re quite big anyway. Borderline Ds, I guess. I think my current bras will work perfectly on you, but you were right. Mom’s were out of the question.”

“You can pick anything you want. And you should take some panties too.”

Regina had some real fun trying on Violet’s underwear. She had been right, and their current breast sizes seemed to be quite similar. 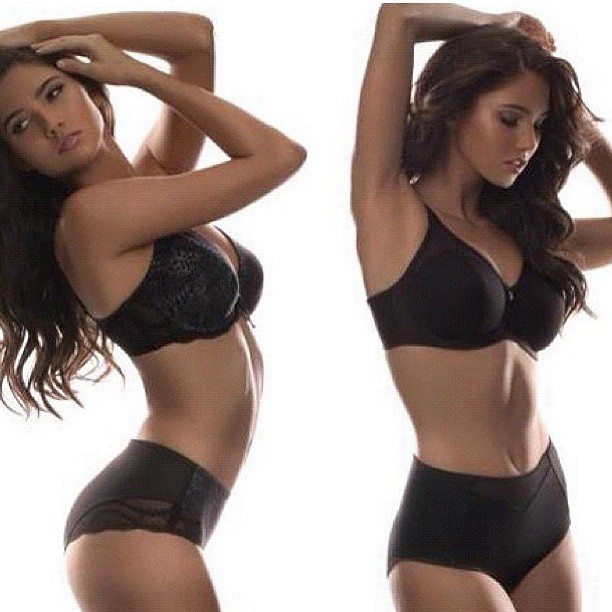 Regina favored black pieces, and she thought she looked great on lacy and silky ones. Violet even took a few picture, and the new woman didn’t feel silly at all as she posed seductively, which was a testament to how sexy she felt at the moment.

“But try these other colors too. I bet you look very cute on those too,” suggested Violet.

Regina knew there was not a very good reason to keep trying on clothes, but Violet was still humoring her. She probably knew this was doing wonders for her self-confidence. Indeed, the transformation that was happening inside her was as amazing as the one the Double-Up had caused outside. She now was feeling like a woman beyond the physical.

“So, there’s also another matter we should discuss…” said Violet, showing her a box of sanitary napkins. “You should have your first period by tomorrow or so, but some girls are early, so we should be careful even today. I don’t think you’re ready for a tampon, but these will work just fine.” 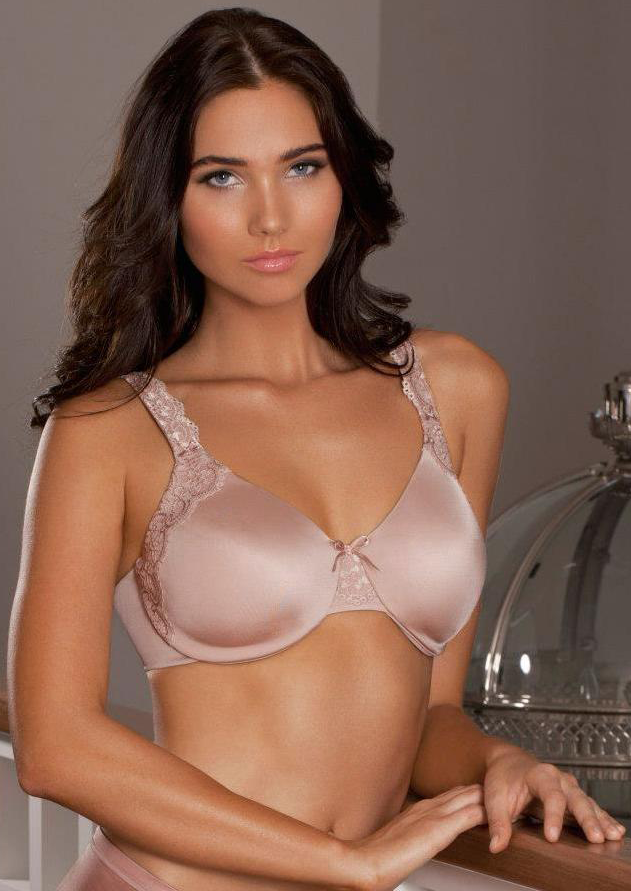 Regina blushed a bit, but she had been about to brought the theme herself. She accepted the package and went to the bathroom to put one on.  Once out, she realized how much time had passed. Her parents had given her time, but they were probably starting to worry.

“So, what kind of thing should I wear to my first meeting with mom and dad?”

“Well, you might want to try something cute. Something that showcases your innocence instead of your sexiness. Remember you’re still their little girl, and this might be more shocking for them than even for you. I remember how stunned they were when they saw my exposed cleavage…”

In the end, they chose a pink and flowery button-up blouse and a blue pleated skirt with a belt. It was indeed a girly and innocent-looking outfit, but it also displayed her shapely legs and the size of her breasts.

“This is the perfect combination,” approved Violet. “You look quite wholesome, but you’ll also let them know you’re a woman now. I think a bit of pink lipstick…”

Violet found her parents sitting outside the house. They seemed quite impatient.

“Violet!” said her mother. “Have you heard about Gina? She asked us for a little privacy, but it’s been about a couple of hours and she’s still up there.”

“Actually, Regina just transformed a while ago,” smiled Violet. “I was helping her dress-up.”

“More than all right. She turned out beautifully. Regina! Come on out!”

Slowly, Regina strolled out the house. She was very self-conscious as her parents eyed her head to toe. Regina sat outside with them for a while, answering their questions, which luckily were quite discrete. She felt much more at ease discussing her change with Violet, maybe because she had also been through it.

After a while, Regina returned speedily to her room, carrying a good-sized package of Violet’s clothes to use for the next few days. She closed the door hurriedly. She wanted to report with her friends so that they could see she had gone through the process and hadn’t chickened-out.

She thought she looked pretty hot in her current getup, but unlike with her parents, she didn’t need to be modest with her friends. After all, Lauren hadn’t been when she had sent them those pictures of her butt, which she obviously considered her best feature.

Regina considered what would be her own beast feature. Her legs and posterior were in great shape, possibly on the same league as Lauren’s, but she didn’t want to upstage her friend. She undid the buttons of her blouse and looked down at her torso. She had an incredibly fit stomach, probably more athletic than any other she had ever seen, but her attention was immediately centered on her sizeable breasts.

She found quite a few low-cut tops among her sister’s things, and she quickly put on a white one. She adjusted her breasts before taking a selfie.

Regina sent it to both her friends along with a voice note. 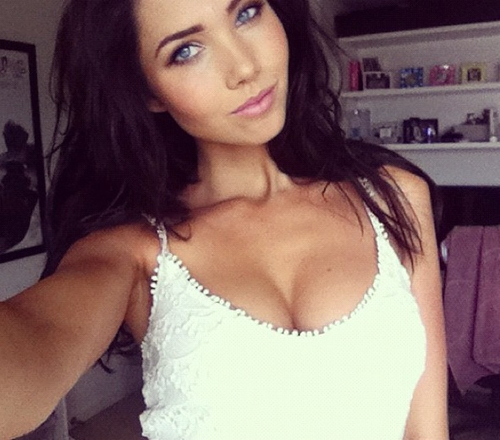 “Had a few changes of my own. Do you guys like the new me?” she asked, using the sultriest intonation she was able to manage.

The reactions were prompt. Lauren was first.

OMG! G, you look awesome! Where did you get a body like that?

Well, haven’t you seen her sister? You’ve turned into a babe, Gina.

I’m going by Regina at the moment. So, what are we going to do next?

Well, tomorrow we’re supposed to gather at school late in the morning, aren’t we? Wrote Lauren.

We should see each other before that. Girls, why don’t you come to my house early tomorrow and we can talk for a while, and stuff? Then we can head for school together.

Lauren and Regina agreed and each of them went back to their self-discoveries.

CLASS PROJECT INDEX
Posted by The Planet of the AP at 5:41 AM