Eliminating the Competition (Part 4)
by BLZBub 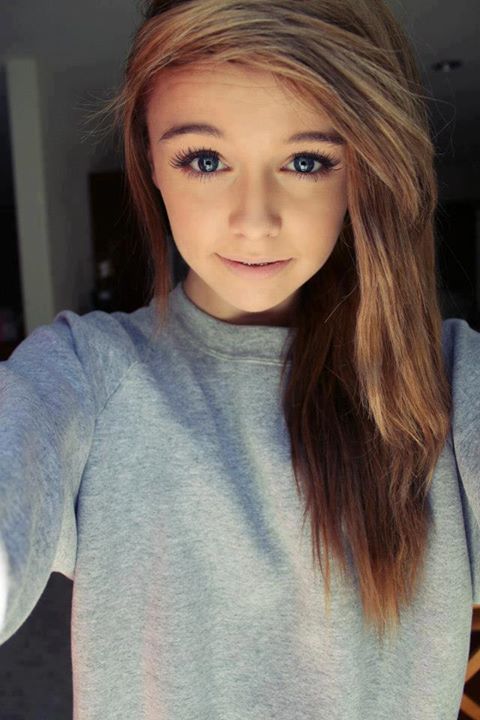 While Cindy cared a lot more about her brains than the way she looked, she couldn’t resist using some of the stored features from the other girls to improve her appearance. Not needing glasses anymore was certainly a perk and bumping up her age a few years will make it easier for other scientists to take her more seriously.

But she wasn’t just going to let her prettier face get her respect. Uploading the collective intellects to her brain wasn’t going to be as simple as pointing the gun at herself. She could fry her brain if she wasn’t careful about this. It was going to take more sophisticated machinery to upload all that brainpower safely, but Cindy had plenty of material to work with.

Soon enough, she had constructed a chamber in her lab that was connected directly to the quantum distributor database. Once inside the chamber, the machine will insert all of the stolen intelligence into her head with overloading herself. She’ll become a true mega-genius and be on the fast track to recognition and glory. The one minor problem was that she wasn’t able to install the controls of the machine inside the chamber itself, not enough room or access for wires. But that was of little consequence. She had someone who will operate the machine from outside. 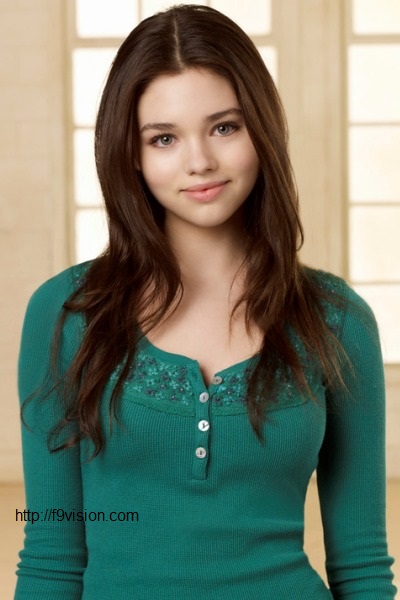 Susan was Cindy’s older sister, though by less years than before. She was a pretty smart girl, but she was not nearly as brilliant as Cindy was. She was also far humbler and that made it easy for Cindy to boss her around despite being the younger sister. Susan was often dragged into being a lab assistant for various projects and rarely received anything resembling gratitude for her work.

So Susan wasn’t that surprised to be dragged into her sister’s lab to do some menial work. But she was rather surprised at what Cindy was planning this time. Cindy boasted quite often, but what she was talking about was rather shocking. Turning her classmates into bimbos and then planning on adding their stolen brainpower to herself? It sounded like something out of a sci-fi magazine, but Cindy did not sound like she was kidding.

“And once I’ve established my place as the greatest scientist in the country, I’ll be able to move on to bigger and better labs with a whole crew of assistants. So you won’t have to worry about doing any more tasks that are almost too advanced for you,” said Cindy condescendingly.

“Why can’t you just set a timer so you can get into the chamber after the controls are set?” asked Susan a bit bitterly.

“A timer, how droll. Why should I bother with something that could overcomplicate things when I have you to push a few simple buttons?” said Cindy with a laugh, “Just give me a moment to get into the chamber. I’ve left instructions that should be simple enough for you to comprehend.”

Susan walked over to the controls, feeling very resentful about the way her younger sister treated her. As if she wasn’t enough of an insufferable genius before, now she was going to be five times that. That thought made Susan worry a bit. What was keeping Cindy from stopping there? She knew her sister’s ego well enough that eventually she won’t settle for just becoming smart enough to be smart scientists. She could drain the brains of even smarter people to feed herself. It wasn’t hard to imagine that Cindy would eventually seek to take over the world with this technology.

But Cindy had made one critical error: she had thought her big sister was too dumb and obedient to ever be a threat to her. Susan might not be super-smart, but she was a lot smarter than Cindy thought. The uploading program was a lot more straightforward than Cindy thought it would be for Susan. Susan might not be smart enough to build a new program from scratch, but she knew enough to change the settings.

Susan deselected the intellect storage file from the uploaded and looked for another data file to put in its place. She soon came upon Cindy’s bimbo files and saw the perfect irony in that. Of course, Susan wasn’t just going to use one on Cindy to make her an older and bitchier sister. She set up the uploader to transfer TWO files as well as set it to drain out Cindy’s meanness and replace it with something sweeter.

Once the new program for the uploader was set, Susan activated it. She could have gone and watched her little sister get bigger, but she doubted she could hide the grin that would tip off Cindy. So she waited a little while until Cindy’s brain was drained enough. She could hear the machine working though as it channeled energy into the chamber.

After a little while, Cindy’s voice, sounding slightly different, snapped, “Ow, why are my clothes getting too small?” ‘Too small’? Susan checked the controls and noticed she made a little mistake. She had forgotten to switch on the inanimate filter so her clothes would be affected by the change. Cindy was only expecting a mental upgrade so she wouldn’t have bothered.

Well, it looks like Cindy will be finding out sooner than Susan expected, so she might as well watch the transformation. She walked around the corner to where the chamber was and almost didn’t recognize Cindy. She was definitely growing quite a bit as her restrictive clothes were showing. Those clothes were the easiest way to identify Cindy as her face has changed quite a lot, gaining a beauty that was not like her old self’s. Even her hair was growing too long and changing to a golden blonde.

Those clothes would not last long on Cindy’s growing body. Not only was she several sizes too large, but her body was filling out in ways those clothes weren’t designed to contain. Her pants were shredding into tighter shorts as her legs filled out into womanly curves. Her shoes and socks had already been shredded by her larger but shapelier feet. Her shirt became more oppressive as large storages of flesh formed underneath, taking up every bit of spare room. “This wasn’t supposed to happen. I was supposed to get, like, as smart as…uh, some really smart guy,” said Cindy, her voice changing in tone.

The rags covering Cindy’s modesty were fighting a losing battle. The pants had been worn down to a piece of cloth that was stretched as tightly as her panties. What little remained of her shirt was riding higher and higher up, just barely keeping her bosom in check. But eventually, Cindy’s figure won out and her last scraps of coverage were torn asunder. Cindy gasped and tried to cover herself up, though her hair was already long enough to cover her breasts. “This isn’t right…but if feels…so good,” she moaned as she rubbed her maturing body. 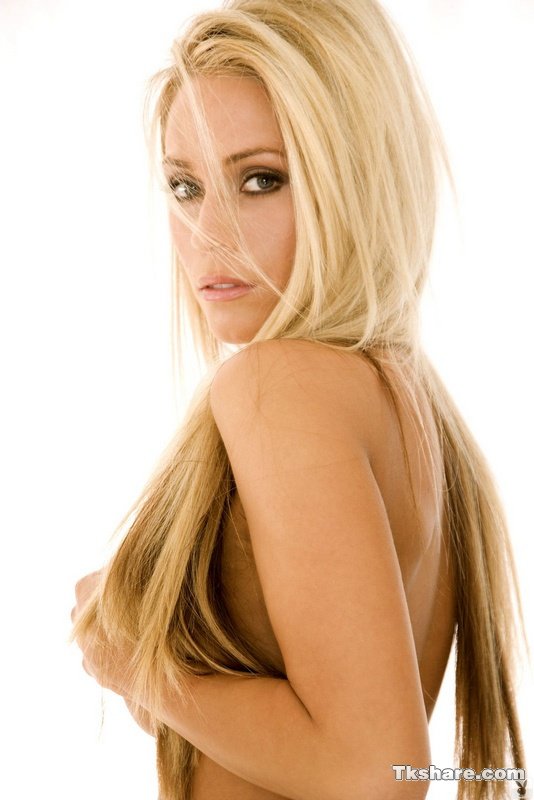 The chamber seemed to power down and it took Cindy a while to notice as she occupied as she was with her body. She had gone from a little girl to a very attractive woman in a short amount of time. She had trouble thinking straight with how aroused she was, but thoughts were slow in coming in any case. This chamber she was in was now so alien to her. She hadn’t the slightest idea of how it worked and was barely able to grasp that she built it.

Eventually, Cindy looked through the glass wall at her sister who had a very satisfied look on her face. “Susan, what did you do?” asked Cindy, her tone not carrying so much accusation as puzzlement.

“I spared the world of your megalomania for one thing,” said Susan, “But I’m sure you’ll appreciate the new you, since you like the halfway point so much.”

“Halfway? What does that…” asked Cindy before moaning loudly as the chamber lit up again. 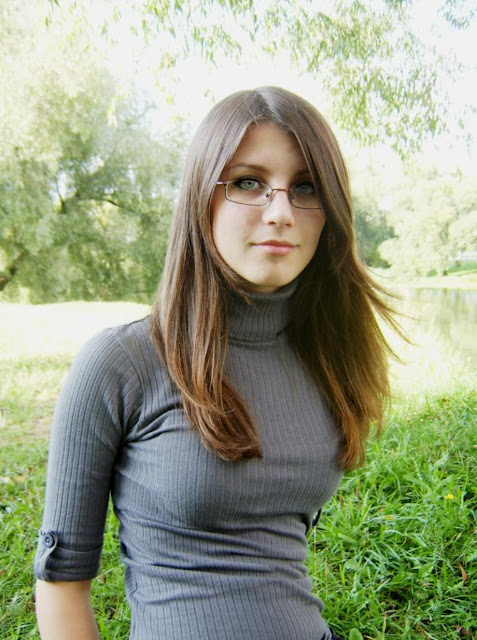 Now that her sister had been taken care of, Susan wanted to right the wrongs she had made. It took a while to find the women who used to be Cindy’s classmates until she had stolen their IQ and youth. The women were not terribly bright, but at least they were able to recognize that they had changed. Susan wasn’t able to give them an explanation of how they were transformed that was very understandable to the women, but at least they were able to understand that Susan could undo it.

However, the women were not eager to change back into their old selves. Oh, they’d rather be smart than ditzy, but they didn’t want to be too smart. Their academic lives seem so smothering now, being pigeonholed into being scientists and scholars instead of having fun with their lives. And unsurprisingly, they loved their new adult bodies and weren’t willing to become little girls again. So instead, each woman took back a portion of their former IQ, enough to make them far smarter than the bimbos they were. Some of them even toned down their beauty a bit so that people would see more than their sexy bodies.

Of course, there was still plenty of leftover brainpower left, as well as Cindy’s siphoned intelligence. Susanne decided it might as well not go to waste and uploaded it into herself. That combined knowledge was more than enough to make her well above average. She could have gone to the New Hampshire Institute and easily win the Marie Curie scholarship. But after the amount of trouble that was made over that scholarship, it didn’t seem worth it. Besides, Susanne would rather not be pigeonholed like the former students were.

So in addition to upgrading her brain, she upgraded her body. Susanne modesty kept from making herself too attractive, though she thought her face was rather beautiful. She had set up this new reality so that she was now a college girl, in a well-respected institute. She was able to apply her brainpower without having to give up on fun. Technically, she didn’t need to have given herself glasses, but she felt that it made her look smart enough to balance out the beauty. 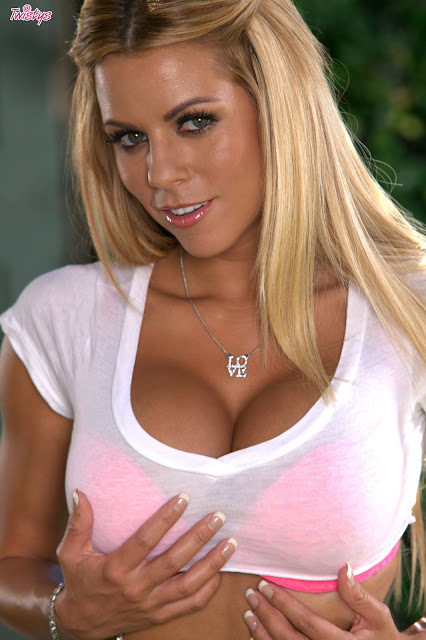 Candy, on the other hand, couldn’t be conceived as smart by anyone. The double bimbo upload definitely showed with her exaggerated figure and her sometimes-childish thoughts and words. Susanne sometimes wondered if she had gotten carried away and should have just used one bimbo file. But despite her overdeveloped curves and lack of advanced brainpower, Candy did have a good heart and always tried to do good, even if that didn’t always work out so well.

Candy’s niceness was certainly something Susanne didn’t regret. She might eventually tone down Candy’s bimbo nature, but her old meanness was gone for good. Susanne had made sure of that by deleting that file. Eventually, Susanne will have to tell her Aunt Elizabeth about the tech developed from the quantum distributor data, though she might leave how things used to be before. There might be a chance that her aunt would be furious about this, but Susanne somehow doubted it.

Follow up: Epilogue
Posted by The Planet of the AP at 6:40 AM